Andrew Cooper leaned over the bow of his boat and peered intently into the brownish water lapping against the seawall. He’d spotted a huge, colorless plastic bag beneath the surface and it was time to get to work.
“Here’s a big piece,” he shouted to co-captain Alex Schulze, who maneuvered the blue-and-white, 24-foot Carolina Skiff closer to the trash. Cooper reached for a net and began to scoop.
Welcome to 4Ocean, a for-profit company founded by Boca Raton residents Cooper, 27, and Schulze, 26, to clean up the ocean and coastlines. Their goal is to create a sustainable future for the ocean by active cleanup.
They’re doing it one scoop of trash at a time.
To date, the company has removed more than 90,000 pounds of trash from local waterways. 4Ocean is supported by the sale of $20 bracelets made from recyclable plastic and glass and promoted on Instagram, Twitter and Facebook.
“We wanted to sell something that was socially conscious. A bracelet is easy and every one funds the removal of 1 pound of trash from the ocean,” Schulze said. 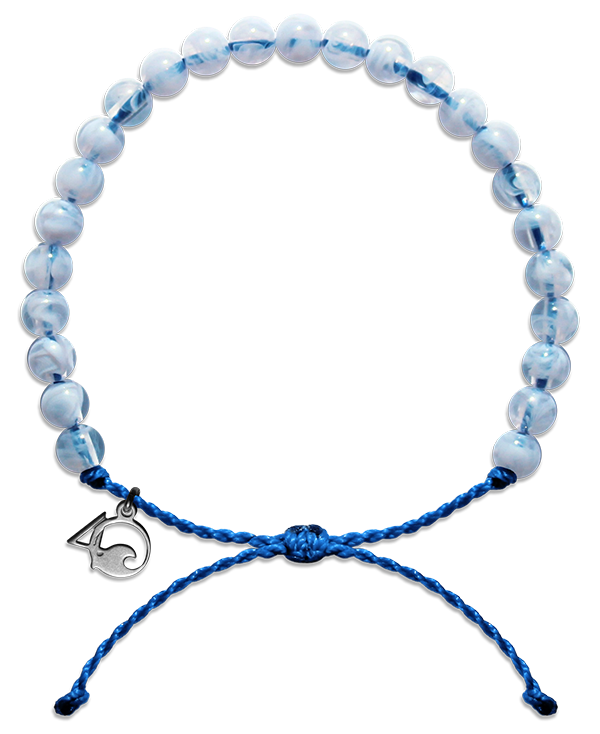 The bracelets —  clear beads on a blue string — can be purchased through the company’s website at www.4Ocean.com.
“We really combined everything we love,” explained Schulze. “We’re both certified captains, we both fish, surf and dive. We essentially started a business so we could both do what we love every day.”
The duo met during college at Florida Atlantic University and founded their company in January with four employees and one boat. Today the company has 40 employees, including seven boat captains.
4Ocean crews work out of seven boats, seven days a week, along waterways stretching from West Palm Beach to Hollywood.
The pair chose to focus on waterway and beach cleanup because they both love water sports and were horrified to see how much trash turns up in the ocean.
“The craziest thing is we find trash from all over the world. It’s unbelievable to see where it all comes from and how it ends up here,” Schulze said.
During a recent pass along the Intracoastal Waterway near Silver Palm Park, their scooping expedition yielded numerous water bottles, a Gatorade bottle, a plastic whiskey bottle, a yellow tennis ball and lots of soggy plastic bags.
“No bodies yet,” Cooper chuckled.
As the boat approached the dock at the Marbella condo in Boca Raton, security supervisor Gary Ramirez came out to say hi.
Ramirez said 4Ocean does a “fantastic job.”
“This should have been done a long time ago,” Ramirez said.
The trash is immediately sorted into 50-gallon drums for glass, plastic and garbage. Later, the recyclables are transported to a recycling plant and the trash is disposed of at a dump. On a busy day, the work crews can collect anywhere from 1,000 to 1,500 pounds of trash. 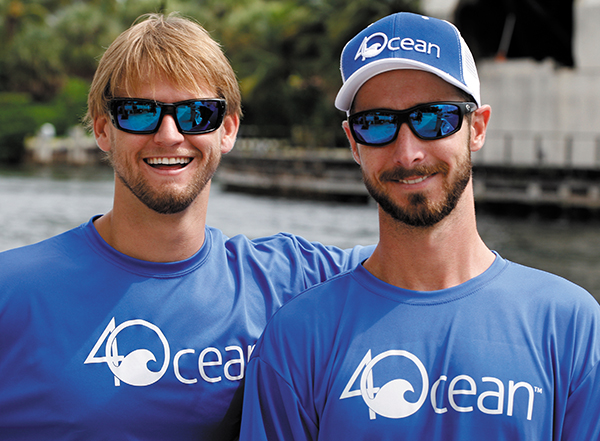 Lots of trash means greater success.
“It’s our impact. The more trash we get, the more seriously we’re taken,” Schulze said.
4Ocean also holds beach cleanups about once a month, mostly in Boca Raton.
Schulze said the endeavor has been a huge leap of faith that’s already paying off.
“We invested our entire life savings in this. We’ve essentially been able to develop the brand and company based on what we love,” he said.