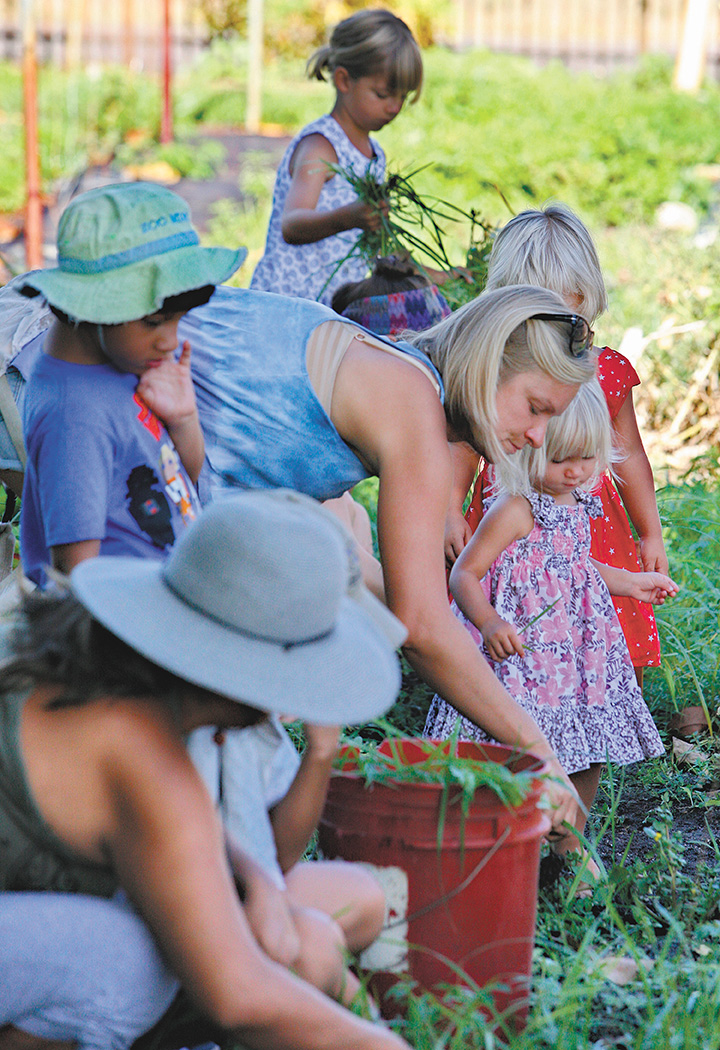 ABOVE: A group of home schoolers and their parents weed the Gray Mockingbird Community Garden in Lake Worth. The group grows fruits and vegetables on the plot of land run by Brian Kirsch, the garden founder.
BELOW: Kristen Litteken gives her daughter Ryker Litteken, 3, a cherry to taste. 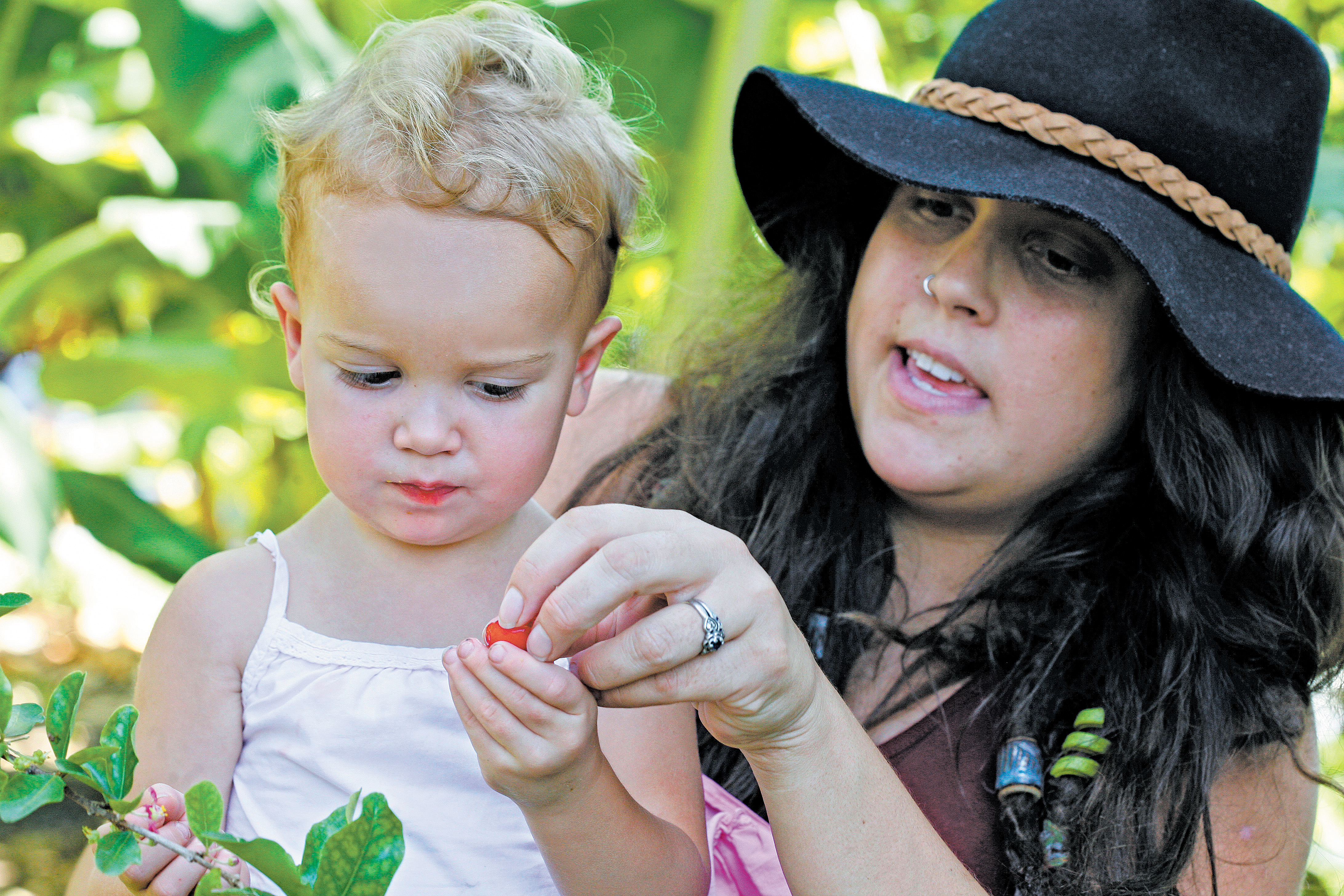