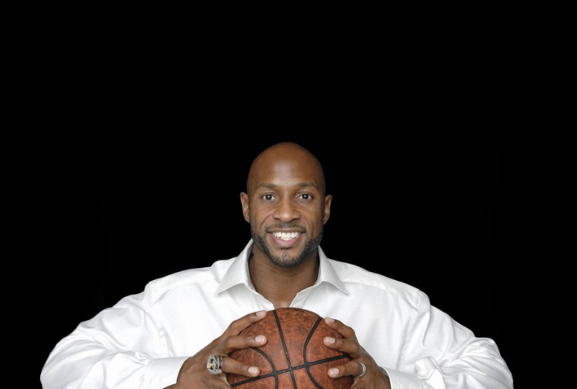 Basketball legend Alonzo Mourning played most of his NBA career for the Miami Heat.

He will be the keynote speaker at the April 6 Inspiration Breakfast.

The 14th annual Inspiration Breakfast, an annual fundraiser benefiting the YMCA of South Palm Beach County, welcomes former NBA star Alonzo Mourning as its keynote speaker, from 7:30 to 10 a.m. April 6. The Miami Heat legend will talk about courage, perseverance, leadership, motivation and philanthropy.
The event is sponsored by BB&T and hosted by Office Depot at its global headquarters at 6600 N. Military Trail, Boca Raton. Info: Ken Okel at 893-2152 or kokel@ymcaspbc.org or www.ymcaspbc.org/inspirationbreakfast

Temple Sinai Co-President Judy Stern, in making this announcement, said, “At our first interview Rabbi Bass exhibited the traits we were looking for in a spiritual leader.”
Bass grew up in Coral Springs. A classically trained soprano, she studied vocal performance at the University of Miami, graduating magna cum laude (1992), with a bachelor’s degree in music and Judaic studies. From 1993 to 2000, Bass studied at the Gratz College in Elkins Park, Pa., earning a master’s in Jewish education in 1999.
She was studying at the Reconstructionist Rabbinical College in Wyncote, Pa., at the same time, and receiving rabbinic ordination and a master’s in Hebrew Letters in 2000.
She has served congregations as rabbi, cantorial soloist and educator at various locations around the United States as well as in Australia and New Zealand.  She is the mother of twin sons.
Info: 276-6161; templesinaipbc.com

Good deed day
Congregation B’nai Israel Boca Raton held its 23rd annual Lori Sklar Mitzvah Day on Feb. 28. The day was full of activities and good deeds, from the EMBrace race for people with disabilities, gleaning in Boynton Beach and hosting a “feed the hungry” barbecue at Ebenezer Missionary Baptist Church.
More than 200 people came out for a free meal, which was sponsored by B’nai Israel’s Kantor Family Center for Justice and Ebenezer Missionary Baptist Church.

Summer interns needed
Young adults ages 19 to 25 (by Aug. 31) are needed to serve in Christian community day camps and outreach ministries within the Florida United Methodist Church, including CROS Ministries and Grace Place for Children and Families.
The internship is nine to 11 weeks and interns receive a stipend of $225 per week, based upon completion of entire summer of service.
To apply for the Florida Conference 2016 Summer Mission Intern Program, go to www.flumc.org/summer missioninternprogram. Contact Heidi at haspinwall@flumc.org.

Everyone counts
They call it Super Sunday and Good Deeds Day.
The Jewish Federation of South Palm Beach County will host its annual day of kindness on April 3. On Super Sunday, the theme is “Everyone Counts,” and volunteers of all ages will make hundreds of calls to check on people in the community while others assemble 30,000 kosher meals for donation to the Jacobson Family Food Pantry at Ruth & Norman Rales Jewish Family Services.
Beginning in Zinman Hall on the federation campus at 9901 Donna Klein Blvd., Boca Raton, volunteers will work in two-hour shifts from 9:30 a.m. to 6:30 p.m.
Raffle prizes, breakfast, lunch, snacks and great camaraderie will make the day fun for the volunteers. Info: 852-3169 or email marcf@bocafed.org.

Food news
Nearly one-third of households who receive SNAP benefits (formerly known as food stamps) don’t receive enough to feed their families. They still depend on food pantries to fill a part of their nutritional needs, according to data for 2014, released in September 2015 by the U.S. Department of Agriculture.
So don’t stop donations to your church or synagogue’s food pantry.