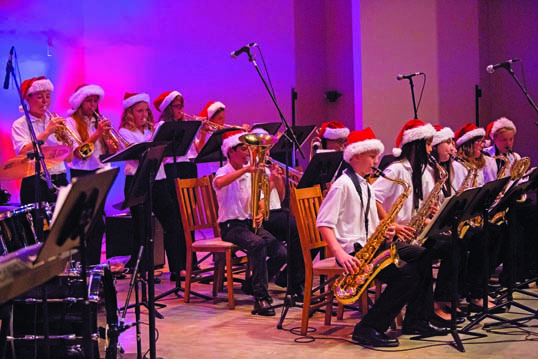 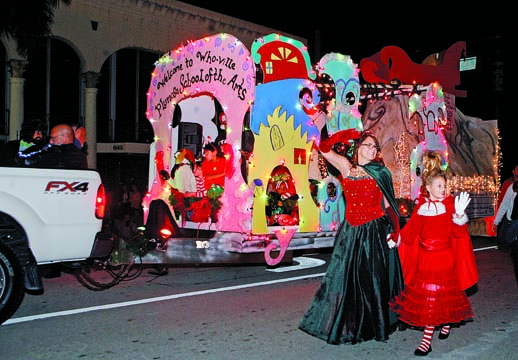 Delray Beach held its annual Holiday Parade along Atlantic Avenue beginning east of the Intracoastal and continuing west past Swinton Avenue. LEFT: Representatives of Plumosa School of the Arts marched with their float in the holiday parade.
Tim Stepien/The Coastal Star 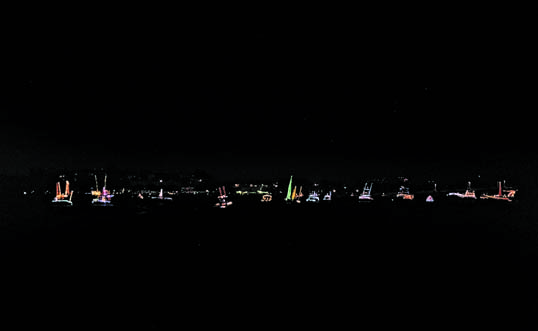 The cities of Boynton Beach and Delray Beach hosted the 43rd annual Holiday Boat Parade along the Intracoastal Waterway from the Boynton Beach Marina to the C-15 Canal, just south of the Linton Boulevard Bridge.  ABOVE: Boats decorated in this year’s parade. Tim Stepien/The Coastal Star