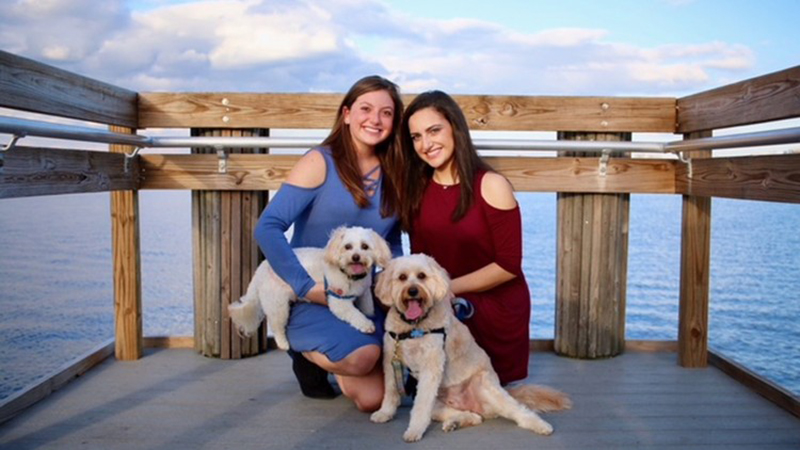 Meet the tail-wagging, always happy Prince, who reigns as a prince among pups. And credit sisters Sophie and Sabrina Ginsburg of Boynton Beach for chronicling the actions and antics of their special dog in a real page-turning, inspiring book.

They assembled 14 stories about Prince and put them in a 146-page book called Dear Mr. Albert … It’s Me, Prince! that is fast becoming a go-to book for elementary classrooms and beyond. It is the first book collaboration by Sophie, 17, and Sabrina, 19.

“All of these are real stories about real things that have happened to Prince,” says Sophie, a senior at Somerset Academy Canyons High School in Boynton Beach.

Adds Sabrina, a sophomore at the University of Miami, “My sister and I began writing down stories about Prince and one day we said, we have so many stories we might as well write a book. Everything in the book is a real story and every character is a real character.”

The characters include Suzy the squirrel — Prince’s “girlfriend” as depicted with playful illustrations by Elena Jacobson in the book.

“Every day in our backyard, Prince would bark at the same squirrel and one day, he picked up the squirrel in his mouth and carried her around,” recalls Sophie. “Prince didn’t hurt the squirrel at all — he just wanted to play.”

The book, aimed at children ages 9 to 12, is told through Prince’s point of view in a series of letters he writes to his service dog trainer, a former prison inmate named Eddie Albert. The Dogs 4 Disabled Veterans runs a service dog program with screened inmates like Albert at Martin Correctional Institution. The mission of this Pompano Beach-based nonprofit is to pair rehabilitated, rescue dogs with military veterans with disabilities.

Prince was making steady progress toward his service dog certification, but then developed Addison’s disease, a hormonal condition in which the body does not produce enough adrenal gland hormones to combat stress.

Suddenly, Prince found himself as a service dog dropout in need of a Plan B. The Ginsburg family learned about this special King Charles cavalier spaniel-poodle mix and were approved to adopt him a few years ago.

“Prince is a big sweetheart, a cuddle buddy and a jock who likes to play ball,” Sabrina says. “Once he became sick with Addison’s disease and was taken out of the program, he never got to see Mr. Albert, so that is what prompted the idea for our book title.

“The whole book is written in a letter style that chronicles Prince’s travels, how we take care of his Addison’s disease and the need for service dogs for disabled veterans.”

The book also documents the introductions between Prince and the family’s resident dog, Bailey, a Maltipoo (Maltese-poodle mix). At two years older, Bailey immediately let Prince know that he would be top dog in the household.

“Bailey is smaller than Prince, but he has an ego much bigger than Prince,” laughs Sophie. “Prince views him as his older brother and now they love each other and snuggle together at night.”

The sisters are winning over elementary schoolteachers, and some are including this book as a learning tool after the sisters gave presentations and read portions of the book to students. One of their stops this year included Freedom Shores Elementary in Boynton Beach, which the sisters both attended.

“We hope students use our book to learn about disabilities and about veterans,” says Sabrina. “And, we have key words at the bottom of each page with definitions. We want young readers to also learn about living with pets.”

Sabrina and Sophie have big aspirations. Sabrina is a pre-medicine major with sights on becoming an astronaut/physician, performing medical research in space. Sophie is  interested in medicine as well as law.

But in between their academic pursuits, the Ginsburg sisters have not ruled out collaborating on a second Prince book.

“We have a lot more stories about Prince to share and he is as funny as ever,” says Sabrina.

And Sophie’s message to children and teenagers?

“It doesn’t matter what age you are, you can write a book if you put your mind to it. You can make a difference.” 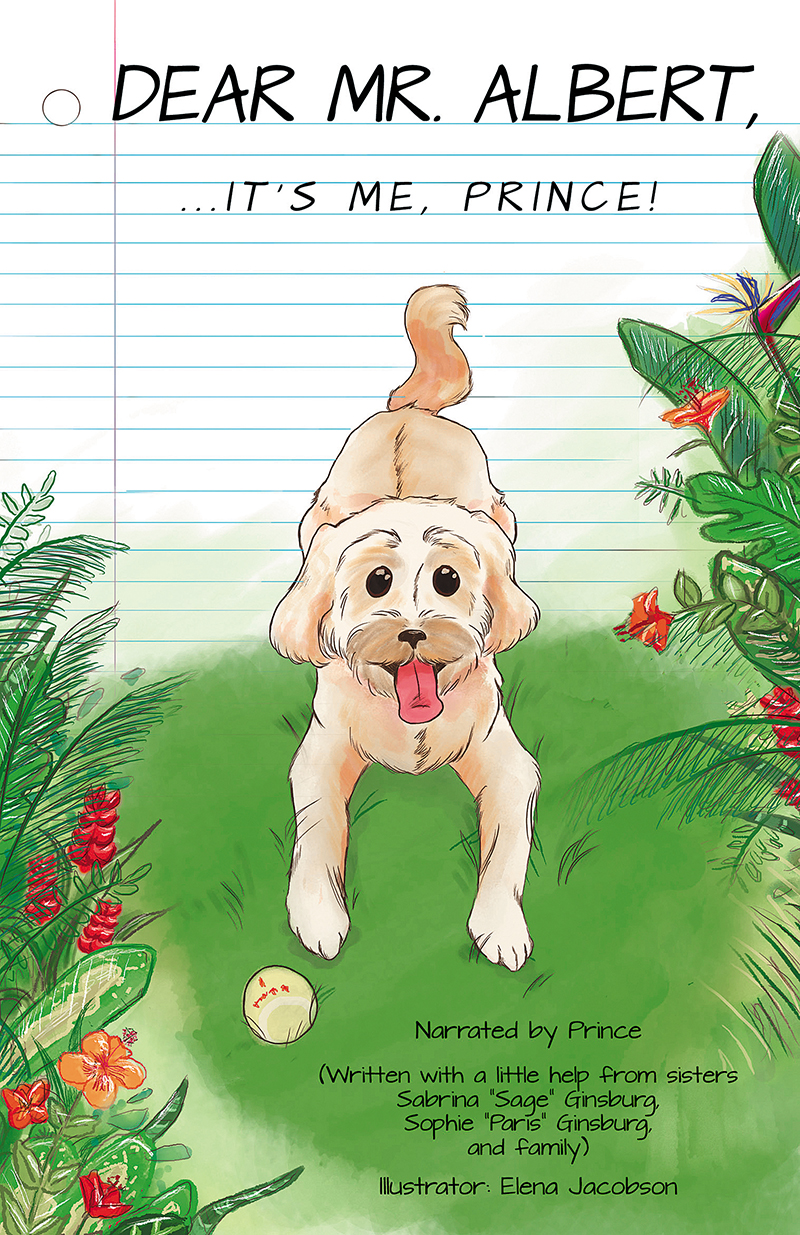 How to buy book

Dear Mr. Albert … It’s Me, Prince! is available in paperback and Kindle versions on Amazon.com at $6.99. Net proceeds will be donated to the Dogs 4 Disabled Veterans (dogs4disabledveterans.org) to cover training costs for service dogs. Learn more at princethedog.com.