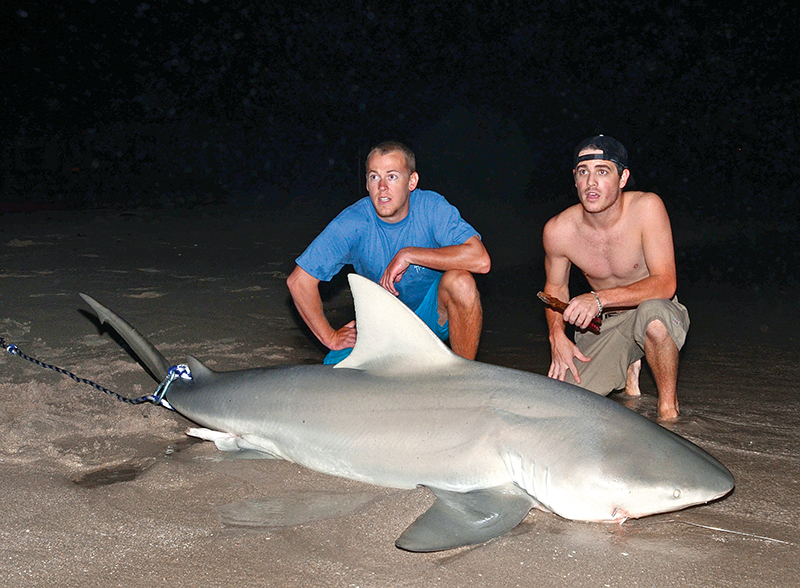 A shark provides a photo op for on-shore anglers before its release. Some beached sharks do not revive and later die. 2013 photo by Jerry Lower/The Coastal Star

The Florida Fish & Wildlife Conservation Commission is considering measures to regulate fishing from shore for sharks — a sport that has become increasingly popular as Florida beaches attract devotees for catch-and-release shark tournaments.

Social media posts showing sharks being hauled into shallow water or onto beaches before being released have increased public concern that shore-based shark fishing is luring sharks into swimming areas — and that catching sharks, including species that are protected from harvest, is damaging shark populations.

Requiring anglers to take a class and receive a free shore-based shark-fishing permit were among the recommendations that anglers and FWC officials discussed during the commission’s Aug. 28 shark-fishing workshop in West Palm Beach.

Not all sharks survive after being caught and released. But the FWC says shark mortality associated with shore-based fishing in Florida does not threaten the sustainability of shark populations.

Other possible regulations discussed at the FWC workshop included:

• A ban on shark chumming from shore, though experienced shark anglers say they don’t use chum, noting that they set their baits hundreds of yards offshore using kayaks or other vessels.

• Gear and handling requirements, such as the use of non-offset circle hooks and/or barbless hooks to facilitate quick releases. The FWC said it also could require that sharks remain in the water while being released and that the releases not be delayed by measuring.

• Prohibiting shore-based shark tournament anglers from targeting sharks that are protected from harvest, such as hammerhead, lemon and Caribbean reef sharks. Twenty-six species of sharks cannot be possessed or harvested in Florida waters.

The FWC has begun a shark fishing educational push, issuing “shark-smart” guidelines that encourage anglers to learn which sharks are prohibited from harvest, to use tackle that does the least harm to sharks, to minimize handling time and to leave sharks in the water while releasing them.

“It’s better to educate than to regulate,” said Josh Jorgensen, founder of the Blacktip Challenge shark fishing tournaments, during which anglers tag sharks for research before releasing them. “There’s thousands of people who want to fish our beaches.”

The FWC staff is expected to present shore-based shark fishing management options to FWC commissioners at their December meeting in St. Augustine.

If commissioners adopt rules in December, they would have to be finalized at another meeting, possibly in early 2019, before they would take effect.

To submit comments about shore-based shark fishing, go to myfwc.com/saltwatercomments and scroll down to “shark fishing from shore.”

Delray Beach approved a 2014 ordinance that prohibits shark fishing within 300 feet north and south of  the municipal beach and Atlantic Dunes Park, even though attorneys argued at the time that only the state can regulate shore-based fishing.

No chumming, or cutting up fish parts to create a scent line below the surface, is allowed in those areas, according to the city ordinance.

The ordinance also requires shark carcasses and pieces to be removed from beaches in the city limits. Any sharks caught by accident must be released, the ordinance says.

The town of Palm Beach has considered regulations on beach shark fishing in the past, but the council decided that state law would supersede any surf fishing ordinance the town might pass.

“We will be watching closely if the state changes the existing law,” Town Manager Kirk Blouin said. 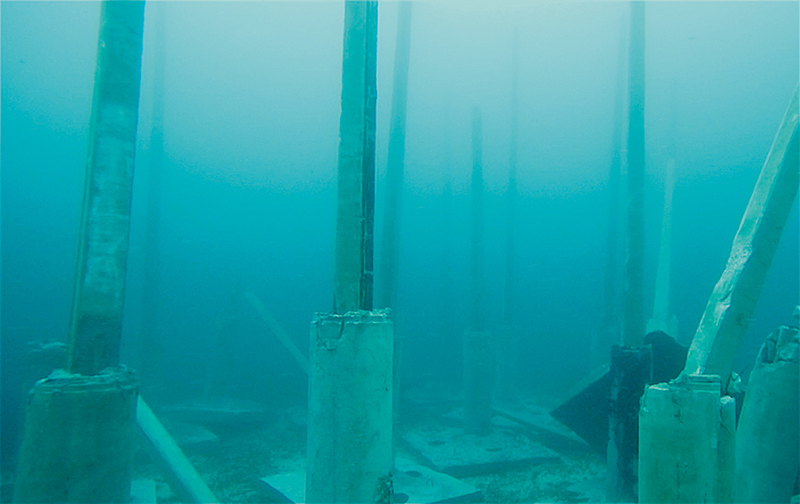 The fishing club’s second deployment of pole reefs brings to 36 the number of darts it has deployed off Singer Island.

At a cost of about $3,000 each   and built largely from surplus materials such as concrete power poles, the dart reefs are relatively inexpensive and versatile, Twyford said, noting that they might be used to fill mucky holes in the Lake Worth Lagoon.

Fish are attracted to the structures in the water, specifically the marine organisms that grow onto the concrete. Fish feed on the growth.

The fishing club paid for the reef darts with funds from its charitable arm, the Palm Beach County Fishing Foundation, along with private donations. 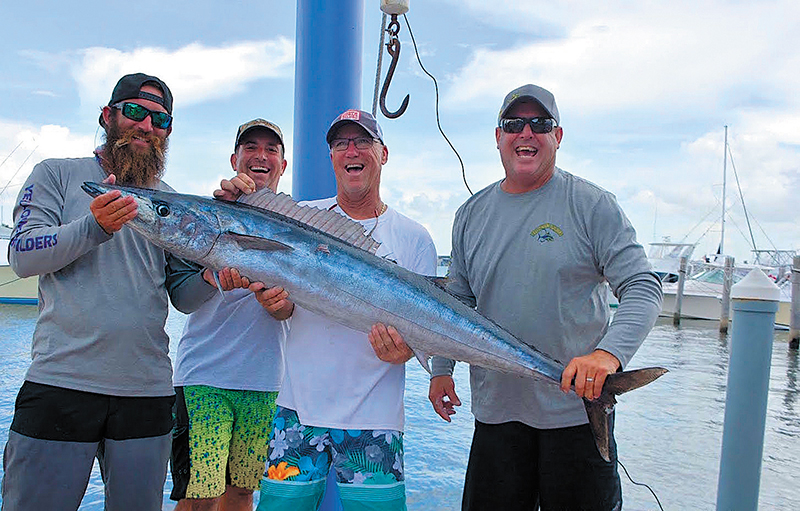 Catching wahoo in a tournament can be difficult.

But Guy Bartels and his Team Yellowfin caught them consistently, weighing in a wahoo on tournament days in June, July and August for a total weight of 94.6 pounds to win the West Palm Beach Fishing Club’s Full Moon Wahoo Tournament Series.

Bartels and his teammates won the $1,000 cash prize donated by C&L Insurance of Boca Raton.

Scott Goldsmith and his team Solution took second place after weighing a 44.8-pound wahoo on Aug. 25 for a tournament total of 76.8 pounds.

Bones Outfitters/Mr. Mullet caught the largest wahoo of the series, 50.2 pounds, on Aug. 25 and finished the series in third place with 69 pounds.

Overall, 64 teams weighed in 27 wahoo in the three-tournament series.

If you plan to clean and eat your catch of dolphinfish (mahi mahi) or other saltwater fish, chill the fish quickly and thoroughly by placing them in an icy saltwater slush, advises Capt. Ray Rosher of Miss Britt Charters in Miami.  Open some ice bags in the boat’s fish box and add ocean water. Immersed in a salty ice slush, fresh fish are instantly chilled, extending their shelf life and making them firm and easier to clean than poorly iced fish.

Tags: column, fishing, on the water, regulations, sharks
E-mail me when people leave their comments –
Follow