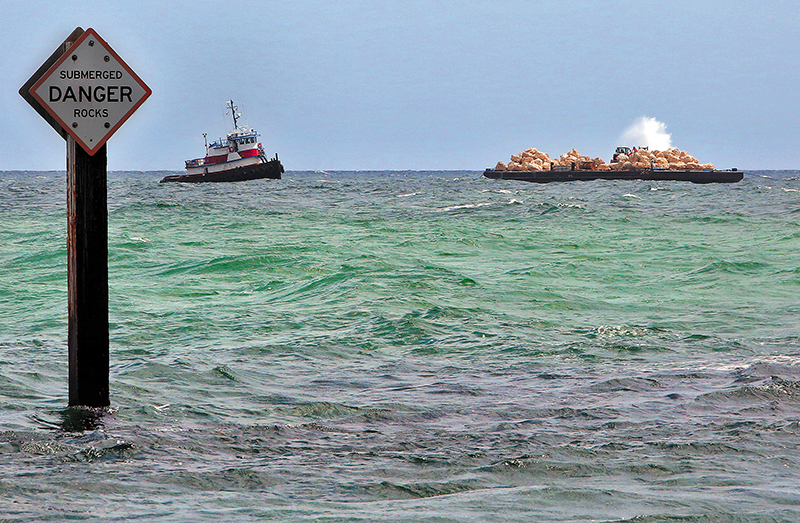 County environmental officials dropped 530 tons of boulders into the ocean northeast of the Boca Raton Inlet to create an artificial reef that intends to help fish moving to the open sea. All four county inlets now have such reefs. Tim Stepien/The Coastal Star

The Boca Step Reef comprises two piles of boulders placed in 35 feet of water about a quarter mile north of the inlet.

The reef is intended to create an intermediate shelter, or steppingstone, for fish moving from inshore habitats to the open ocean, said Carman Vare, environmental program supervisor for Palm Beach County’s Department of Environmental Resources Management.

The installation of the Boca Step Reef completes a county plan to create shallow reefs near each of the county’s four inlets.

Vare said the newly placed boulders should attract small baitfish for anglers and are far enough away from the beach to have no impact on the survival of sea turtle hatchlings that must elude predators to reach the open ocean.

A grant from the Florida Fish & Wildlife Conservation Commission covered half of the $120,000 cost of the reef. County funds were used to match the FWC grant. 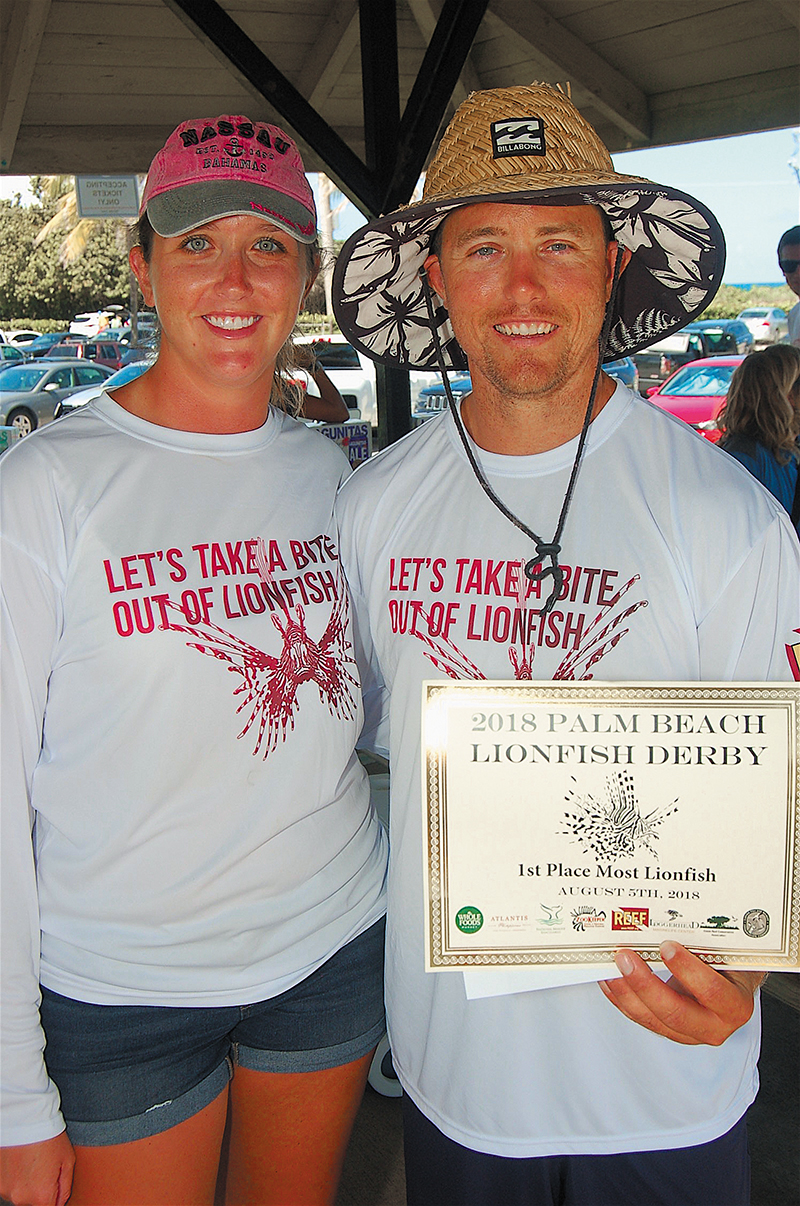 Kelsi Jensen and Paul Cardone of Boca Raton, diving with Don Skinner on Julie’s Ring in waters off Boca Raton and Fort Lauderdale, caught the most lionfish in REEF’s Palm Beach County derby, with 83. The Julie’s Ring team won $1,000. 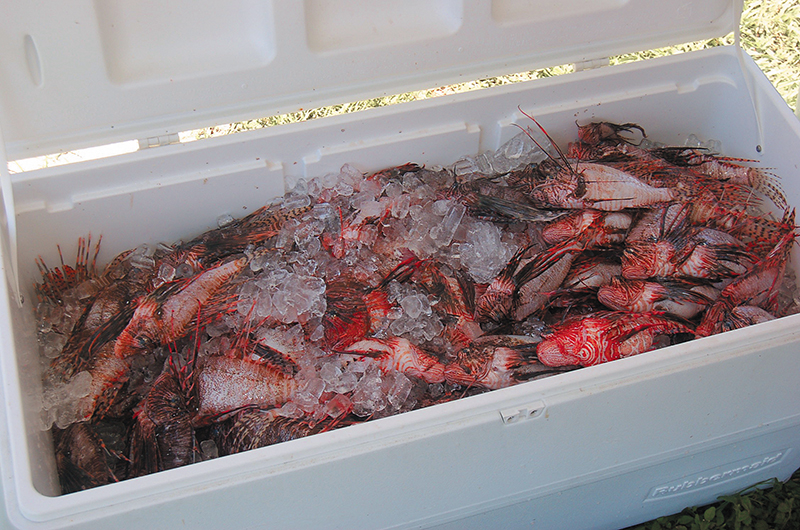 The non-native lionfish fill a cooler after divers in the Lionfish Derby brought them in. Lionfish eat the young of native fish and compete with them for food. 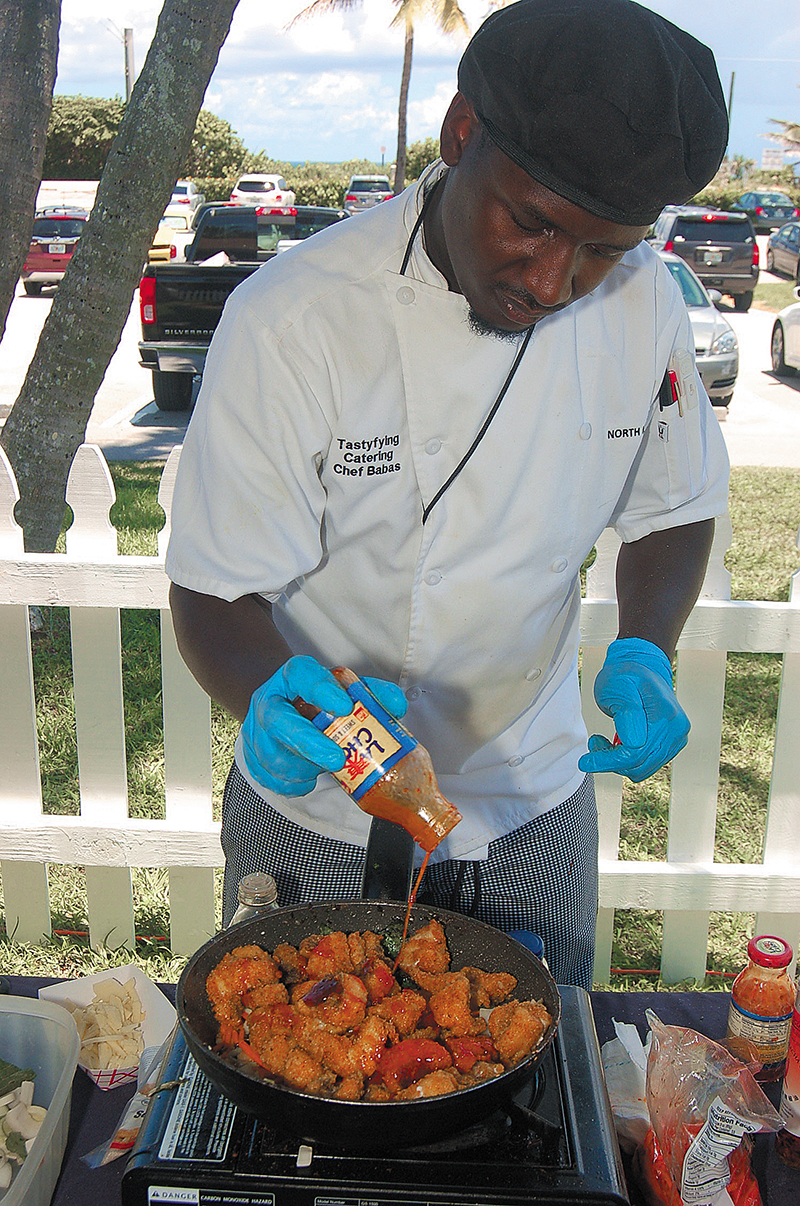 The nonprofit organization’s eighth annual lionfish roundup in Palm Beach County is one of several held throughout Florida to help control populations of lionfish — a small, colorful fish with 18 venomous spines that is native to the Indian and South Pacific oceans.

The prized aquarium fish began multiplying in Florida waters in the early 2000s. Lionfish are living on reefs, wrecks and other locations where they eat the young of native fish and compete with them for food.

In the Palm Beach County Lionfish Derby, team Julie’s Ring — Paul Cardone and Kelsi Jensen of Boca Raton and Don Skinner of Fort Pierce — scoured reefs in 70 to 90 feet of water off Boca Raton and Fort Lauderdale to harvest 83 lionfish and win the $1,000 top prize for bringing in the most lionfish.

Several other cash prizes were awarded, including those for the largest and smallest lionfish.

Chefs at the Aug. 5 weigh-in and awards event used the fresh lionfish to create tasty ceviche, sushi, dumplings and sweet-and-sour lionfish. Promoting consumption of lionfish, which is sold at stores such as Whole Foods Market, is part of the effort to control the species.

The next REEF lionfish derby is scheduled for Sept. 14-16 based at John Pennekamp Coral Reef State Park in Key Largo.

The event begins with late registration and a mandatory captains meeting the evening of Sept. 14. The entry fee is $120 per team. Cash prizes will be awarded.

A Florida saltwater fishing license and lobster permit are required unless you’re exempt. The lobster’s carapace, or head section, must measure more than 3 inches to be legal to harvest.

Lobsters must be measured in the water and landed whole. No egg-bearing lobster may be taken. Daily bag limit: six lobster per person. For details, call 625-5122 or go to myfwc.com.

Snook season opens Sept. 1 and will remain open through Dec. 14.

Snook caught on Florida’s east coast must measure between 28 and 32 inches (total length) to be legal to keep. Other snook should be handled carefully, left in the water as much as possible and released gently. The daily bag limit is one snook.

A Florida saltwater fishing license and snook permit are required unless you’re exempt. 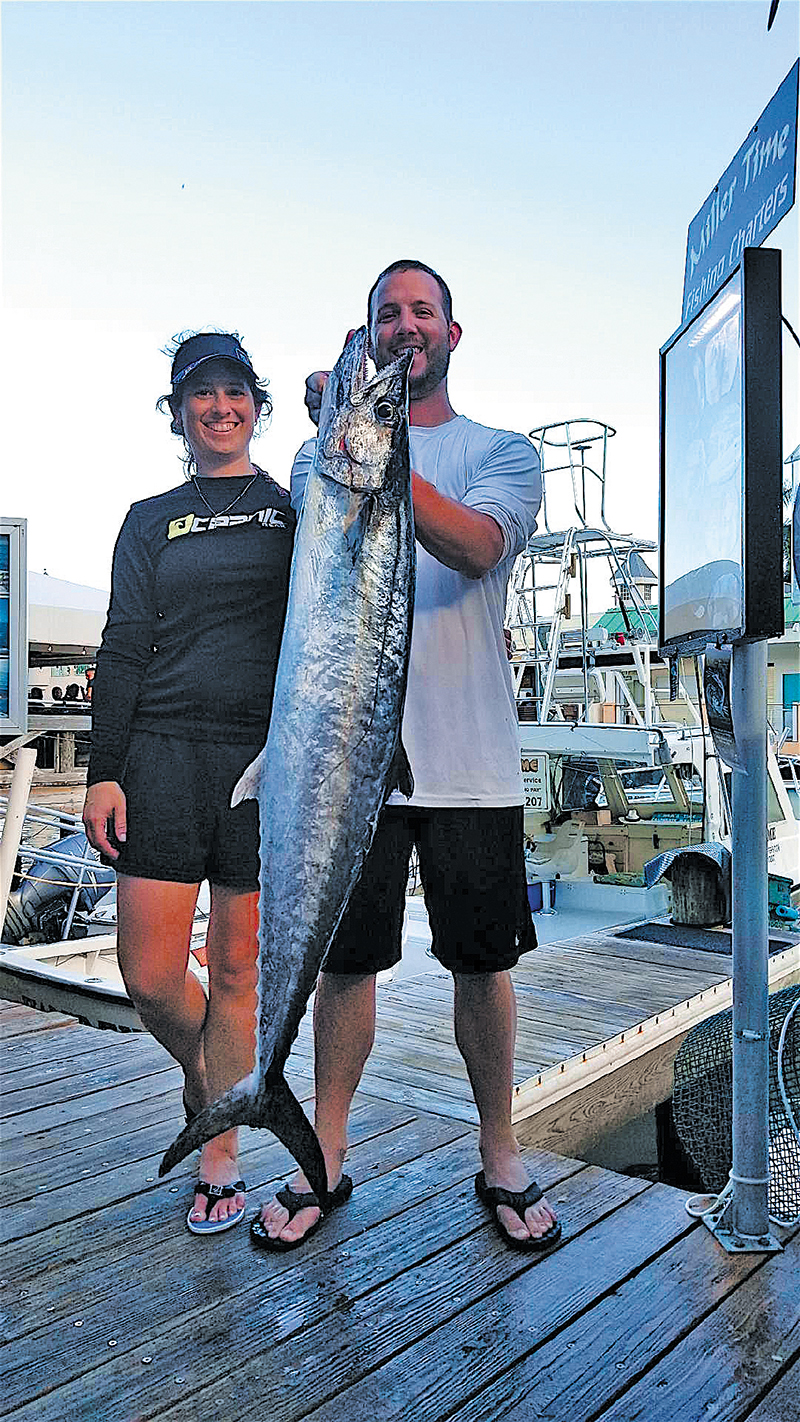 Miller was fishing with his son, Chris Miller, and Katelyn Harris in the 24th annual tournament, held Aug. 11 and based at Veterans Park in Delray Beach.

The annual fishing tournament was started as the Delray Beach Jaycees Fishing Tournament by the late Mark Gerretson to raise money for youth causes in Delray Beach.

The tournament committee said the event has raised more than $150,000 to benefit young people and families in Delray Beach over the years.

As we enter the peak of the hurricane season, boat owners might want to brush up on methods for securing boats, both in the water and on land. BoatUS, the boat owners’ group, makes available pre-storm and post-storm checklists, mooring tips and suggestions for finding a “hurricane hole,” or place to move a boat to ride out a storm.

The BoatUS tips can be found at boatus.com/hurricanes/boaterprep.asp.