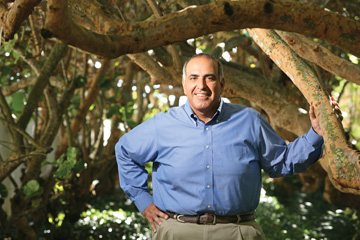 “The question is whether he’s doing this on behalf of the commission,” Attorney Ken Spillias said. Sunshine laws require lawmakers to do their work in public view.

“If you are expecting a recommendation or removing some options or suggesting some options — there are Sunshine Law implications,” he told commissioners at their August meeting. “In reading the minutes, you were asking for him to gather information, but it also used the word ‘recommendation.’ ”

Kaleel said he was acting as a citizen when he offered to help, adding, “I was going to give you the pros and cons and let you decide.” He said he didn’t want a part of being subject to having to conduct special meetings in a formal capacity.

“Because it’s a big decision, and in some ways an emotional decision, you all will be under more scrutiny,” Spillias told commissioners. “I think it’s important to not even approach the line.” 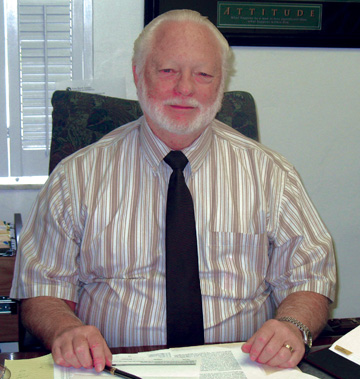 Commissioners backed off Kaleel’s participation and directed Town Manager Ken Schenck to conduct the analysis after his current work on the budget has been completed. Commissioners are expected to vote on the budget in September.

Kaleel had been analyzing what services the town would seek from the Sheriff’s Office and alternatives. He had collected information in discussions with several other people and had anticipated reporting back to commissioners in August or this month. He said at the August meeting he did not yet have a report.

Commissioners selected him to conduct the study after Zoanne Hennigan questioned whether Schenck or Police Chief Chris Yannuzzi could collect information comprehensively and without bias.

The former mayor first suggested asking how much  the sheriff would charge to patrol Ocean Ridge while he was still in office. Kaleel’s term  as  mayor expired in March after he decided not to seek   re-election