BOCA RATON — You’d be hard-pressed to find anyone who knew the city of Boca Raton and its history better than Peggy McCall.
Mrs. McCall served as volunteer archivist for the Boca Raton Historical Society for more than 25 years, helping to establish the society’s local history search collections and assisting hundreds of researchers in their work. Her passion for the job and the breadth of her work earned her many important accolades over the years, including the 1991 Woman of the Year, the Myrtle Butts Fleming Award (the historical society’s highest honor) and in 1998 she was inducted into the Boca Raton Walk of Recognition. 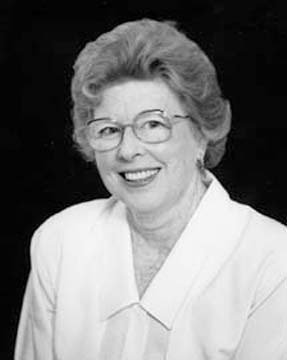 Mrs. McCall died on Sept. 18, her 91st birthday. She was born in New York City, according to her son, Howard McCall Jr., and moved to Florida in the early 1930s.
“She lived in places like Mount Dora and Orlando,” he said. “But her family settled in Vero Beach. Her father was in the citrus business. He owned orange groves and was the president of a packing company. He had a great name: Jack Frost.”
Mrs. McCall attended Florida State College For Women, as it was originally called, then returned to Vero Beach when World War II broke out to work in the hospital. It was there she met Howard McCall, who was an airman at the naval air station.
“She had a boyfriend, who happened to be my dad’s best buddy,” her son said. “When he got shipped out, he said, ‘Howard, I want you to make sure you take care of Peggy for me.’ He certainly did!”
The two were married in 1943 and would spend 68 years together, right up to Howard Sr.’s death in December 2011. They had three children — Carol, Howard Jr. and Russell — followed by nine grandchildren, 19 great-grandchildren and four nieces and nephews.
“I remember her from my childhood as being very active,” her son remembered. “She was a good swimmer, tennis player and golfer. My dad had an architectural practice that he opened in Boca and we moved there in 1959.”
That was when Boca Raton was at the beginning of an explosive growth spurt.
“Back then we had a four-digit phone number,” her son said. “The town consisted of about 5,000 people and everybody knew everybody. My parents moved us here just as Boca was beginning to grow, when IBM and FAU came in. My mother had a chance to be very active in a very active town at a very active time.”
Mrs. McCall was a founding member of the Debbie Rand Memorial Service League and a member of the Art Guild of Boca Raton. She joined the Boca Raton Historical Society, becoming an honorary trustee and served as treasurer, membership chairman and then archivist for a quarter of a century.
“She was a real history buff and really enjoyed genealogy,” her son said. “When she finished doing our family tree, she helped other people get started on theirs. That’s what led her to her role as archivist at the historical society, where she excelled. She was extremely organized, in a non-computer sort of way. She could track down heirs of a plumbing company to get drawings of a house that was built on 12th Street. She was as much a private detective as she was an archivist.”
As a mother, her son remembered Mrs. McCall as a no-nonsense disciplinarian next to her more laid-back husband.
“But all the kids in the neighborhood liked her,” he said. “She was a young mother, so she was up to speed and relevant to my friends. Kids weren’t hesitant to come to our house. No generation gap there.”
Eschewing the computer, Mrs. McCall was better known for handwritten letters and long telephone conversations.
“She was never one for the Twitter, text message era,” her son said. “She preferred writing you a 10-15 page letter by hand. She was a reader — and a writer.”
Mrs. McCall’s life was celebrated with a memorial service on Oct. 11 at St. Gregory’s Episcopal Church, where she was a member for over 55 years. The family requests that remembrances be made in her name to the Memorial Fund of St. Gregory’s Episcopal Church or to the Boca Raton Historical Society General Fund, 71 N. Federal Highway, Boca Raton, FL 33432.