DELRAY BEACH — Insiders often called him ‘‘the nicest guy in the room.” But Edward Ernesto Iacobucci was also known as the visionary who had the nerve to leave IBM in 1989 and develop computer technology that would lead to a collaboration with Microsoft — and turn his brainchild, Citrix Systems, into a $3.5 billion company. 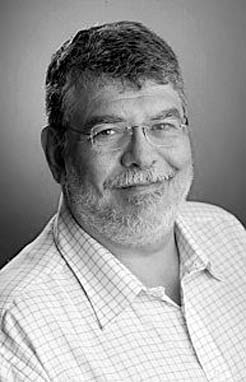 Mr. Iacobucci, who had lived in coastal Delray Beach for many years with his wife, Nancy, — often an integral part of his business negotiations — died June 21 after a 16-month battle with pancreatic cancer. He was 59.

Considered a free spirit in a regimented techie world, Mr. Iacobucci had the rare combination of incredible people skills and IT foresight, say those who knew him. One British writer wrote after Mr. Iacobucci’s death that the Citrix founder was “almost always” the smartest guy in the room but “always listened to what you had to say.”

After leaving IBM in 1989 over developmental differences, Mr. Iacobucci and his team of determined defectors threw $3 million in development money into OS/2, eventually developing a Windows multiuser version that finally drew the attention of the Bill Gates gang.

Vicky Harris, marketing director of a later Ed Iacobucci start-up company, VirtualWorks, was with Mr. Iacobucci during the early Citrix years. “He inspired people,” she said, simply. “I call it drinking the Kool-Aid, because — from an employee standpoint — when you came to work, you weren’t working. You were changing the world.”

Harris said Mr. Iacobucci was always one to follow his instincts, even when they took him away from the mainstream. “If everyone’s zigging, he’s going to zag,” she said. As his 1989 resignation letter to IBM, he simply handed his bosses a copy of Robert Frost’s poem, “The Road Not Taken.” The boat he used to take to the Bahamas is called “Tenacity.”

Born Sept. 26, 1953, in Buenos Aires, Argentina, Mr. Iacobucci was the son of a biochemist who moved his family to the United States in 1960 to work for E.R. Squibb & Sons. Later, when his father began working for Coca-Cola, Mr. Iacobucci was mentored by former Coca-Cola Chairman Roberto Goizueta. Mr. Iacabucci said often that both men — his father and Goizueta — had strongly influenced his business acumen.

Although Mr. Iacobucci left Citrix in 2000 to launch other companies, Citrix CEO Mark Templeton said the company would “carry his wondrous torch forward.”

“Ed’s spirit of entrepreneurship, creativity, passion and persistence will always remain at the core of Citrix,” Templeton said.

Besides his wife, Mr. Iacobucci’s three children and three grandchildren also survive him, in addition to his brother, Billy.