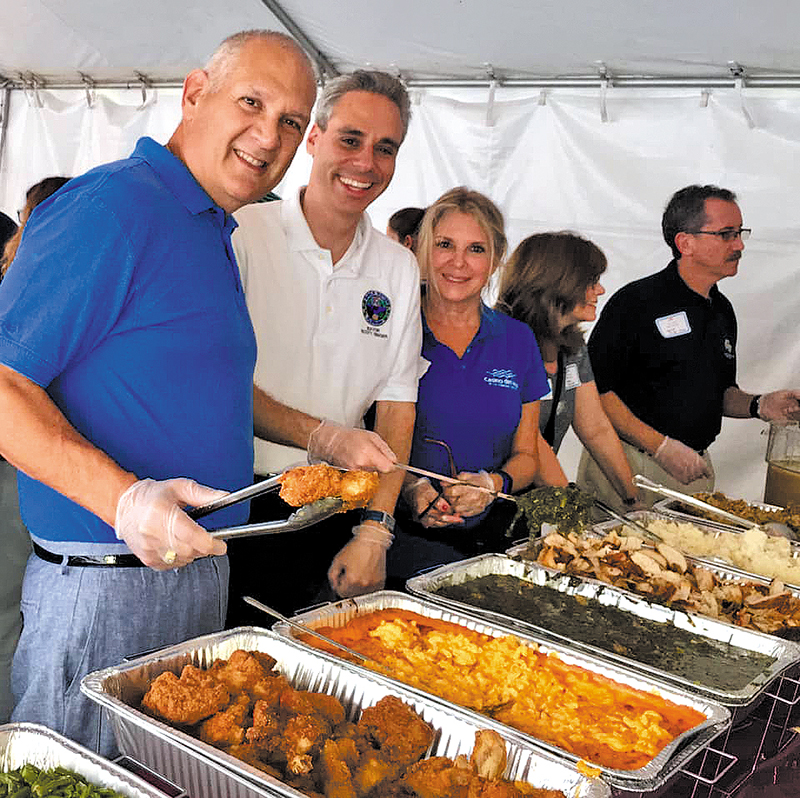 On Nov. 26, nearly 3,000 people, many of them children, will dine on dishes made by the best chefs at some of the finest country clubs in Boca Raton and Delray Beach. Another 1,000 will receive dinners packaged to go. But at the end of the meal, there will be no check to pay and no server to tip.

The annual Feed the Community Thanksgiving Dinner is a joint venture by two Boca Raton congregations — Congregation B’nai Israel and Ebenezer Missionary Baptist Church — to feed their friends and neighbors who don’t have the resources for a full Thanksgiving meal.

The dinner will take place starting at 3:30 p.m. in Ebenezer’s church building and the surrounding property at the southwest corner of Glades Road and U.S. 1 in Boca Raton. Tents will shield the food, dessert and beverage areas and provide shade for diners.
The Thanksgiving dinner tradition has been around longer than senior Rabbi Robert Silvers, who has served the synagogue for 26 years.

“I will brag about it,” he laughs. “It functions as a well-oiled machine. But to us, it’s not a special event. It’s what we do.”
The partnership between the two houses of worship began in 1984, when the synagogue’s leaders approached Ebenezer’s with an idea for a cooperative Martin Luther King Jr. commemorative event.

In 1985, the congregation at Boca Raton’s fledgling synagogue joined with the congregation of the city’s oldest African-American church for an interfaith service in memory of King, a year before Martin Luther King Jr. Day was officially celebrated.

From there, the relationship grew.

This fete isn’t popular with just the diners. There are so many volunteers from CBI’s congregation that it limits each person’s shift to 45 minutes, so everyone gets a chance.

“Now we have two and three generations of volunteers,” Silvers said. “Teens who came with their parents are now here with kids of their own.”

Silvers says Ebenezer and CBI have more in common than one might think.

“We both share the same giving heart,” he says. “We know the value of helping others. It’s a blessing to us to be a blessing to others.”

For more information about the Feed the Community Thanksgiving Dinner and other projects, call coordinator Minda Shaiman at 241-8118, ext. 119 or email minda.shaiman@cbiboca.org, or call Ebenezer church at 391-7357.