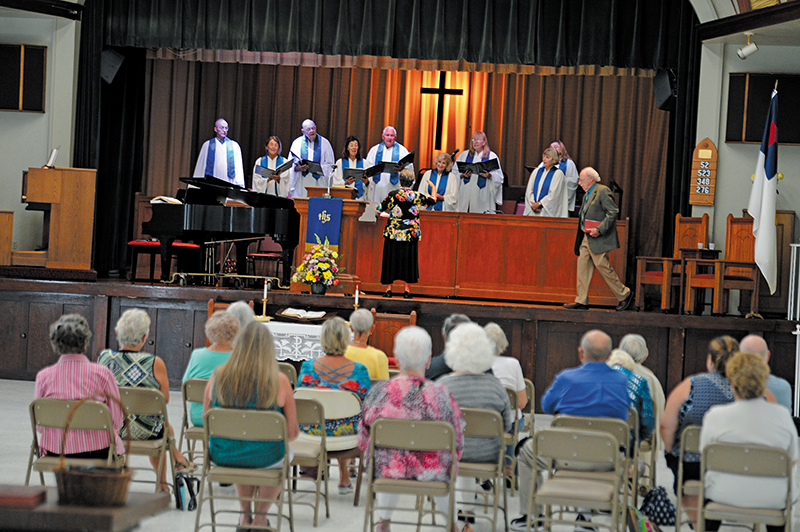 More than 60 people attended and other Briny residents watched the service on BBC-8, the community cable service. By the following Sunday, Briny had closed the services to the public until further notice. They still will have a pastor and choir, and each service will be on BBC-8. Jerry Lower/The Coastal Star

For millions of Americans, to have no church on Sunday or Shabbat on Friday is the cruelest of the restrictions on our lives so far, especially when we need comfort and spiritual support the most.

People depend on their faith and its rituals like Mass, prayer, confession and Communion even more during times of crisis. Worship fosters a soothing optimism that comes from the belief that God will take care of us.

In mid-March, just as we began coronavirus restrictions, the Rev. Ben Thomas, associate rector at St. Gregory’s Episcopal in Boca Raton, got a phone call asking him to perform last rites for a parishioner who had been hospitalized suddenly. He performed rites over the phone, the first time he’s ever done that or heard of it being done.

“The beeping of the machines seemed louder,” Thomas said.

The person didn’t have COVID-19, but visiting the hospital is a real concern for Thomas, a father of five children, ages 6-12.
It’s just as important to let people know the church has not forgotten them, and the leaders are using every avenue available to reach the congregation. The clergy and senior lay people have divided up the names of the 1,200 members and they will call each one, Thomas said.

Churches are electing to live-stream services in place of in-person worship, as are some synagogues, but Orthodox synagogues don’t allow the use of technology, so those rabbis are encouraging families to pray at home together.

For many spiritual people, technology is their lifeline to God right now.

On that first Sunday, 140 families logged in to live-stream, and the church got lots of good feedback. “We want to make services more intimate, and there are just some things that work better live,” he said. “We will also be taking live questions via text.”

Hagen worries about the older parishioners, especially, because “church is their meeting place, and seniors love to be together.” For now, Bible studies will be virtual, and the church connects its parish with programming from Right Now Media, a nonprofit membership service with streaming of Bible study videos and other positive programming. Email Hagen at AHagen@GoAdvent.org for information on getting access.

If you need a special prayer for yourself or a loved one, you can post a request on the Advent Prayer Wall. Or you can find people who need prayers and pray for them. “I’ve seen the church family really pulling together, and that will make a difference,” Hagen said.

There’s no shortage of information for people looking for spiritual reassurance. “All the resources springing up are pretty cool,” Thomas said. “A friend of mine said, it’s like ‘where do I want to go to church today?’ It’s a chance to make technology really meaningful.” 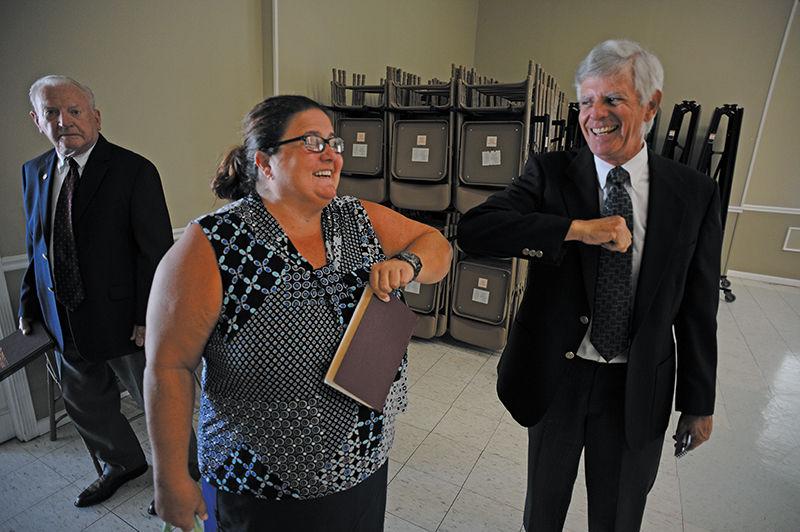 Virtual attendance is up. The daily Eucharist at St. Gregory’s has minimal attendance, but the stream on Facebook Live is attracting hundreds of people who need a daily dose of prayer.

Appreciation is up, too. “People are telling us how grateful they are we’re here for them,” Thomas said.

Other classes and groups will meet on Zoom, the videoconferencing/webinar service, and new ways of communicating will spring up. “I don’t think we’re going back to the way things were,” Thomas said.

And there’s another message the Rev. Andrew Sherman of at St. Gregory’s wants to send: “God is not quarantined,” he wrote in his letter to parishioners on March 13, which included his cellphone number.

To symbolize God’s eternal presence, St. Gregory’s has established a “Tent of Meeting” outside the church to make its support visible. It’s a reference to the Old Testament and the tentlike sanctuary Moses carried. Destruction of the temple does not stop worship. Separation by physical distance doesn’t stop faith. But it does change it.

“Our presence in front of the church is symbolic, to show people we are here for them,” Thomas said. “People are looking to us for guidance, and we’re going to be there. Father Sherman said it’s like we’re learning to be priests again.”

Catholics are being asked to watch services on TV, too. On March 20, the Diocese of Palm Beach suspended public celebrations of Mass within the diocese. Priests will continue to celebrate daily and Sunday Mass without congregations, and a list of local parishes live streaming Mass and television stations airing Mass is available at www.diocesepb.org. The Diocese of Palm Beach airs Sunday Mass on WTVX Channel 34 at 10:30 a.m.

On March 13, the Episcopal Diocese of Southeast Florida canceled all worship, events and other gatherings until at least March 30, hoping that Easter services on April 12 wouldn’t be restricted. But on March 20, the diocese said with the exception of 12-step programs, all worship, events, and other gatherings are canceled until at least April 15. This means Easter, “our most sacred liturgies of the year,” Father Paul Kane of St. Paul’s Episcopal of Delray Beach said, “will be virtual this year.”

Kane says we should really call this physical distancing, because in some ways we’re more socially connected than ever before. “We’ll continue to spread God’s word, just not the virus,” he said, pointing parishioners to the church website, YouTube channel and Facebook page. The church is committed to keeping person-to-person communications alive, especially for older adults, reaching out by phone and email as much as possible.

Kane also recorded a message addressing the sacrament of communion: Can we take it at home? According to the Episcopal Church, yes.

“When being present at a celebration of the Eucharist is absolutely impossible, such as during this pandemic, this act of prayer and meditation can provide the means by which you can associate yourself with the Eucharistic Action and open yourself to God’s grace and blessing.”

To find out more, visit www.stpaulsdelray.org.