Even if the thermometer doesn’t show it, the calendar says it’s fall. In South Florida, that means the return of the green markets — along with the beginning of “the season.”

The first to return is the Lake Worth Farmers Market, opening Oct. 20.

In its 13th year, the market held waterside at A1A and Lake Avenue next to the bridge is popular for its authenticity. Local farmers and plant growers bring their goods to market following the growing season. Shoppers can expect leaner bins at first, then increasing as the season progresses with farm-fresh goods.

Along with produce and landscape and garden plants and herbs, prepared foods are available, including a hot breakfast at Shirley Rigdon’s booth, and lunch made fresh at the gyro spot.

This market is open 9 a.m. to 1 p.m. on Saturdays. Both Delray Beach GreenMarket and the Boca Raton GreenMarket open Oct. 27. Delray’s vendors, numbering more than 65, turn out Saturdays on the green at Old School Square Park. Artisan breads — many gluten-free — tropical fruits and juices, farm-fresh eggs, raw milk and butter, artisan cheese and more are available here.On alternating Saturdays the market will feature a “Chef Showcase” with local chefs shopping the market and creating a dish on site.

Samples will be handed out to marketgoers. Recipes for the dishes are posted on the GreenMarket Facebook page, along with the schedule for the showcases.

The market has grown in its 22 years, with vendors offering more organic and vegan choices, along with indie home food makers bringing hummus and jams, fresh baked goods and pastries, pickles and more.

Plants and orchids are a mainstay, and there’s live music here, as well.

Special events are staged at the market throughout the year, such as their popular chili cookoff.

The market kicks off with Trick or Treating for families, and the annual Witches of Delray Charity Bike Ride. The market is open 9 a.m. to 2 p.m. Saturdays. 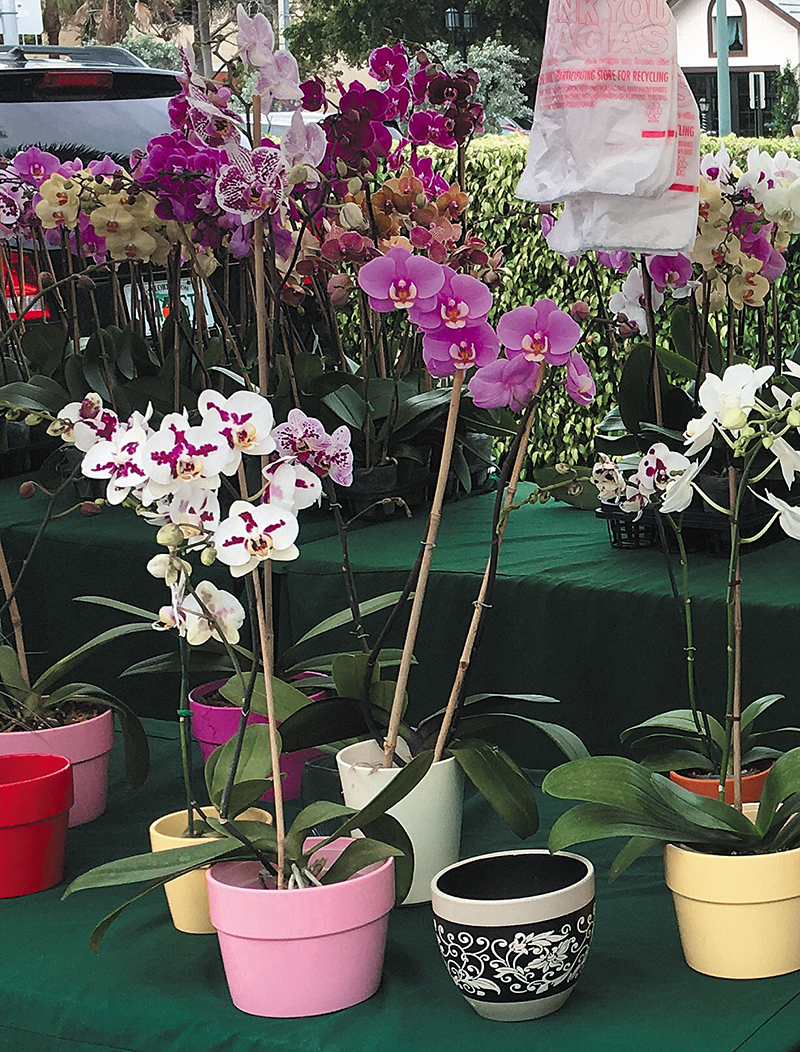 Boca Raton’s GreenMarket is known for its orchids as well as specialty foods.

Also celebrating its 22nd year, the market that meets at the southeast corner of the Royal Palm Place has locally grown produce, baked goods, including gluten-free and organic, fresh cut flowers and plants, herbs, soaps and lotions, candles, oils and vinegars and dog treats.

It’s a social scene as well, as shoppers mingle and grab a bite from the vendors or the plaza restaurants.

Live music is featured here from 10 to noon on certain Saturdays; the market is open 9 a.m. to 2 p.m. each Saturday.

A live music venue with Southern roots is coming to the former Smoke location in Delray Beach. Tin Roof of Nashville, a national chain, is slated to open this fall.

Live bands, favoring local groups, are the focus for music. Some national acts may come through as well.

A menu of bar foods such as wings, barbecue chicken, quesadillas, sandwiches and pizzas made on flour tortillas is featured.

The restaurant began in 2002 near Music Row in Nashville as a spot for performers to gather when not on stage.

The casual restaurant takes over the large patio next door as well.

This will be its second Florida location, with one in Orlando.

The restaurant is at 8 E. Atlantic Ave.

A new owner has taken over one of the most hidden restaurants in the county. Jessica Scialetti bought the Winemakers Table on Congress in Delray Beach in May, and made changes throughout.

The menu also changed, with the arrival of chef Joshua Bradley, formerly of the acclaimed Market 17 and Cafe Maxx in Fort Lauderdale,

The concept, formerly American cuisine, is now “creative and European,” as Scialetti, a Swiss-born restaurateur, describes it.

The menu changes monthly, and features a number of fine wines both domestic and international. Wine dinners are planned monthly.

A private room for 12 is available here, and the restaurant can be booked for private parties on Mondays.

Winemakers Table is at 2875 S. Congress Ave. and is open for dinner Tuesday-Saturday.

Loch Bar is scheduled to open this month in the former GiGi’s, Karma and Spin Ultra Lounge space in Mizner Park.

The same group, Atlas Restaurant Group of Baltimore, has made a success of Ouzo Bay, a Greek-themed eatery nearby in the plaza.

Loch Bar’s menu is centered on a raw bar and craft whiskeys, in an upscale-casual setting. Live music will set it apart from other oyster bars, along with a more modern vibe.

Rok:Brgr in Delray Beach’s former Tryst location has closed. Another restaurant with a different concept is rumored to have bought the space and a fall opening is planned.

The Wine Room, a successful wine bar from Winter Park featuring pay-by-the-glass auto-dispensers, is expected to open sometime soon in the former Caffe Martier in Delray Beach. Wine Room owner Bruce Simberg has spent $2 million on restoration and renovation in the buildings, which once housed the historic Arcade Tap Room. A full menu is planned at this location, along with specialty cheeses and wine sales.
Truluck’s, recently closed in Mizner Park, is said to be taking over the former Piñon Grill on the back side of the Town Center mall. No word on its opening date as of this writing.

Boynton Beach’s Palermo Bakery is doing its patriotic duty by supporting the USO’s Military Morale program. Palermo donates baked goods, unsolicited, to the Marine and Navy reserve troops staging in the county through the USO, a support organization for the military. Florida’s USO is based in Tampa.