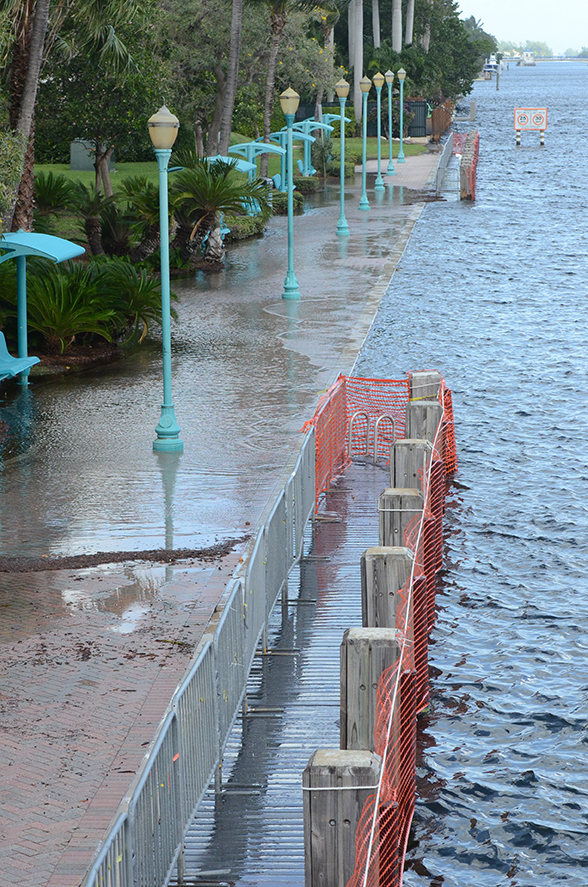 Delray Beach closed its public boat docks at Veterans Park in late November while it assesses the stability of the structures at 802 NE First St.
The city sent out a consulting engineer to review the stability of the docks and seawall at the park, the docks at the city’s marina and also a portion of Marine Way between Southeast First Street and the Deck 84 restaurant, said Randal Krejcarek, director of Environmental Services.
That report won’t be finished until early next year when it will be reviewed by the city commission for possible fixes, Krejcarek said.
“The elevation of the Intracoastal Waterway is actually higher than the road (portion of Marine Way),” he said. “We want to be sure the road can handle the weight of a garbage truck without cracking the water main” that lies 30 inches below the road surface. Traffic is limited to residents only in that area.
That portion of Marine Way shows erosion and cracking, made worse by the king tides in late October, Krejcarek said.
The other areas of Veterans Park remain open, the city  said.