Memorial Day, once known as Decoration Day, began after the Civil War to remember the fallen of that conflagration. It now honors all who have died in military service to the country. More than 100 people gathered at the Delray Beach Memorial Gardens Municipal Cemetery to honor men and women who have died in service to the military. 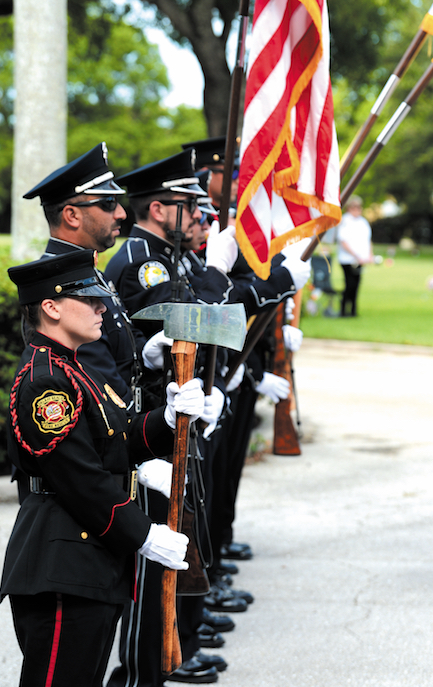 Honor guard commander Jacquie Sandoval leads the Delray Beach Fire Department in a presentation of the colors. She works in the Highland Beach fire station. 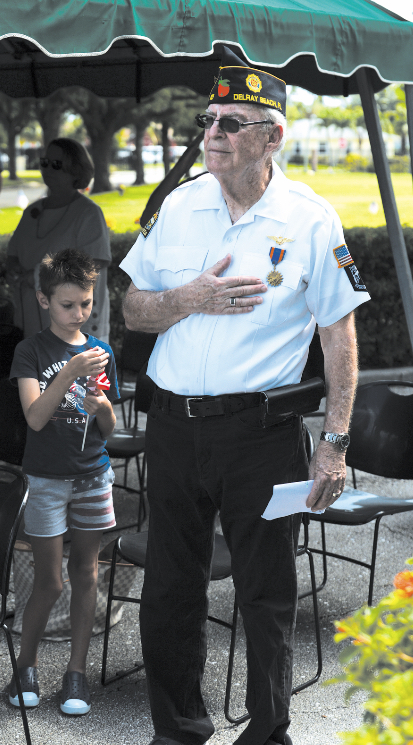 Delray Beach American Legion Post 65 chaplain Bill Stanton places his hand over his heart during the playing of taps. 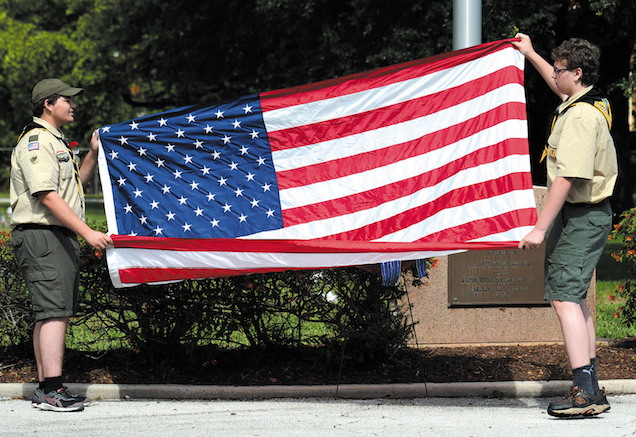 Boy Scouts from Troop 301 in Delray Beach unfurl a flag before it is raised, and then flown at half-mast, at a ceremony in tribute to the nation’s war dead.