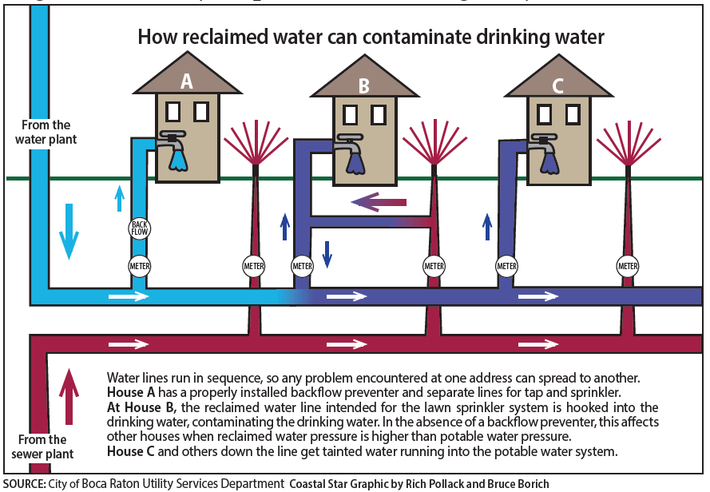 They also agreed to pay the county branch of the Health Department $21,193.90 for costs and expenses of its investigation.

The Health Department had wanted to fine the city $1.8 million in June. A representative of the department could not be reached immediately.

At an 8-minute special meeting Nov. 9 the commissioners were again reminded that the following violations occurred during installation of the city’s reclaimed water project: failure to inspect its reclaimed water system; no dedicated employee conducting initial and follow-up testing and investigating customer complaints; failure to make sure each property had a backflow preventer installed; failure to evaluate each location for cross-connections and adequate backflow prevention, and failure to conduct periodic inspections.

“I’m confident we have the people and systems in place to meet the Health Department’s requirements,” Mayor Shelly Petrolia said. “If we don’t, we will have to pay penalties of $5,000 a day.”

Petrolia also said the problems appear to date to 2007 when the program was started. “I am extremely disappointed that the city’s current taxpayers will pay for the deficiencies,” she said.

City Attorney Lynn Gelin said she contacted the city insurer about covering the loss over $200,000 and will know in the next week whether it will. The $1 million will come from the insurance line item in the city’s budget.

The city has agreed to fix its reclaimed water system within this time frame: