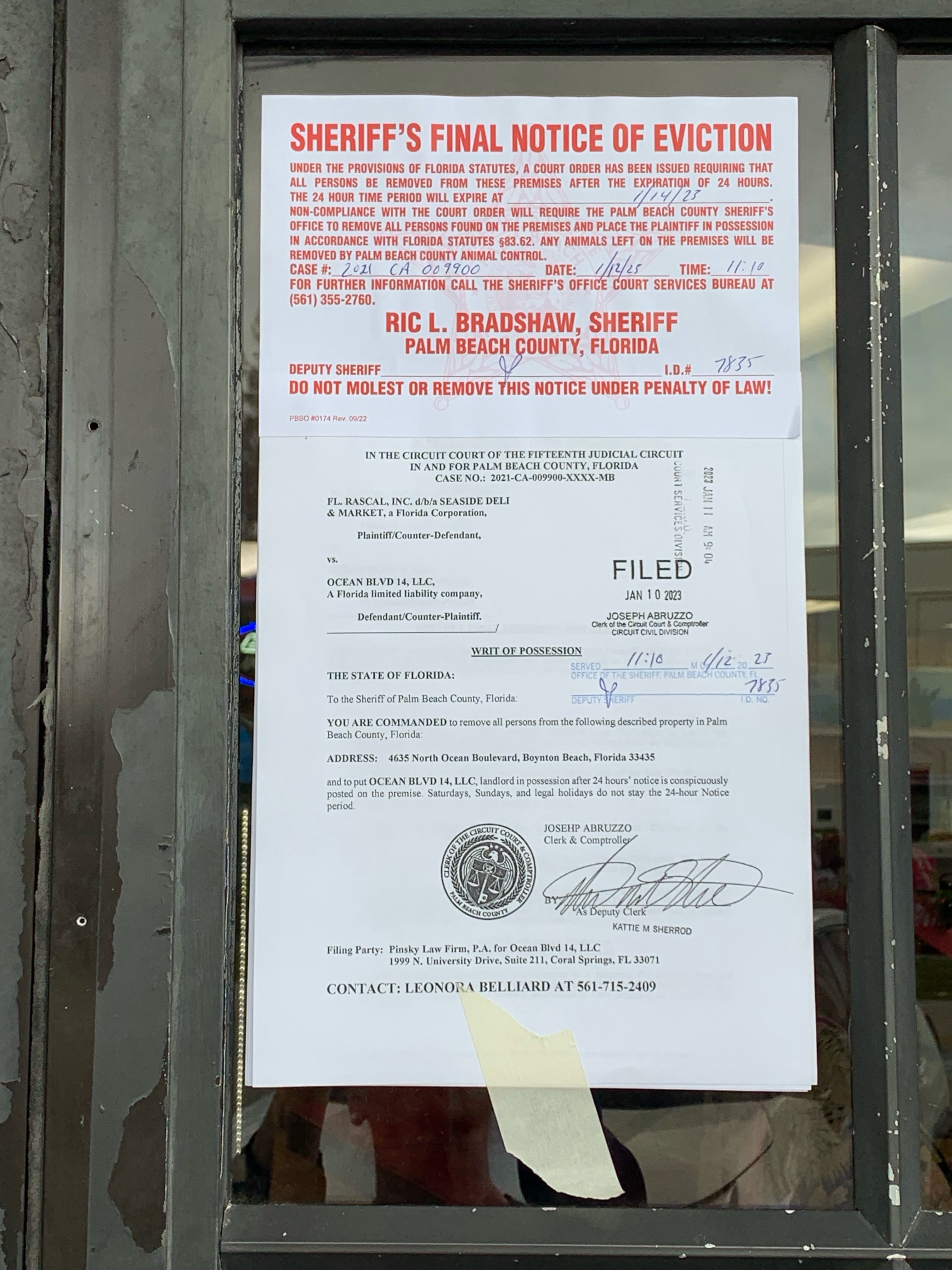 The Seaside Deli will shut its doors Saturday, Jan. 14, the result of a dispute between the beloved County Pocket staple and its landlord.

It was still business as usual as Steen continued to work the cash register, selling discounted items, during a brief interview with The Coastal Star.

“I haven't had a chance to process much. After I spoke with the [deputy], I came back in the store and just started working. I'm just a little frazzled.’’

The eviction notice takes effect around 11 a.m. on Saturday. That means Friday will be the last full day for customers to make their final purchases.

Store owner Randy McCormick told Steen to “start discounting everything so we can move it on out. I already started doing that today with wine. I will be out of food by [Friday],” she said, noting that the deli had already run out of corned beef, pastrami, egg salad and tuna salad.

McCormick could not be reached for comment, but he has said he is trying to find a new home for the deli, which has built a loyal customer base since 1993.

On Dec. 22, a Palm Beach County Circuit Judge ruled in favor of the owner of the deli’s building, Ocean Blvd 14 LLC, a company owned by former Major League Baseball player Rafael Belliard. The judge sided with the landlord’s claim that Seaside Deli hadn’t paid $40,279 in back rent.

McCormick has said he has tried to pay the rent but the landlord refused payments because the company plans to sell the building.

After the judge’s ruling, community leaders launched a campaign to “Save the Deli,” as a banner erected across the front says. More than 650 signatures have been collected on a petition.