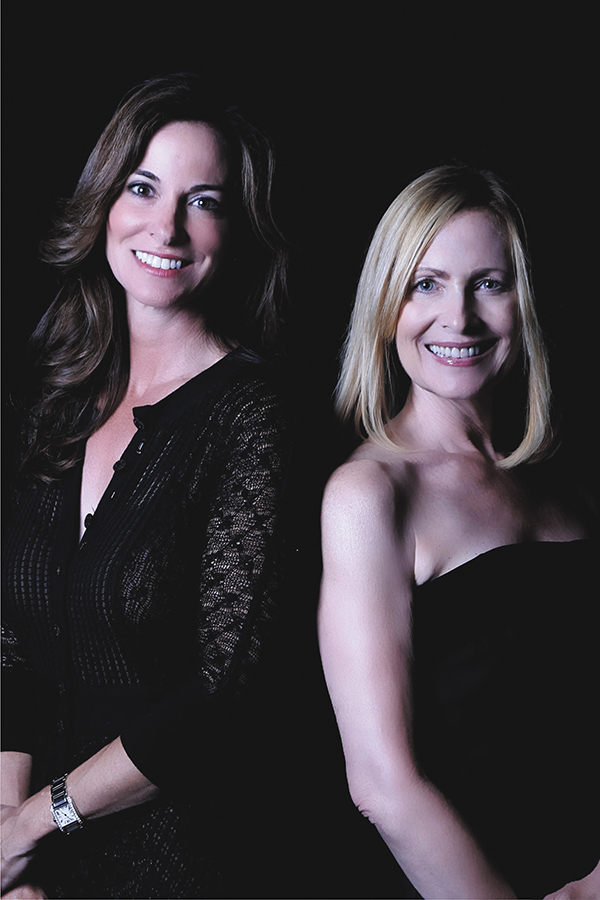 Jeannine Morris and Bonnie Boroian, Highland Beach neighbors and friends for more than 10 years, have a common passion. They are committed to Place of Hope, a faith-based children’s organization with campuses in Palm Beach, Martin and St. Lucie counties that provides a nurturing home environment for foster children and young adults who have aged out of foster care.
“These kids are right here in our community,” Morris said. “I think it’s really important to show them that people care and that there’s hope out there.”
At Place of Hope on the Leighan and David Rinker Campus in Boca Raton, Boroian and Morris are Angel Moms, working to raise awareness, sponsor events and offer hands-on help, such as cooking meals for the kids and mentoring.
The two were tapped to be co-chairwomen of the fourth annual Hope Bash Boca, a gala fundraiser that will be held at the Boca West Country Club on Oct. 28 to benefit the programs and operations of the Boca Raton campus, which is an expansion of the Palm Beach Gardens-based Place of Hope.
Boroian, 58, having been a professional performer, brings her artistic side to the bash, while Morris, who has a background in investment services, brings her financial understanding for the many dollars that are needed for the growth and upkeep of the Place of Hope mission.
The theme of the bash, “From Broadway to Boca,” was an opportunity for Boroian to enlist the help of a friend who had been in a Broadway show with her years ago, and is now a teacher at Dreyfoos School of the Arts in West Palm Beach. She worked with him to select song and dance numbers that are “full of hope” and will be performed by students of the school, and other local children.
About 500 people are expected to attend the event, which costs $250 per person, and includes a live and silent auction. Last year, net profits from Hope Bash Boca were $135,000. The profit goal this year is $200,000.
Morris, who did not wish to share her age, first got involved with the organization more than a decade ago, when a friend invited her to a luncheon to support the Place of Hope campus in Palm Beach Gardens.
“I knew there was a great need, and was so intrigued and impressed by what they were doing,” she said.
Several years ago, Morris invited Boroian to a “Party with a Purpose” that she hosted, and as a result, Boroian got involved.
“It’s incredible to see the growth of the Angel Moms, and the momentum that is occurring as a result of each person trying to get involved in their own way and inviting a friend,” Morris said.
There are about 150 Angel Moms. Boroian chairs member development for the Angel Mom Leadership Board.
The campus also continues to grow. The children reside in three homelike cottages, one of which had its ribbon-cutting ceremony just last month. Another cottage will open later this year, and money is being raised to build a fifth cottage, as well as a building with apartments for young adults.
Both Morris and her husband, Leland, who have three grown children, have been supporters of Place of Hope. Earlier this year, an Art, Education and Wellness Center, for which they gave the lead gift, was dedicated on the Boca campus in their name.
Recently, Morris and her husband became licensed respite foster parents, providing short-term care for children when their full-time foster parents need to deal with a life event, or taking in newborns directly from the hospital until a longer-term foster family can be found, or the babies can be reunited with their biological parents.
“That really was kind of the icing on the cake for me,” Morris said. “Being able to go through the process with Place of Hope to become licensed is really what I’m most thrilled about and feel the best about doing.”
Morris’ other charity work includes her involvement with the cooking ministry of Spanish River Church, which delivers meals to people in need; and the Best Foot Forward Foundation, which focuses on the educational needs of foster children.
Boroian, a mother of five, as well as the founder and CEO of Blissfully Better, a Boca-based company that makes chocolate confections using organic and low-glycemic ingredients, has also been a volunteer for Boca Helping Hands. She still lends financial support to several organizations, including Career Transition for Dancers and The Actors Fund in New York.
Now, both women devote the majority of their charity work to Place of Hope.
“Initially, we volunteered to try to make a difference in the lives of the children at Place of Hope, yet through our involvement, Place of Hope has made a beautiful difference in our friendship,” Morris said.