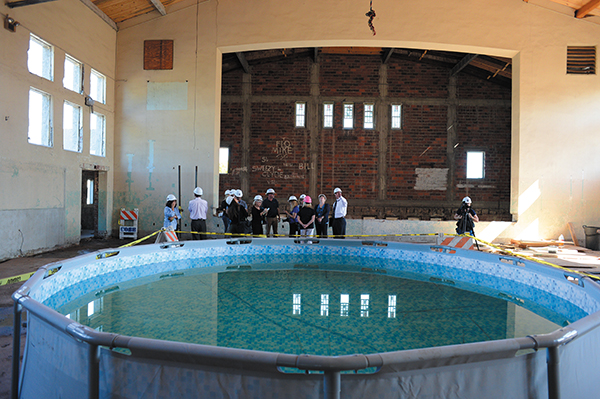 A group of journalists and city employees toured the historic building, which opened in 1927 but has been vacant for a quarter century. It will become a recreation and events center. ABOVE: A pool holding 17,000 pounds of water tests the ability of the second-floor auditorium to hold its full capacity of 500 people. The structure passed the test. BELOW LEFT: Workers place new plywood on top of original floor beams that the project will reuse. The city plans a January opening for the building. BELOW RIGHT: One of two school crests that have been preserved on the south side of the building. Photos by Jerry Lower/ The Coastal Star 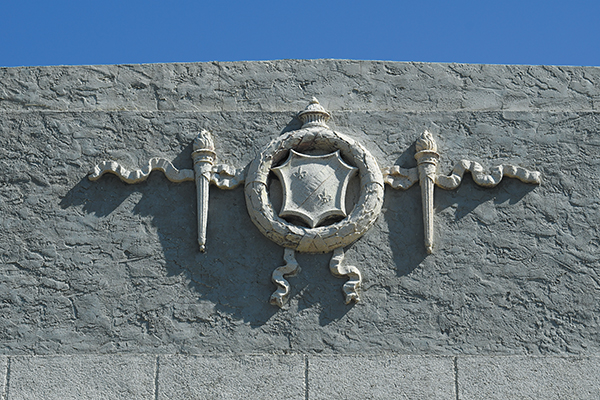