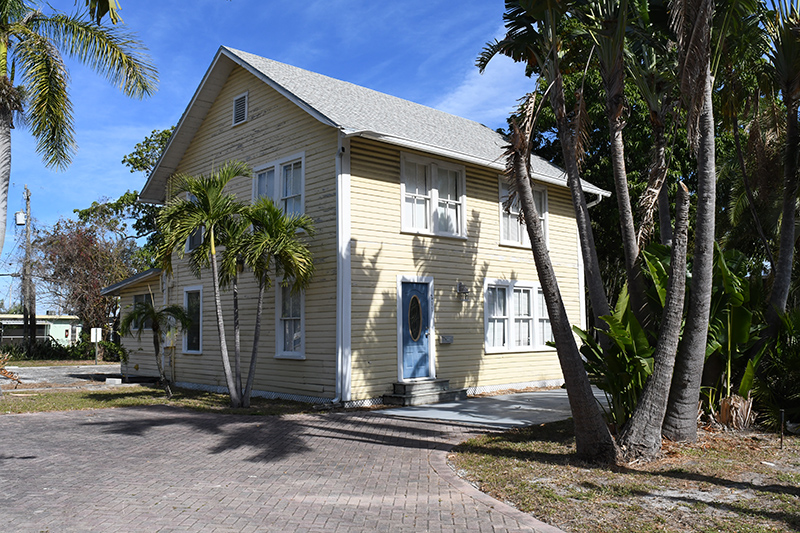 The historic Magnuson house has been vacant for decades. Jerry Lower/The Coastal Star

The historic Oscar Magnuson house at 211 E. Ocean Ave. can stay at its current location while Boynton Beach builds its Town Square project on 16 acres to the west.

The city’s Community Redevelopment Agency, composed of the city commissioners, agreed at its January meeting that there was no rush to do anything with the two-story building, which sits on .3 of an acre.

“With Town Square being developed, let it stay where it is,” said board member Mack McCray.

“There’s a lot of history in the old houses,” said board member Aimee Kelley. “With Town Square coming up, maybe a family will want to restore it.”

The fate of the 100-year-old home was discussed at the CRA’s November meeting. The agency had bought back the building in August.

The CRA had sold the house for $255,000 in September 2016 to a Philadelphia-based developer with the promise that it would hold a restaurant. But that didn’t happen, which allowed the CRA to exercise the reverter clause in the sales contract.

The roughly 1,500-square-foot house is listed among the city’s historic properties. The CRA had paid $850,000 in 2007 for the house, built about 1919 by Swedish immigrant and farmer Oscar Sten Magnuson. His wife, Eunice Benson Magnuson, was one of the first town clerks.

“We’re at a crossroads of what to do with the property,”  Michael Simon, CRA executive director, told the city’s Historic Resource Preservation Board in late November.

Potential solutions were discussed, including uses that would not require the building to be made wheelchair accessible.

“Why not an art or music studio?” said Barbara Ready, board chairwoman.

The board members ranked their options as: Keep Magnuson where it is and find another use for it, move it to another section of the city and, last, demolish it.

The private developer of Town Square, E2L Real Estate Solutions, had said it might be interested in parking construction vehicles on the Magnuson house land. But the developer has not presented a contract, detailing the number of vehicles and the length of time, Simon said.

CRA board member Justin Katz does not want the city or the agency to put more money into the Magnuson house.

“I agree with McCray that the house can rest there,” Katz said at the January meeting. “But what can we do as a CRA board?”

Ready said, “I am pleased. Let’s let the dust settle on Town Square before we do anything more.”