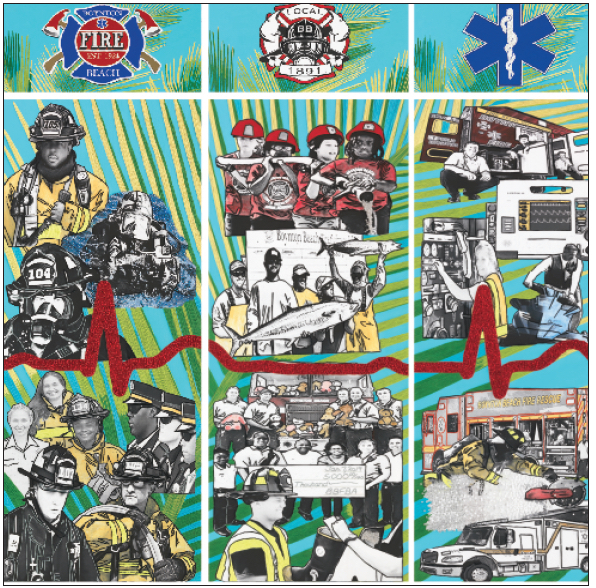 The revised Community Heartbeat mural commissioned for the windows of Boynton’s new fire station returns faces that had previously been removed. Rendering provided