As manager of the Gulf Stream Golf Club, Kevin M. Bauer has become adept at politely saying no to brides-to-be who dream of holding their wedding receptions at the clubhouse. Those kinds of requests come often and anyone who drives by the gorgeous seaside property at 2401 N. Ocean Blvd. can understand why they do. What lady wouldn’t want to be photographed gliding, in all her bridal finery, down one of the twin oval stairways that grace the west side of the clubhouse?

Bauer informs the brides that the club is private, and in order to have a wedding on the grounds you need to be a member. Currently, about 300 people hold that privilege. 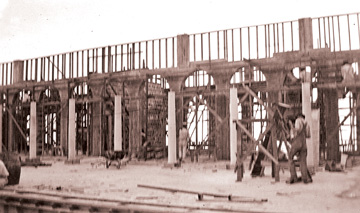 The Gulf Stream Golf Club was born beautiful. When the clubhouse opened in 1924, Architectural Forum magazine called it “the most attractive Mediterranean design in America” and the Palm Beach Daily News described it as “the acme of beauty.” 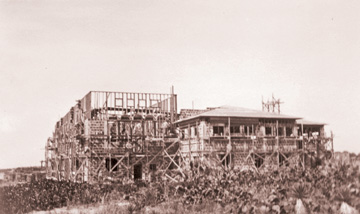 Designed by Addison Mizner, who also drew up the plans for Everglades Club and the Cloisters (now the Boca Raton Resort), the structure was given the graceful lines of Spanish-Italian architecture.


Like any lady in her 86th year, the clubhouse requires primping and preening from time to time, and sometimes a bit more. That’s what’s happening this summer. 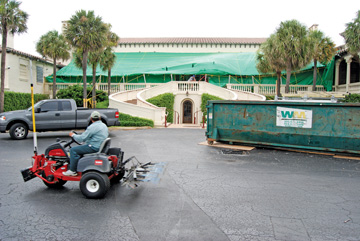 As the third part of a four-phase renovation, new hurricane-resistant windows are being installed on the clubhouse’s west side. They replace windows that had a 1950s storefront look with ones mimicking the original design, with arched fanlights. The terrace is being resurfaced as well, and all of the work is inkeeping with the original Mizner design. 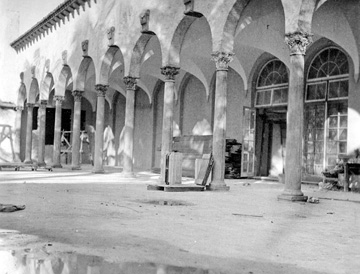 The first phase of renovations began three years ago, when a patio was built on the south side, overlooking the ocean. Windows on the east side of the clubhouse were replaced during phase two.


The final phase, which likely will be done next year, will involve replacing windows on the south side of the building. The architect and contractor is William Wietsma. All the work is completed during summer months, while the club is closed.


How it all began


The Gulf Stream Golf Club was founded by a handful of members of the Everglades Club in Palm Beach. William G. Warden, Edward W. Stotesbury, John F. Harris, Edward Shearson and Paris Singer felt the swelling membership there compromised the club’s exclusive character. At the time, the founders limited the Gulf Stream club’s membership to 200 with a $2,500 membership fee.


According to Donald Curl’s book Mizner’s Florida: American Resort Architecture, it took Mizner a mere six hours to produce plans and sketches of the building. The construction contract was awarded to Cooper Lightbown, and Donald Ross, the most influential golf course designer of the day, signed on as the golf course architect.


For added appeal, Mizner gave the façade an arcaded loggia and a double flight of curving stairs. Men’s and women’s locker rooms were located on the ground floor, while a living room (Mizner room), dining room and oceanfront terrace led off from the loggia upstairs. Durable pecky cypress beams and a large fireplace were built into the dining room. Even the club kitchen was given a panoramic ocean view. 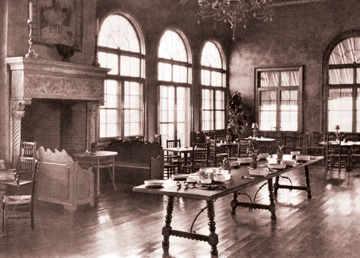 Warden, the head of the Pittsburgh Coal Co., was the club’s first president. And the first pro was Charles Murray, winner of the first Canadian Professional Golfers Association championship. Murray remained at the club for nine years and was replaced by Bobby Cruickshank, a prominent Scottish golfer on the PGA circuit.


Months after the club opened, John S. Phipps bought land on the north end of the golf course for stables and polo fields. The town soon became the winter polo capital and socialites from far and wide would come to watch the games. So did Hollywood types, such as Gary Cooper and Ava Gardner. Club members, including Phipps, began building houses in the area, which became a town in 1925. The Town Council held its meetings at the Gulf Stream Golf clubhouse before Town Hall was built years later.


Polo games concluded in 1963, when the Phipps family sold the land for development. 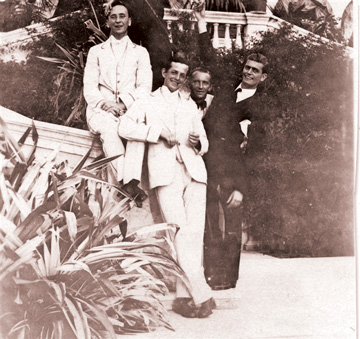 
When it opened in January 1924, the club’s members were known to take a dip in the ocean after hitting the links. Over the years, that has changed and members began to focus on golf and social activities. It is not a beach club.


Early reports gave the 18-hole course high marks. “The golf course is in the very pink of condition,” wrote the Palm Beach Daily News. “The rains of recent days have given the turf and the greens a beautiful luster and a wonderful body so that the balls rebound easily and roll along when they strike the ground.”


Of course some of the balls didn’t hit the intended target, sinking in the pond. Some of those old relics were retrieved and remain part of a display of errant golf balls near the bar in the clubhouse.


While golf was the focus, social activities remained important as well, with Sunday luncheons bringing members from Palm Beach by car or boat. Luxurious yachts
tied up at the club’s now-defunct docks, located between the 11th and 16th greens of the golf course.


Tropical storms in 1926 and 1928 damaged the golf course, but the clubhouse stood strong. 
The club closed during World War II, when the clubhouse was made available to the military. During that time local residents could, for a modest fee, use the golf course.


According to a program produced for the club’s 50th anniversary in 1974, submarine attacks occurred frequently in 1943.


“A Coast Guard patrolman noticed a beam of light in the Gulf Stream Club and, upon investigation, it was determined that a German agent, who had illegally gained
entry, had been using an aperture in one of the oceanfront hurricane shutters
through which he was signaling submarines with a flashlight. Although seen by
the Navy Patrol as he jumped from the building, the agent was never
apprehended. At the time, Boca Raton was an important bomber base from which B-17s flew directly to England for action.”


The club reopened in 1946 and has been going strong ever since.


Bauer says the club employs 75 to 80 people during the season, from mid-October to mid-May, and about 30 during the off-season. The golf course is maintained all year long and open strictly to members.