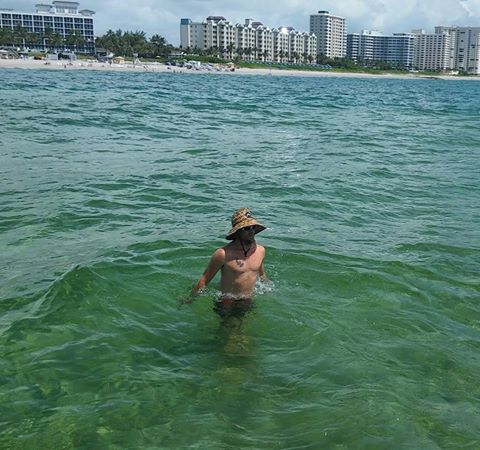 because of sand accumulating.

Boaters already watch out for snorkelers, rocks and paddleboarders in the Boca Raton Inlet. This summer they face a new danger: shoals in the middle of the channel.
“The inlet is in real dire shape right now. At low tide it’s really a hazard getting out to the ocean,” said Tom Thayer, a boater and former member of the city’s marine advisory board.
“You get out about a hundred yards past that jetty, and it has gotten very, very shallow, even almost impassable for smaller boats,” resident Lee Babey told the City Council at its July 26 meeting. “This summer I’ve really seen a lot of boats get stuck.”
Capt. Tony Coulter, who lives in Boca Raton and runs the dive boat Diversity out of Deerfield Beach, said the sand was like an island.
“Literally there’s an island out in the middle of this thing,” Coulter said. “You either have to cut real hard to the south and go straight down probably about four or five condos and then come back around to get away from the shoal, or cut to the north.”
Both sides have their dangers, he said.
“The problem with cutting to the south is there’s a group of rocks there that people put out there and there’s a whole bunch of kids snorkeling, there’s a whole bunch of boats out there, so you’ve got a choice — run over a snorkeler or go beach your boat on the sandbar,” he said.
“Same thing on the north side — you’ve got the swimmers at the Boca Resort and Club, kayaks and paddleboards and all that stuff coming out.”
Coulter asked that the city dredge what he called the southeast corner of the inlet to clear an alternate channel.
“We’ve got commercial fishing boats that won’t use the inlet anymore because of the fact that it’s so shoaled up,” he said. “They’ll go down to Hillsboro or even go out of Boynton, which is even kind of worse when it comes to … being rough.”
City Manager Leif Ahnell said his staff would look at options that could be undertaken in November as soon as turtle season ends.
“We’re not permitted to do dredging now because of turtle season — they’re a federally protected species,” Ahnell said.