Before he started working on his Eagle project, 16-year-old Boca Raton Boy Scout Charlie Schmidt didn’t know all that much about the Boca Raton Airport. 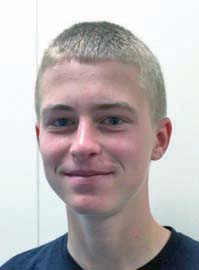 He knew that during World War II what is now an executive airfield used by private planes had been part of a much larger airbase, but he never really had a grasp of the bigger picture.

“I knew it was a military base, I just didn’t know the significance,” he said.

Now the scout from Troop 333 is hoping to help others gain a better understanding of the important role the airport — and a large parcel surrounding it — played during the war by erecting a monument on airport grounds that will honor those who served and highlight some of the base’s history.

“It’s important for people to learn about this,” he said. “It is one of the most significant aspect of Boca Raton history.”

Last month, Schmidt — who needs to complete a significant community project as part of his efforts to become an Eagle Scout — was back before the Boca Raton Airport Authority with revised plans to calm concerns authority members had expressed during a January meeting about a permanent installation.

What the teen came back with was a plan to make the memorial more mobile by having it anchored into the ground by 2-foot-long stakes. Should the property where the monument will likely be placed be needed for other purposes, crews could easily move the estimated 300-pound structure with a backhoe.

Following the presentation, airport authority members gave Schmidt the green light to move forward with the project, but asked that he come back for additional approval once his plans for the memorial are finalized.

Airport staff members who work with Schmidt say they are impressed with the dedication and level of professionalism the scout displayed.

“He came in with a well-thought-out plan and explained how the airport could benefit from his project,” said Clara Bennett, the airport’s executive director. “He did his homework before he came to us.”

Right now, plans are for the memorial to be about 5 feet tall and include four or five plaques, each commemorating a different aspect of the airfield’s history.

One of the plaques, for example would explain that the memorial “commemorates Boca Raton’s World War II military contributions and the unselfish service of veterans — past, present, and future.”

Another would explain that the close to 6,000-acre Boca Raton Army Air Field, which included what is now the Boca Raton Airport as well as the grounds of Florida Atlantic University, served as a training facility where army airmen learned how to use radar, a top-secret technology at the time.

Schmidt, who has been working with a masonry company on the plans, estimates the cost of the memorial would be around $3,000, money he will be raising from private donations.

Susan Gillis, archivist for the Boca Raton Historical Society, said there is nothing currently on the site of the airport grounds or at FAU to publicly explain the historical significance of the property.

“Boca Raton should be very proud of the contributions the airbase and those who served there made during World War II,” said Gillis, who is helping Schmidt with his research.

The scout, who is also involved in the Junior ROTC program at Boca Raton High School and is on the school’s debate team, believes the opportunity to work with airport staff and to make a presentation to the authority board has been a great learning experience.

“This has been a completely unique experience,” he said. “It taught me to be persistent with what I believe in."