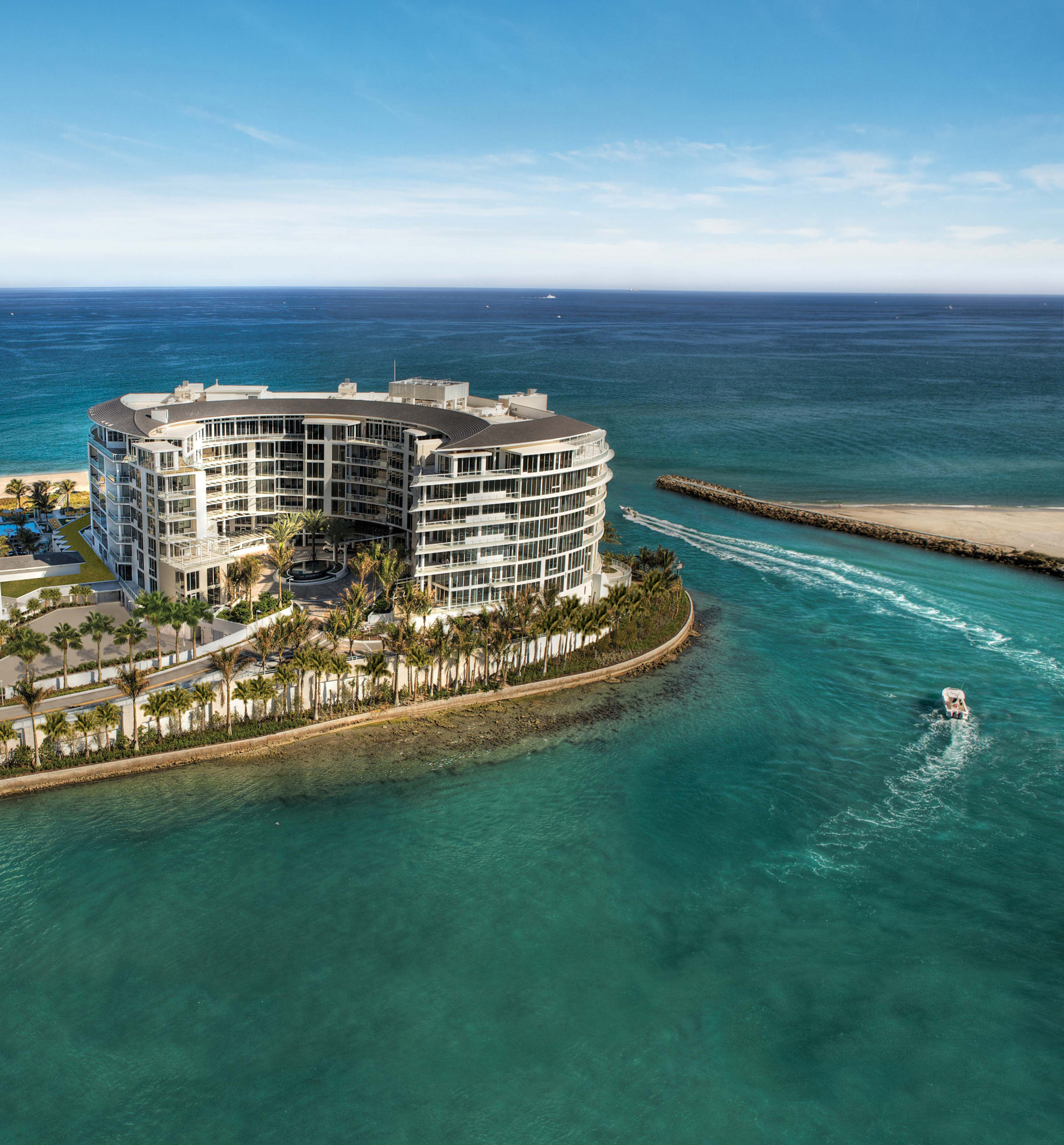 During the past year, there have been eight luxury condo sales for more than $5 million in Boca Raton — and all of them at One Thousand Ocean.

With “The Shore” gone, there are no more penthouses available at One Thousand Ocean. In fact, only two residences of 53 remain: Residence 208 priced at $2.9 million; and Residence 601, where a key scene in the action thriller Parker (Jennifer Lopez, Jason Statham) was filmed on location, priced at $6.4 million.

“Our story is a rare good story, and I’m very proud of our team and partners holding the line,” he said.

Keep in mind that this development was conceived in 2006; broke ground in 2007; and finished in February 2010, right in time and all in line with the real estate downturn.

“The big story here, we decided to build it when the market was showing signs of tanking, and we stuck with it. We tried to maintain prices as best we could. We’ve sold the lion’s share, and now we are looking at selling the rest of the building out.

“I feel lucky,” he said. “We didn’t get into fire selling; we weathered the storm; and we had some fortuitous situations develop that worked to our benefit.”

The first of the last five sales in March really got the ball rolling and the word out, he said.

“Three were Boca residents who’ve been watching; the other two were international buyers. The first, who bought a penthouse, was focused on Miami and the Sunny Isles market, but thought there was better value here, and they liked the fact that they could customize their unit. The last penthouse buyers were friends of theirs.”

“The Shore,” with 7,550 square feet of living space and 4,591 square feet of wraparound terraces, is ready to be built out. The unit offers southern views over the Boca Raton Inlet and ocean shoreline, as well as northern and western Intracoastal panoramas.

Highlights include a private elevator lobby, 14-foot ceilings, floor-to-ceiling walls of glass, a freestanding glass-enclosed area on one of the terraces, an outdoor kitchen, a cabana and three-car parking. Building residents may elect private membership at the Boca Raton Resort & Club.

Tim Shane with Meridian Realty in Boca Raton represented the buyers in the transaction. “We showed them all the top buildings in Boca. There are about 10 on the beach,” he said. “There’s not much competition to One Thousand Ocean. It’s newer and higher-end than the other properties. The gorgeous views were most important to them.

“We’re rocking and rolling. International buyers are buying the Boca Club lifestyle and they are buying the beach. I have quite a few more acquaintances who are coming over, and I’ll be selling more.”

Boca Raton does appear to be on the upswing. According to Realtors’ Association of the Palm Beaches April report, closed sales year-to-date are at 1,385, an 18.2 percent increase over last year. The median sales price is at $230,000, up 21.1 percent over last year, and days-on-the-market is at 133, down 19.2 percent.

“We are seeing affluent buyers turning to the real estate market and buying ultra-luxury units,” said Jack McCabe of McCabe Research & Consulting. “They are paying cash, and if financed, they pay cash and refinance after the acquisition. It’s good news for those developers and unit owners who will be trying to sell in the near future,” he said.

“It does appear that the ultra-luxury condo market has come back this year. It will be interesting to see if it lasts, because we are seeing a buyers’ frenzy right now, created by hedge-fund acquisitions that have developed inventory in all markets. In particular in Florida, they’re targeting the Tampa area and southeast Florida as their top markets in all price ranges.”