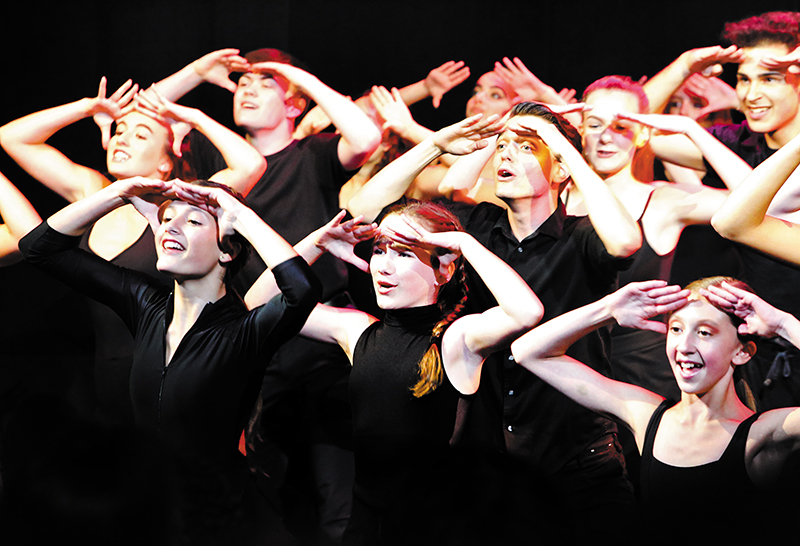 Tori Wheat would love to see her name in a Broadway Playbill one day, so she’s taking all the steps she can to get there (practice, practice, practice), learning her craft, working her way up, pursuing her dream with the support of her “amazing family.”

Over the summer, Tori, 14, of Boynton Beach, participated in The Broadway Artists Intensive, a three-week musical theater training program for students who plan to pursue professional careers in the performing arts. From 9 a.m. to 5 p.m. six days a week, students met with an all-Broadway faculty at the Kravis Center, where they were immersed in acting, voice and dance.

Exhausting? Yes, but that’s OK for Tori, because, she says, “I want to do it all.”

This was no summer camp. It was more than 100 hours of single-minded focus on acting, vocal and dance technique for the Broadway stage. The program was created by Jason Gillman, Jackie Bayne Gillman and Greg Graham, and its classes are taught by well-known performers like Annaleigh Ashford and Laura Bell Bundy.

Outside the classroom, Tori liked the more casual “talk-back” sessions with working professionals, where students learned how to cope with the auditions, rejection and pressure that are part of a performer’s life.

They didn’t sugar-coat the entertainment business, Tori said. “We heard from them what life is like and it’s not easy,” but they also told her, “Follow your dreams. You may go a long time without hearing anything positive, but if you believe in yourself, you will get there.” 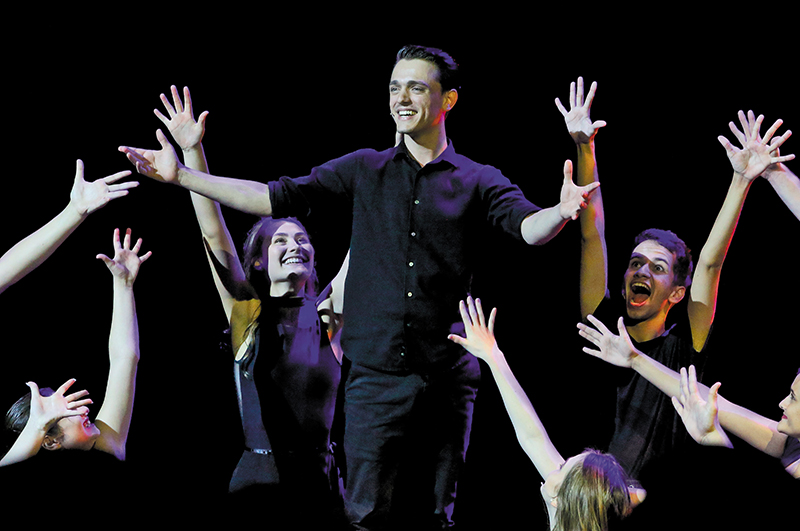 Trevor Wayne is the center of attention during the same performance. Photos by Tim Stepien/The Coastal Star

Trevor Wayne, 22, just attended his fifth intensive. He’s working steadily, earning roles at local theaters such as The Wick in Boca Raton and Fort Lauderdale’s Broward Center. Wayne says the pros tell the students they must always be learning and evolving and, he says, “I’m most interested in my weakness — dance.”

Wayne says pursuing a thespian career requires self-discipline, which means getting to acting classes, vocal lessons and master sessions in dance on time and on his own. He recently finished the core classes he needs for his bachelor’s degree, so he’ll be juggling college classes with his other commitments. “You’re supposed to always be challenging yourself. I’ve got the drive and I’m working on the technique,” he says.

Tori agrees there’s no substitute for hard work, but she is a go-getter and a former competitive gymnast. “I’ve always had a jam-packed schedule, so I have good time-management skills,” she says.

As a student, Tori likes all her subjects but especially English, math, history and even Latin, and somehow finds time to be on a competitive cheerleading team.

“I really enjoy training,” she says, but she also credits her family with providing support. She’s thankful for her chauffeurs, mom Christina and dad Troy, for shuttling her to and fro, and for the support of her biggest fans, siblings Colin, 11, and Callie, 8.

Tori graduated from eighth grade at the Gulf Stream School in May and just attended freshman orientation at Saint Andrew’s School. Overnight her class size jumped from 25 to 200, and it’s a little overwhelming, she said. But with that change come new opportunities.

At The Broadway Artists Intensive, the pros gave her some good advice about taking on new things: “In most situations, everyone is in the same boat, so relax.”

But most important, they said: “Don’t pay attention to what’s happening with others. You have your own path.”

For more information about the program, visit www.thebroadwayartistsintensive.com