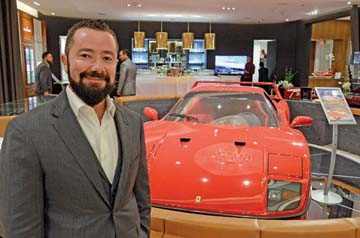 There’s a war brewing and Boynton Beach could be smack dab in the middle of it. No guns, no bombs. The only tanks involved are stainless steel and filled mostly with water … and a few select ingredients.
We’re talking ’bout beer. Goliath, the “Big Money” Florida Beer Wholesalers Association, versus dozens of Davids, neighborhood craft brewers such as Due South, which arrived in Boynton Beach in 2012 and is doing quite well.
Apparently too well. FBWA has gone to court because the craft brewers run “tasting rooms” at their breweries. The tasting rooms enable customers to taste a brewer’s new offerings and its old standards and if the taste suits them, they can buy some to take home.
That’s not legal, claims FBWA. With support from the Florida Retail Federation and the Florida Independent Spirits Association, it sued Florida’s Division of Alcoholic Beverages and Tobacco for incorrectly applying the “tourist exception,” a standard on the books for half a century, to microbrewery tasting rooms.
For millennia, beer and similar malts were the preferred beverages. After all, most water was contaminated. Nearly every European village, hamlet and abbey claimed its own brewery. That tradition carried over to the colonies, but as the United States grew, production evolved into regional and national operations.
Prohibition nearly wiped out local brewers. The few Florida breweries (Does anyone remember Regal Beer in Miami?) were not allowed to sell or serve beer on-site. Bars, restaurants and grocers received all their beer through wholesale distributors. That all changed in 1959 when Anheuser Busch opened Busch Gardens in Tampa. In the interest of promoting tourism, the Florida Legislature changed the law to allow Busch to serve free beer during its brewery tours.
It worked! From an initial staff of four employees and four very chatty parrots, Busch Gardens exploded into the Serengeti Plain, “where people are caged and animals run free.” By 1968, Florida’s No. 1 tourist attraction was serving 3 million visitors a year. 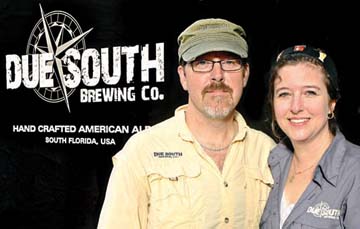 Fast forward to 2012. Mike Halker opens Due South Brewery in the industrial park off High Ridge Road in Boynton Beach between Boynton Granite and Marble and Sherwin-Williams paint. He also offers a tour … much shorter and no wild animals. But the nonbrewing side of the warehouse includes a bar and banquet-style folding tables where guests can sample the beers and wolf down burgers, dogs or tacos from one of the ever-present food trucks.
Due South now has company. Down in Delray Beach, Saltwater Brewery features a similar but slightly more upscale experience. Devour Brewing is setting up at the south end of Boynton Beach just east of Congress on 30th Avenue; Barrel of Monks on Rogers Circle in Boca Raton is aiming for an April opening; Corey Harris of Lake Worth is looking for a permanent spot to anchor Three Horns Brewing, his prizewinning homebrew operation. A group of former Carolina brewers is looking for a Boynton site to open Wild Oak Artisan Ales. 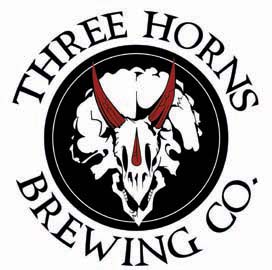 Two blocks north of Due South, the brew is mixing in the gleaming tanks at Copperpoint Brewing, which just won a $100,000 startup grant from the city of Boynton Beach. His tasting room features a polished concrete floor, weathered wood and sheet metal on the walls and a 28-foot copper-topped bar. Partner Matt Cox expects to open to the public mid-month.
Not all issues, however, are being raised by Big Beer. Boca Raton resident Cox, a 10-year veteran brewer at Big Bear Brewing in Coral Springs wanted to name his new brewery Coppertop. But that didn’t sit well with the folks at Coppertail Brewing in Tampa, which sued.
“We’re getting it worked out,” Cox said. “I really liked Coppertop because my wife came up with it, but we’ll be OK with Copperpoint.”
The craft brewers are a close-knit group — all for one and one for all. Some may see huge growth, but most will be content to produce a few barrels. Fighting the big guys will take time and money, but they’re committed. Leading the charge will be Halker, who also serves as president of the Florida Brewers Guild.
But the big guys may be trying another tack. Reports on the craft beer grain-line (that’s the brewers’ version of a grapevine) have the big guys making an end run by trying to buy some of the microbreweries, as it has done in Oregon, Chicago and Long Island. Among the rumored Florida targets — Cigar City in Tampa, and Due South. Halker said he has been approached, but he declined to identify the suitors and told The Palm Beach Post, “I’d much rather make beer than have a big check right now.”
Cheers!
***
With the second annual lineup recently announced, Artists for Others will not be a one-trick pony on the local charity circuit. Set for March 26 at Eau Palm Beach & Spa, the benefit for Children’s Home Society of Florida, Habitat for Humanity of South Palm Beach County and Holy Ground Shelter for Homeless will offer a lineup that brings back country collaborators Kelly Lang and T.G. Sheppard, guitarist Kip Winger and performance painter David Garibaldi, plus Guitar Town, a new group out of Nashville and contemporary Christian performers Lincoln Brewster and Kerrie Roberts.  Tickets — $295 per person, $500 per couple — include the show, cocktails, silent and live auction, hors d’oeuvres and dessert buffet. (540-4931)
Much has happened at Eau Palm Beach in the past year as its owners decided to dump its Ritz-Carlton handle and create their own image of a luxury resort. Gone are the classical decorating touches by Bren Simon, wife of original owner and shopping mall developer Mel Simon (Boca’s Town Center). The paintings that decorated guest rooms found their way to the Habitat for Humanity thrift store in Delray Beach and no doubt now decorate hundreds of residences in the area.
In their place, splashes of color, stripes, checks — a more Palm Beachy look — from international designer Jonathan Adler. Photos by Slim Aarons, cast metal balcony chairs that proclaim “Peace” and “Love”: Adler didn’t want the décor to appear “phoned in.” It hasn’t hurt. Eau has retained its diamonds and stars and last year Town & Country listed its spa among the 15 best in the world.
***
Ultimately, great hotels succeed because they know how to treat guests. Throughout its history, Eau Palm Beach has mastered the art. Entertainers love it because their privacy is steadfastly protected.
That doesn’t, however, preclude confirmation from outsiders. Back in 1994, Mick Jagger cuddled his daughter during lunch on the terrace, while Keith Richards took long walks on the beach with wife Patti Hansen and their two kids. On one concert day, when a child asked where daddy was, Hansen answered matter-of-factly, “He’s at work, he’ll be home later.’’
Fast forward to 2015 and despite confirmed sightings elsewhere in the area, reports that Ringo Starr and Billy Joel were on-site, Eau Palm Beach staff maintain the cone of silence. Starr, who performed in Fort Pierce on Feb. 18, shopped at the new Greenlands in Delray Beach. He bought some protein bars and cereal, one staffer reported, but when another asked him to sign a pay stub, he politely declined: “Sorry, love. I quit doing that when I turned 70.”
***
Big shows coming to Jazziz in Boca’s Mizner Park in March. Starting with Spyrogyra on the 5th and 6th, and continuing with Rick Braun (10 and 11), Rick Springfield (13), ABBA (17-19) and Al Stewart (24 and 25).
At the other end of Mizner, Festival of the Arts Boca kicks off its 10-day run March 6 with a screening of West Side Story, with the score provided live by the Festival Orchestra under the baton of Jayce Ogren.
And here’s a bit of local trivia: Director Robert Wise originally wanted Warren Beatty to play Tony, but producers said no. They also considered Elvis Presley (Col. Tom Parker didn’t want his star associated with gang warfare), Bobby Darin (too busy), Russ Tamblyn (cast instead as Riff), Keir Dullea and Gary Lockwood (later paired in 2001: A Space Odyssey), Dennis Hopper, Troy Donohue, Tony Perkins (from Norman Bates to Tony?). Among those considered but rejected as too old to be believed as teenagers were Marlon Brando, Tab Hunter, Richard Chamberlain and hometown boy Burt Reynolds, who was 26.
For a complete schedule and tickets, go to festivaloftheartsboca.org.
*** If you believe in a little Friday the 13th magic, head to the Crest Theatre in Delray for a special concert from pop-rock music legend John Sebastian. He helped give birth to folk-rock in the mid-’60s with the Lovin’ Spoonful, he played at Woodstock, he wrote the music for Jimmy Shine on Broadway, his theme song prepared audiences each week for Welcome Back, Kotter. In 2000, the Spoonful was inducted into the Rock and Roll Hall of Fame and in 2008 Sebastian was recognized by the songwriters’ hall. Tickets are $49 at DelrayArts.org or 243-7922 ($75 for a post-show meet-and-greet).
***
BOLO! Runaway Segway at mall. Operator resembles Paul Blart, mall cop.
Fantasy became reality at Boca’s Town Center on Feb. 19, as shoppers did a double take. Delray Beach resident Kevin James took to one of the two-wheeled CUVs (compact utility vehicle) to film promos for his new movie, Paul Blart: Mall Cop 2.
No sign of a kiddie seat either, for James, 49, who seems to be taking everything in stride, as he and his family adjust to their new digs just off A1A in Delray Beach. James has been seen chatting with locals along Atlantic Avenue and regularly attending a local church with his family.
Now he has a new child to keep an eye on. While Kevin was shooting the promo, wife Steffiana de la Cruz, 40, was believed to be home with their fourth child. No confirmation from James or officials at Bethesda Memorial Hospital, but reports have the baby born the last weekend in January. Last fall, James told Us Weekly he soon would be a father again. The infant, sex unknown, joins two sisters, ages 9 and 7 and a brother, 4.
***
Big-time surfers are always on the move. When a big weather front comes through, such as the mid-February frosting, they show up in Palm Beach County, primarily to catch the big lefts at “Pumphouse,” the legendary Palm Beach break just south of the inlet. The world’s greatest surfer, Kelly Slater, is a frequent visitor, but reports that he had bought a condo in Palm Beach raised a few eyebrows, even if it had a very Palm Beachy price tag of more than $2 million.
Slater did indeed pay $2.15 million for a luxury pad on so-called “Millionaires Row”… in Palm Beach … Australia. So much for sleeping in the back of a station wagon.
***
Where are they now? We hadn’t really heard much from Nick Loeb since TV bombshell Sofia Vergara called off their engagement last year. Loeb, a trust fund baby who ran unsuccessfully for Delray City Commission and then headed to Hollywood, has returned to politics. Last year at the White House Correspondents Dinner, where Vergara connected with actor Joe Manganiello, who’s her new beau, Loeb met New Jersey Gov. Chris Christie, “a normal guy who you can have a beer with.”
After a few beers, they connected: Loeb is now honorary chairman of Leadership Matters for America, Christie’s political action committee. “This has nothing to do with a presidential run,” Loeb told The New York Post. “This is just a PAC to support him.”
***
More celebs: Jay Leno headlines the Boca West Foundation’s Concert for the Children, March 31 at Boca West’s Akoya Amphitheatre. All proceeds go to 15 local children’s charities. Opening act: Atlantic City Boys. Tickets: $150. (488-6980).

***
More coming attractions
March 5-April 4 — Red Cross Designer Show House moves south to La Florentia, in Lake Worth. Known as the Birthday Cake Castle, it was built in 1925. More than 20 designers have lent their talents to refresh it. 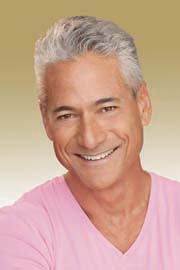