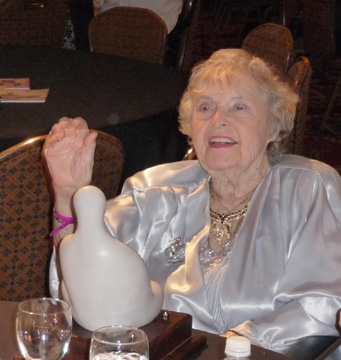 Mustard and ketchup. Bees and honey. Beer and pretzels. Abbott and Costello. The Miami Dolphins and Boca Raton. They just naturally go together.


But the relationship to Boca is nearly half a century in the making. Way back in 1966, when Joe Robbie put the team together to play in the American Football League, where did the Dolphins practice? At St. Andrew’s School, which also is where the movie Paper Lion was filmed in 1967, thanks to Dolphins and former Detroit Lions Coach George Wilson. (Also
take note that Paper Lion proved the springboard to fame for three future stars: Alan Alda, Lauren Hutton and Alex Karras (who actually came close to becoming a Dolphin).


Times have changed. Pro football may have been big money back then, but now the stakes are huge, both inside and outside of the stadiums. Boca’s mantra: When the Dolphins are away, the Dol-Fans will play … at Mizner Park.


The Dolphins and the city have teamed up to produce “South Florida’s biggest away-game parties” every time the Fins play somewhere else. Several thousand fans are expected at noon on Oct. 17 for the third party of the season and organizers hope the game against the Packers in Green Bay goes as well as the first two, against Buffalo and Minnesota.


“It was great; we had more than 1,500 show up for the Minnesota game,” event publicist Jon Kaye said. “The restaurants were extremely happy. Uncle Julio’s had more than 400 covers.”


Admission is free; so is parking. Special guests will include Dolphins alumni, some conducting clinics for youngsters, the Dolphins cheerleaders and the T.D. Fins Force. Large-screen TVs will be set up around the park so fans can watch the game; games and
bounce houses are set up for the kids while adults can compete for memorabilia, game tickets and travel packages; area restaurants offer game specials. For details, go to www.downtownboca.org.


Boca has another Dolphin link — Howard Schnellenberger. Now head coach of the Florida Atlantic University Owls, Howard first came to South Florida as the Dolphins offensive coordinator when the team went 17-0 in 1972. He later led the University of Miami to its first national championship and built Louisville into a national power.


The Owls are slowly working their way up the ranks. With its bid to the New Orleans Bowl in 2007, FAU became the youngest program to play a bowl game in NCAA history. Now playing their 10th season under Schnellenberger, the Owls have just attained another major goal, not on the field, but in the offices of the state’s Board of Governors. On Sept. 16, the board approved FAU’s plan to finance a $70 million, 30,000-seat stadium complex with 20 luxury suites plus student housing and a retail area.


The groundbreaking ceremony is set for Oct. 16 at 4 p.m. with a tailgating party to follow. Construction equipment already is on site. University officials hope the stadium will be ready next fall.


“The stadium will provide a wonderful opportunity for us to come together as a ommunity, building traditions and enhancing the university experience,” Schnellenberger said.


Soon, however, the school administration will have to make another big decision: a name for the stadium. Schools name buildings for donors, mascots, famous graduates, noted Americans. De Hoernle is everywhere in Boca; so is Mizner; Lynn, too!


It shouldn’t be called the Owls Nest because the original residents of FAU dig holes. Save “The Burrow” for a campus rathskeller. I’ll throw my two cents in right now and propose a simple, obvious solution that recognizes the one person who’s put FAU sports on the map. Call it Howard’s House.

Boca, of course, is loaded with restaurants, so naturally they want to put the word out so they can draw the customers in. On Sept. 14 and 15, Mizner Park hosted Tastemakers, a progressive tasting of food and drink samples at 10 of its prime eateries: from shepherd’s pie and mac and cheese at Dubliner to Asian spiced duck taco at Max’s Grille. Great deal for $25 a ticket, and most of the 1,200 guests, double last year’s turnout, didn’t mind that service at some restaurants was a little slow.


At $100, the price was a bit higher for the Fifth Annual Signature Chefs & Wine Extravaganza, Sept. 24 at The Boca Raton Resort & Club, but then the bash featured 31 restaurants and benefited the March of Dimes. Gourmet finger food at its best, served by some of the area’s top chefs, fine wines, an auction of special dining experiences from the chefs — ah, heaven.


And to top it off, the crowd wished happy birthday to Henrietta de Hoernle, who was honored for her contributions to the community. It was her 98th.

The first Oktoberfest of the season is set for Saturday, Oct. 2, 7 p.m., at the Count de Hoernle Pavilion at the of F.E.C. Railway Station in Boca. Benefitsthe Boca Historical Society. Food, German bier,bake sale (German) and music by the Sheffield Brothers. $75, 561-395-6766 or

***
The first Boca Raton Wine & Food Festival, Oct. 10 at 6:30 (5:30 for VIP ticket holders) is a street festival. The north side of Camino Real will be blockedfrom U.S. 1 to the Boca Resort to make room for samplings from 70 restaurantsand dozens of vintners and breweries, cooking demonstrations, a bazaar and livemusic. General admission is $85, VIP $125. Several charities and nonprofitswill benefit. 561-338-7594.


Come to the Cabaret, as mounted at Caldwell Theatre by Entre’Acte Theatrix, a new production company from Palm Beacher Vicki Halmos. The show will run from Oct.
14-24. Halmos’ goal is to “give emerging talents from South Florida the opportunity to get those critical professional theater credits before contemplating a move to New York, or any other larger arena. Unfortunately, professional performing opportunities for these young artists are relatively scarce in our area, in comparison to other municipalities around the country.”


Kimberly Dawn (KD) Smith, a protégé of the late Broadway wunderkind Michael Bennett, who a recently handled a local production of Hair, will direct and choreograph.
Call 561-241-7432.