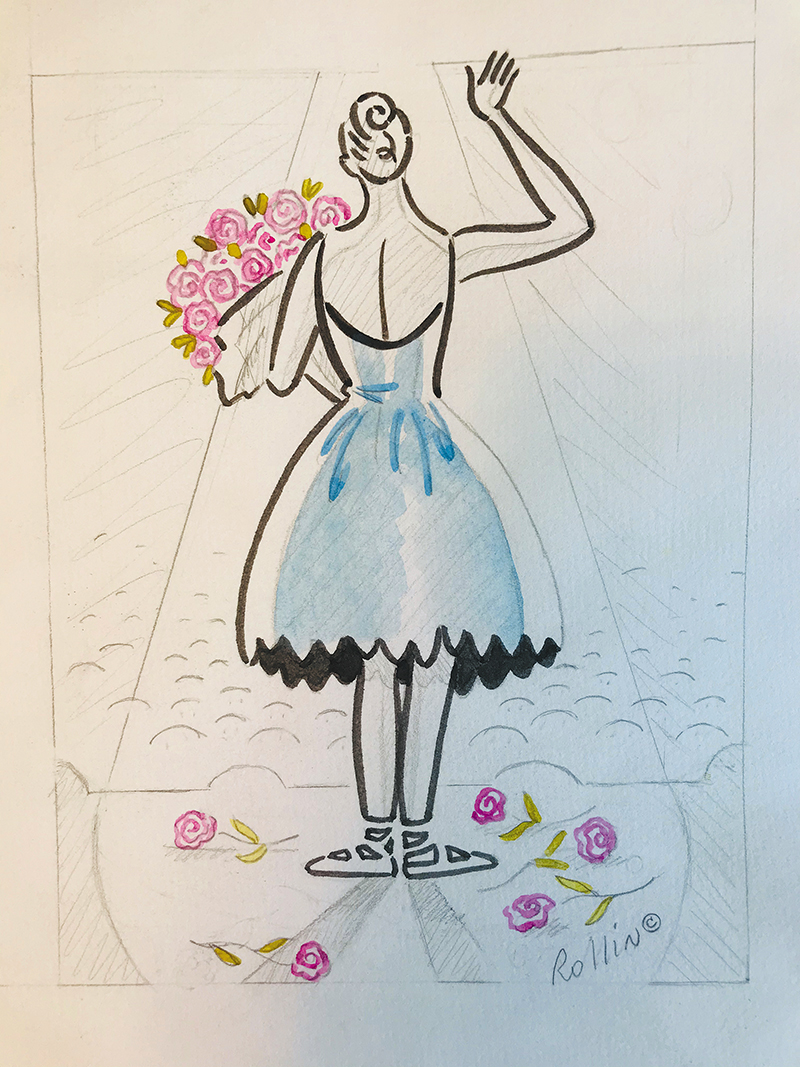 When the Cannes Film Festival is canceled and the Metropolitan Museum of Art in New York City is projected to lose $100 million after closing down because of the coronavirus, the impact on the arts and culture all over the world is significant.

And Palm Beach County is no exception.

While many sectors are suffering, arts organizations and cultural institutions are particularly vulnerable.

The Cultural Council for Palm Beach County, citing a 2017 arts and economic prosperity study, said the cultural sector has created over 14,000 full-time jobs in the Palm Beaches, and arts and cultural organizations contribute over $633 million in economic impact to the area.

According to CEO David Lawrence, even this early in the game, dozens of Palm Beach County cultural organizations have lost millions of dollars in revenue from canceled performances, lost fundraising galas and productions, not to mention lost revenue from ticket sales.

“Many of these organizations have little resources to cover those losses. Individual artists — especially those in the performing arts — have lost critical income that they were counting on,” Lawrence said.

Also of concern to the council is the loss and future loss of tourism dollars to Palm Beach County, and Lawrence said the county is already feeling the impact.

Kelly Smallridge, president and CEO of the Business Development Board of Palm Beach County, said the county currently has no plans to provide economic relief.

“If we can come out of this pandemic in a few months, the stronger arts and cultural organizations will survive and register a blip on their radar screens, but smaller venues are already struggling and may not make it out of this epidemic,” Smallridge said.

“Here in Palm Beach County, the arts and culture community faces a challenge with their ticket revenue and donations,” she said. “If this continues much longer, businesses and the arts will have to figure out a Plan B.”

From figures projected by the Washington-based nonprofit Americans for the Arts, financial losses as of March 15 were estimated to be $3.2 billion, since the first U.S. case of COVID-19 was reported on Jan. 20.

The Society of the Four Arts in Palm Beach was one of the first cultural organizations to shutter its doors, followed by a steady stream of the county’s other performing groups and museums, even as Gov. Ron DeSantis was issuing orders closing restaurants, bars and the state’s beaches.

Annabel Russell, executive director of The Symphonia, a chamber orchestra based in Boca Raton that canceled the last concert of its season, laments the loss of income for her musicians, most of them gig workers.

“We’re all reeling from the abrupt end to our season,” Russell said. “But artists are strong and resilient people, and if there’s a possible bright spot it’s that this comes at the tail end of ‘season’ here in South Florida, and we’re hopeful we can have a successful 2020-21 season.”

Marilynn Wick of the Wick Theatre in Boca Raton announced March 14 the opening and closing weekend of A Chorus Line.

“This is the first time I’ve ever had an opening and closing gala the same weekend,” she said. Upbeat, Wick has already rescheduled the show for April 23, pushing back Nunsense to September and said she’s in good company.

“I’m reassured that we’re not alone,” she said. “Isn’t there a song like that?”

She’s optimistic that next year’s subscription sales will hit 4,000, as compared to this year’s 3,700. She’s encouraging patrons to donate tickets from missed performances back to the theater, as are many local theater companies including Dramaworks in West Palm Beach and Primal Forces at the Sol Theatre in Boca Raton.

Nearby at Primal Forces Theatre, which suspended the run of its March show, Kenneth Lin’s Warrior Class, artistic director Keith Garsson said he was grateful to have a smaller venue and a cast of three for this production.

“Because we’re a small theater, I was able to call our attendees and let them know we were canceling performances,” said Garsson. Fifty people came to opening night March 11.

“My heart goes out to bigger theaters,” he said. “For us, it’s not as big a disruption as it is for the Wick or the Maltz Jupiter theatres.”
Luckily, he said the theater has a good landlord who may accommodate Primal Forces, but if the productions are rescheduled for summer, they may run into the summer camp season at the Sol Theatre.

“We hope the virus peaks early and we can salvage the end of our season,” Garsson said, “But, in the real world, we just hope everyone stays safe.”

Farther north, the Maltz Jupiter Theatre postponed its upcoming production of the musical How to Succeed in Business Without Really Trying until the fall, originally slated for March 17 to April 5, while it was in the final stages of a three-week rehearsal process.

Box office staffers have been contacting ticketholders directly regarding options for their tickets, according to Andrew Kato, artistic director.

“Nothing is more important than the health and safety of the Maltz Jupiter Theatre’s patrons, employees, volunteers and visiting artists, and postponing our next production is the responsible action to take,” said Kato.

“While this is devastating to us to have to make changes, we understand the significance of acting swiftly to avoid the possible spread of COVID-19 and make sure our community remains safe,” he said.

In the same boat as the other regional nonprofit theaters, Kato is working with unions, tradespeople, staff, crew, musicians and artists to coordinate details for the fall’s productions.

Kato noted that the economic repercussions of postponing, canceling or reshuffling the productions are significant. By the time the production is canceled, the organization has already invested an enormous amount of time and money into its creation that it will not be able to recoup.

“The best way for patrons to help organizations like the Maltz Jupiter Theatre is to consider donating their tickets back to the theater for a tax-deductible donation or making a new contribution,” he said.

“Think of it as an investment in our future,” Kato said.  “It is in critical times like these that we ask our supporters to stand by and believe in our work. Most nonprofits do not have the huge reserves to shoulder these catastrophic losses and we ask that the public be mindful of that as we journey through this difficult time.

“We will get through this together, and we’d like to thank our patrons in advance for their support,” Kato said.

Locally, the Cultural Council is looking to address these concerns by initiating strategies to support creative professionals with small grants to help with lost income.

The council plans to extend its drive-market campaign, MOSAIC (Month of Shows, Art, Ideas and Culture), to funnel resources into advertising, activations, public relations and other support efforts through the summer/early fall.

It will coordinate with Brightline to attract visits from Broward and Miami-Dade, and offer hotel packages through Discover the Palm Beaches to encourage visits, staycations, and additional tourism.

Additionally, the council is working with some of its board members and other community leaders to create a task force that will address these recovery efforts from a national, state and local level.

On the national level, Americans for the Arts has put together a number of demands for Congress to act, including designating a minimum of $4 billion — to be distributed through the National Endowment for the Arts — to help offset losses in the nonprofit arts industry and to expand federal programs to ensure artists, entrepreneurs, and small businesses can utilize business interruption relief.
The group requested making additional sums available to the artists and art organizations in the for-profit arena.

Thanks to the $2 trillion emergency stimulus package passed by Congress during the last week in March, $300 million in economic relief will go to support nonprofit cultural organizations, including museums, libraries, public broadcasting, and state and local arts agencies.

Funds have been allocated as well for independent contractors such as actors, musicians and artists in nonprofit organizations and small businesses, as well as those working in the creative economies.

“Our research shows that the coronavirus is already having a devastating effect on arts organizations and artists,” said Robert L. Lynch, Americans for the Arts president and CEO. The nonprofit arts sector is a $166 billion industry and it is suffering.

“There will be a measurable economic and social ripple effect that will be felt in every city and town as arts organizations and performances close, leading to further losses for restaurants, bars, parking facilities, hotels, and much more.

“The economic damage will be in the billions,” Lynch said.

And yet some remain hopeful.

William Hayes, artistic director of Palm Beach Dramaworks, which will celebrate its 20th anniversary next year, is already brainstorming with his staff about how to move forward.

The Light in the Piazza, Craig Lucas and Adam Guettel’s Tony-award winning musical, was scheduled to run this month and has now been postponed.

The set was built, the custom-made costumes were delivered, the 14 actors in the production were ready to go, when the bottom dropped out. Hayes offered two weeks severance to his cast and made no-cost housing available to them. He hopes the staff will remain available and committed to the show when it can run.

This season was one of the company’s best and box office sales were up 20%, according to Hayes.

To continue, Hayes said, “We need to do some creative thinking, be proactive, redefine what we do and  think outside the box, including how to make use of technology.”

In addition, Dramaworks has canceled the summer production of Jason Robert Brown’s Last Five Years, but Hayes hopes Kenneth Lonergan’s Lobby Hero, and The Light in the Piazza can be produced before the calendar year ends.

“We’re fortunate that we’ve been fiscally conservative and operated in the black the last 19 years,” Hayes said.  “We have some money in reserve and will most assuredly be dipping into this reserve fund.

“I hope our patrons and clientele will recognize that we are struggling and consider our long history of being fiscally responsible and understand we have no choice at this point,” he said.

“We hope that over time our patrons and donors will step up to the plate and show their support,” Hayes said.