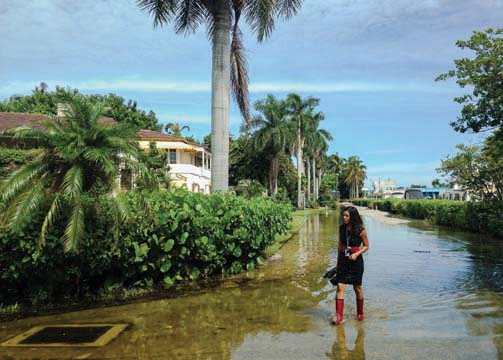 As the moon was at its closest point to the Earth in late September, its strong gravitational pull

drew higher than normal tidal waters over seawalls and bulkheads along the coast. The annual

are expected again in late October. ABOVE: A television journalist wades through flood water along Marine Way in Delray Beach.

BELOW: Tidal water floods the boat ramp and parking lot at Sportsman’s Park in Lantana. 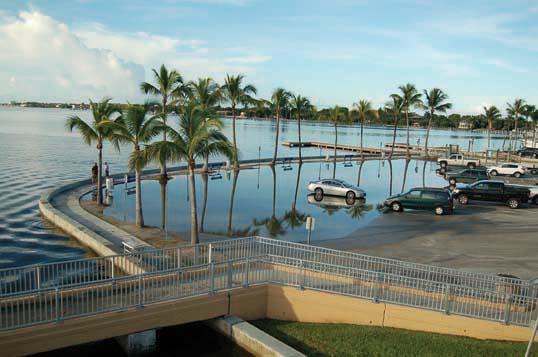 Streets near an unfinished construction project

at the Briny Breezes marina flood during a high tide.