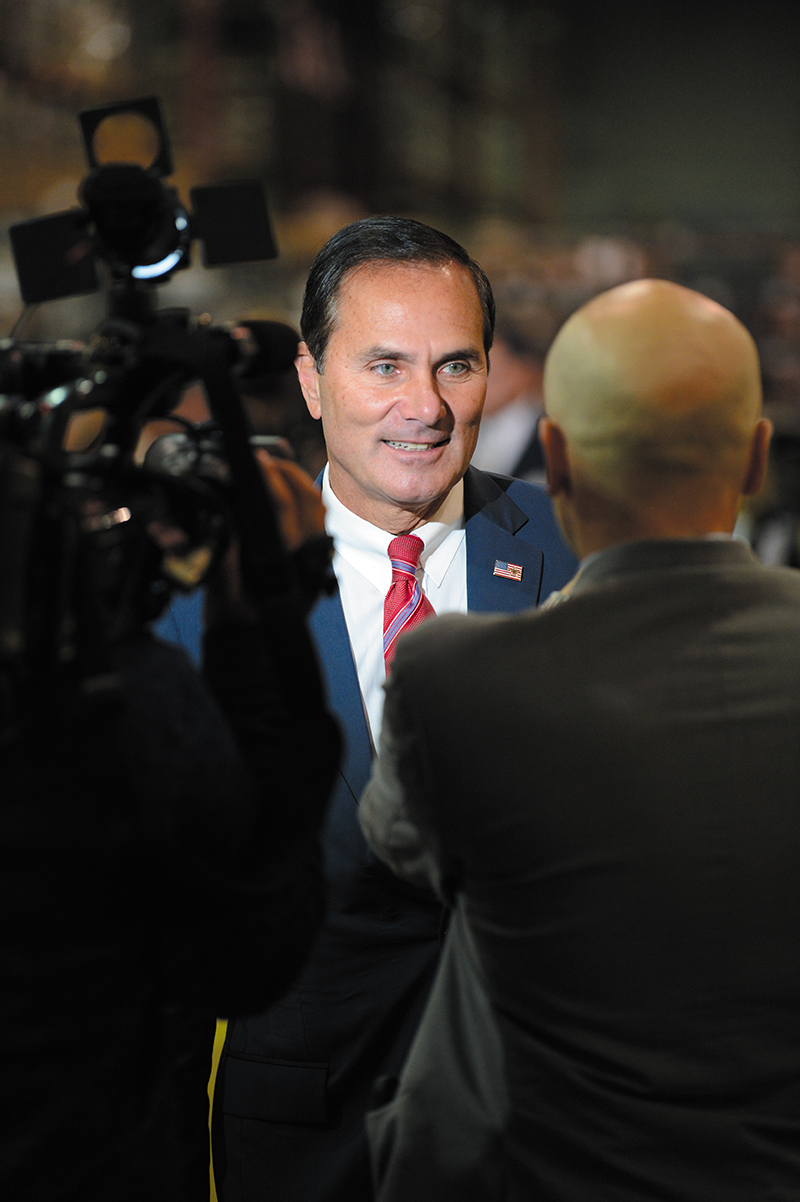 Bonfiglio has no regrets about narrow defeat

Lawsuits. Machine recounts. Protests. Overheated ballot machines. Manual recounts.
November’s general election again had all the elements to push the state into the national spotlight. But while most people across the country focused on Florida’s U.S. Senate and governor’s contests, an even closer race was being decided in south Palm Beach County.
In the end, Republican Mike Caruso defeated Democrat Jim Bonfiglio by a slim 32 votes out of 78,474 cast, but not before the totals went to automatic machine recount, a state-required hand recount and a successful effort by Bonfiglio to have the Florida House District 89 results tallied before those of the governor’s race.
“I felt like I won twice,” Caruso said after leading Bonfiglio on election night by 37 votes only to see his lead shrink slightly in the following days.
“It was very stressful,” Caruso said. “I’ve never been charged with murder or anything like that, but it felt like I was waiting for a verdict from the jury. It was a tough process.”
Caruso’s 50.02 percent winning total was narrower than those for U.S. Sen.-elect Rick Scott (50.05) and new state Agriculture Commissioner Nikki Fried (50.04).
“A win’s a win,” said Caruso, a CPA from Delray Beach.
Bonfiglio, a lawyer who resigned as mayor of Ocean Ridge to run, said he has “no regrets” over how he conducted his campaign and that his 32-vote deficit was a strong showing for a Democrat in a typically Republican-leaning district, which stretches from Boca Raton to Singer Island.

“Obviously my message resonated well,” Bonfiglio said, citing his calls for raising teacher pay, expanding Medicaid and protecting women’s rights.
“The process worked,” Bonfiglio said. “The point is, every vote matters. That is the essence of representative democracy.”
Caruso said he was shocked that the results were so close.
“We knocked on 29,000 doors, we made 9,000 phone calls, we won the sign war 1,000 to one,” Caruso said. “I thought I had outworked my opponent by far.”
But he did not foresee the enthusiasm generated by Democrats for their gubernatorial candidate, Tallahassee Mayor Andrew Gillum, who narrowly lost to Ron DeSantis.
“I can’t control the Gillum wave of excitement,” Caruso said. 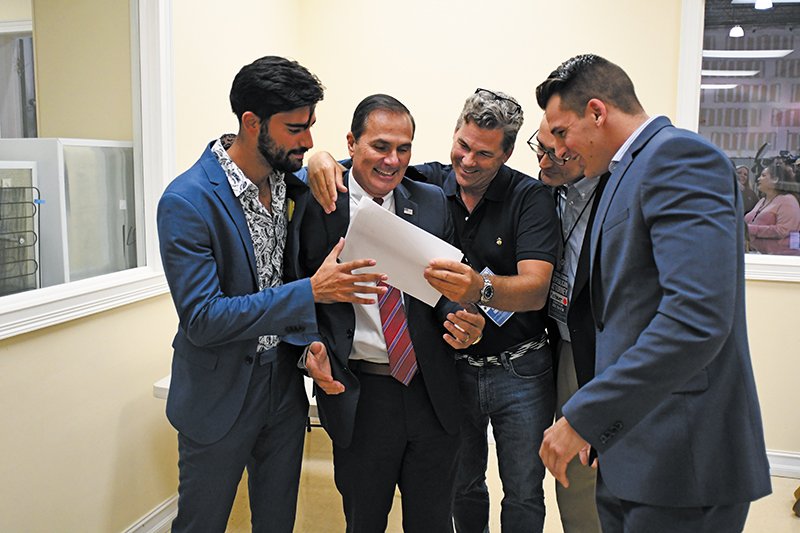 One of the first issues Caruso plans to tackle at the state Capitol is fixing problems he saw in his election.
“I understand why people stand out in front of these [elections] offices and protest,” Caruso said. “We’ll be trying to revamp the system so we don’t have this debacle every two years.”
Even though he won, Caruso said candidates and voters deserve a better process.
“When I see ballots being transferred by staff without supervision, making decisions on voter intent without the canvassing board reviewing them, in the back of the warehouse, it’s alarming,” Caruso said. “It breeds contempt by the public.”
Bonfiglio said he will “keep an eye on” the Legislature to make sure the issues that got him almost 40,000 total votes are addressed.
“Right now I’m sitting back enjoying my life and not having to run around campaigning,” he said.
Bonfiglio said voters might consider amending the state constitution to change the swearing-in date of legislators and give election offices more time to count ballots. “There’s no real need to swear in representatives on Nov. 20,” he said.
Andy Thomson, who won his seat on the Boca Raton City Council in August, also by a 32-vote margin, empathized with Caruso’s having to wait out a recount.
“It’s territory that I’m very familiar with,” Thomson said.
Thomson trailed rival Kathy Cottrell by about 200 votes most of that Election Night; the margin narrowed to 37 votes, then shortly after midnight he was three votes ahead. He said nobody remembers that after three days of “nerve-racking” recounts, he won by 32 votes.
“They all remember the three,” Thomson said. “I cannot tell you the number of people who said, ‘I saw that you won by three and I came, I dragged my college-age daughter out to vote, she wasn’t going to vote otherwise, so me, my husband and her gave you the three-vote margin.’”
Thomson said he’s never had the heart to tell people his true margin.
“You know what, they’re right. You take those three, and you add another three and you add another three, and all the people who combined to say that my household was the three-vote margin, they added up to 32 votes,” he said.
Thomson said close elections like his and Caruso’s convince people that their vote matters.
“A number of people have said that ‘You, Andy, and your election was like a civics lesson for my kids or my class or the young people who had disengaged,’” Thomson said. “Because to them, that election reflected the fact that every vote does matter, and that never, ever think that your vote won’t make a difference because it can, and in my case did.”