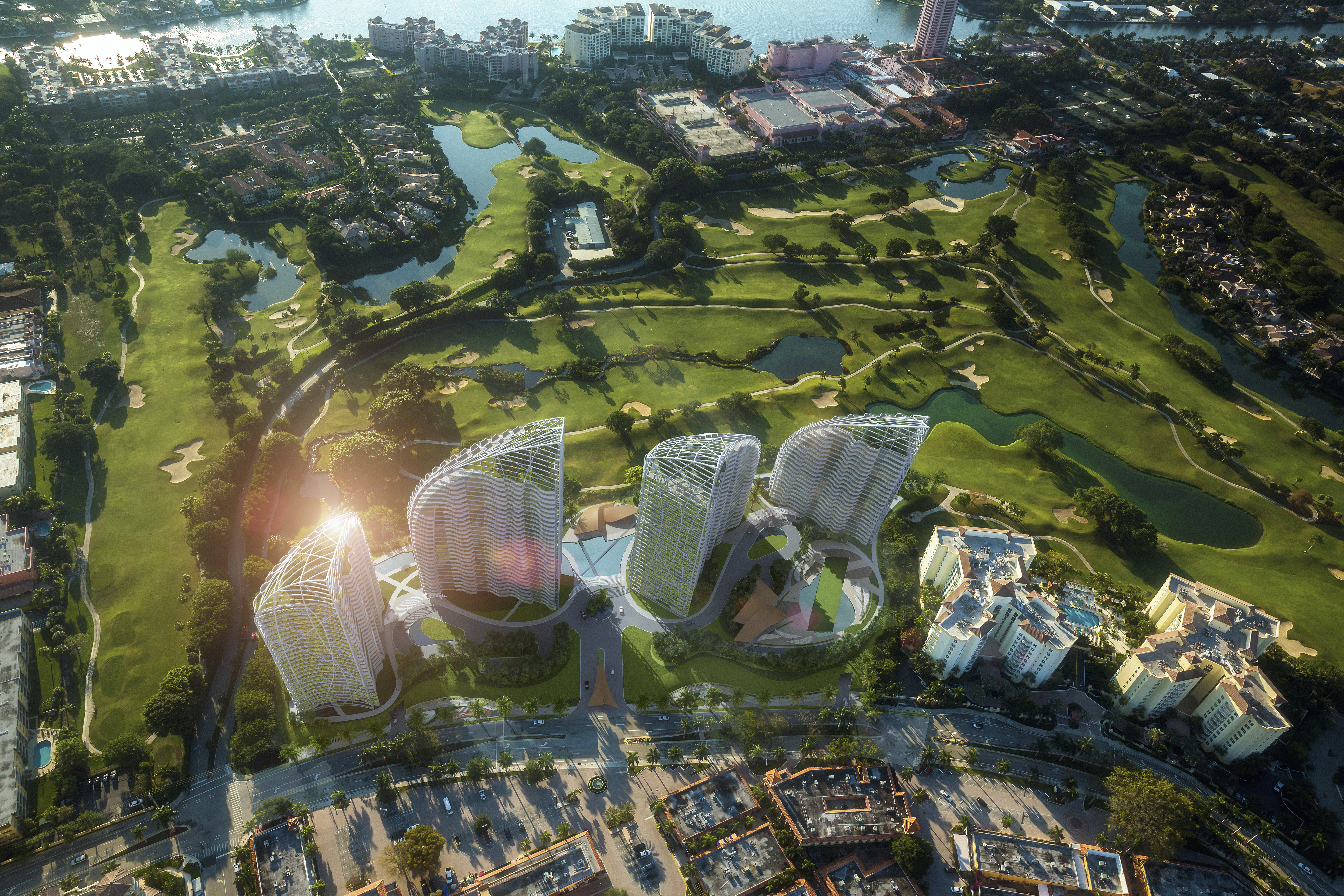 In what is certain to stir controversy in Boca Raton for years to come, a developer has submitted plans for an “ultra-luxury” downtown condominium project that would include four towers rising as high as 30 stories.

The developer also presented its rationale why such a tall project would be good for the downtown, where building heights are largely limited to 100 feet. ELAD said it would offer ocean views, add affluent residents, and increase both the tax base and demand for downtown shops and restaurants.

In an interview, Shewalter said ELAD has shown the concept to many downtown business people and residents. While most of the feedback has been "very positive", he said the company will address any questions or concerns.

"It is up to us to communicate the positives, the benefits, which include tax benefits to the city, a two-acre public park and truly world class architecture," he said.

ELAD proposes tearing down the 246 Mizner on the Green rental units on Southeast Mizner Boulevard and including in the project a two-acre public park, which the developer said would rejuvenate the area.

The project must win many city approvals before construction can begin. It will need the blessing of the Community Appearance Board, Planning and Zoning Board and the City Council. The council also would have to pass an ordinance that changes height restrictions.