For the first time in more than a year, injured turtles are being treated once more at Gumbo Limbo. In August 2011, the center let its rehab certification expire while a new, $2.5 million sea tank pavilion was being built only yards away. Too much noise. The pavilion opened on June 22 — four tanks displaying four distinct South Florida marine habitats — and now the turtle rehab pavilion is back in business, too. A permanent certification has been issued by the state Fish and Wildlife Conservation Commission and the grand re-opening to the public is planned for later this month. 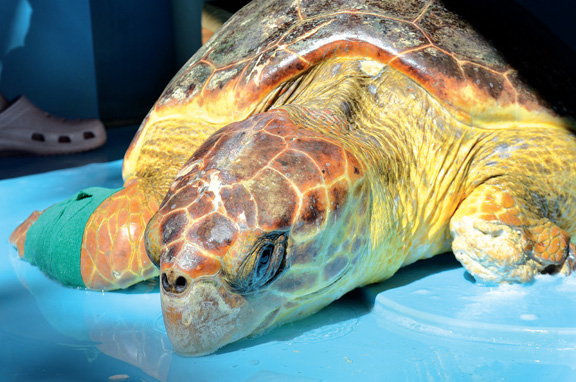