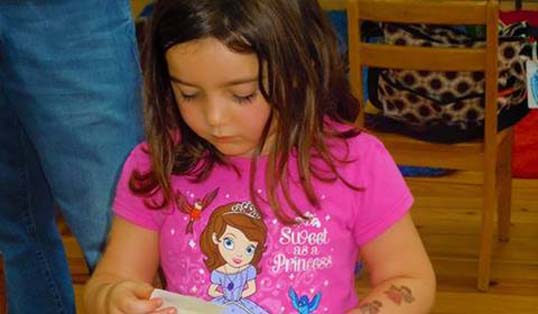 The Schoolhouse Children’s Museum in Boynton Beach offers children a glimpse of South Florida history from a time when water was pumped into a basin and milk was delivered in a bottle. But on one upcoming Saturday, the museum is transforming into a party reminiscent of Central Florida attractions.
We’re talking princesses and superheroes.
The museum, which has hosted many princess and superheroes at private birthday parties, is hosting its first official Princess and Superhero Party on April 12.
“We’re calling all superheroes and princesses to put on your capes and tiaras and come out and have fun,” said Suzanne Ross, development officer for the museum. ”The primary focus is to have fun.”
The party is geared toward children ages 2 through 6, but older siblings are welcome, Ross said. In keeping with the current craze among the preschool set, she said the party will include a sing-along to Let It Go, the Oscar-winning song from the Disney movie Frozen. It is almost assured that little princesses and superheroes alike will be belting out the now-familiar refrain: “Let it go, let it go. Can’t hold it back anymore. Let it go, let it go.”
An estimated 300 children are expected at the museum for the event. There will be photo opportunities with five princess guests and two superhero guests, as well as a DJ, activities and crafts.
The party caps off a typical week full of activities at the museum. Classes continuing in April include A Story ’N More, Amazing Art, Alphabet Adventure and Discovering our World.
“Pretty much every day there’s something going on,” Ross said.  The museum is a nonprofit based in a 1913 former schoolhouse. The museum is two floors and the exhibits are interactive. They are designed to teach children about aspects of South Florida’s history and culture such as the railway, agriculture and post office. The activity centers allow little ones to explore life in early 20th century for early settlers, which includes visiting a replica general store and doctor’s office. There is also a display on the legendary “Barefoot Mailman” dropping off mail from Lake Worth to Miami without wearing shoes.
The most popular exhibits, Ross said, are the life-sized cow that produces “milk” in the form of white ping pong balls, as well as the full-size train car the children can sit in.
“Between ‘milking the cow’ and the number of times we hear ‘All aboard’ tooting the train horn, we know the kids love those,” she said.
And for the year-round princesses, there is always time for a tea party at the Boynton Hotel station.
“There are a lot of great tea parties in Boynton Hotel,” Ross said. “For little people, it’s great fun.”
She said that from her vantage point, she gets to see wonderful bonding moments as parents and other caregivers engage their child in a tea party.
“It is joyful to watch dads and granddads having tea parties,” she said.
Parties fit for a princess — or a superhero.