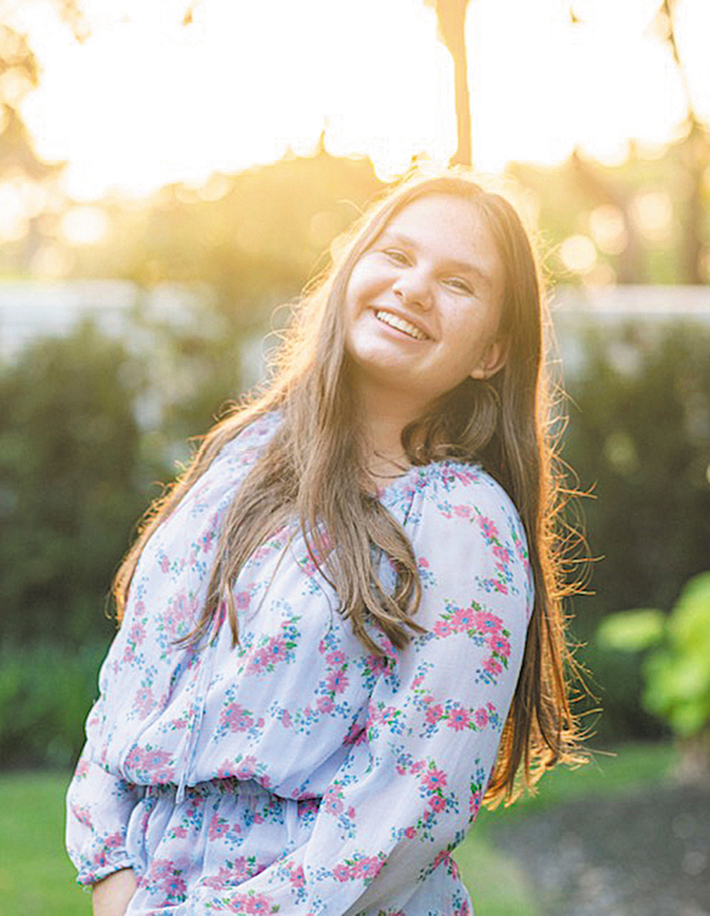 Athena Zarcadoolas has worked with her family to help people in Costa Rica, where her mom was born. Photo provided

At 14, Athena Zarcadoolas has done more to make this world a better place than some others manage in a lifetime.
“It’s fun. I do it because I want to do it,” not to fill her CV or because her parents ask her to, she said by phone.
Athena, an eighth-grader at Gulf Stream School, has helped build two schools in Costa Rica, working alongside the students who would study there. She helped rebuild a family’s home that had been destroyed by fire. Before the pandemic, Athena and her family fed hundreds of homeless people on Christmas Eve at a church in the center of Alajuela, Costa Rica.
“I want to make a personal connection, talk to them and hear their stories,” said Athena, who speaks Spanish.
Because Athena’s mother was born in Costa Rica and her parents met there, the family frequently travels to the country, where they have a second home.
“We like to eat out a lot,” Athena said, “because it supports the economy. The people have struggled a lot.”
Costa Rica is “very peaceful, friendly and very welcoming,” she said.
From her home base in Gulf Stream, Athena is a frequent volunteer at the Caridad Center, the largest free health care clinic in Florida and one of the largest in the nation. Caridad provides care for uninsured and underserved children and families in Palm Beach County.
Charity work is a family affair and Athena, with her mother, Nancy, and sisters, Dorothea and Paulina, are familiar faces at the Boynton Beach facility.
Athena, who plays volleyball and golf, also volunteers with the Miracle League of Palm Beach County, a baseball program open to all children regardless of mental or physical disabilities. She said it is important to her because she was a victim of bullying.
She was born with muscular dystrophy and goes to physical therapy once a week to stay strong and combat the muscular weakness associated with the genetic disease.
“They made me feel different, like an outsider,” she said. “Bullying hasn’t really changed. It’s a lot more secretive now.”
Athena says she’s known since she was little that she wanted to be a doctor. A few years ago, she upgraded the dream: She now plans to become a cardio-thoracic surgeon.
In keeping with her determined pursuit of that dream, Athena recently told her parents, Nancy and Paul, that she plans to go to boarding school for her high school years. She has her eye on two schools: one in New York state and the other in Connecticut.
“My parents were originally against the idea,” Athena said. “I really think it’s my best option and it will make it easier to balance my workload.”
For now Athena says English is her favorite subject.
“I love to read,” she said, adding she still prefers real paper books to a Kindle or tablet.
She also enjoys writing, and her love of literacy has made her an enthusiastic volunteer for the Literacy Coalition of Palm Beach County, where she was a top money-raiser.
“I’m a very hard worker,” she says, when asked about her strengths. And she’s organized: “I keep two planners.”
She names her late grandpa as one of her heroes for his positive attitude and great spirit, qualities she shares.
Her parents have shown altruism her whole life, she says. She can’t imagine a world that didn’t include giving of herself. To her, giving is the greatest gift.
“Some of the happiest times I’ve felt are seeing people smile because of something I have been able to do for them,” she said.