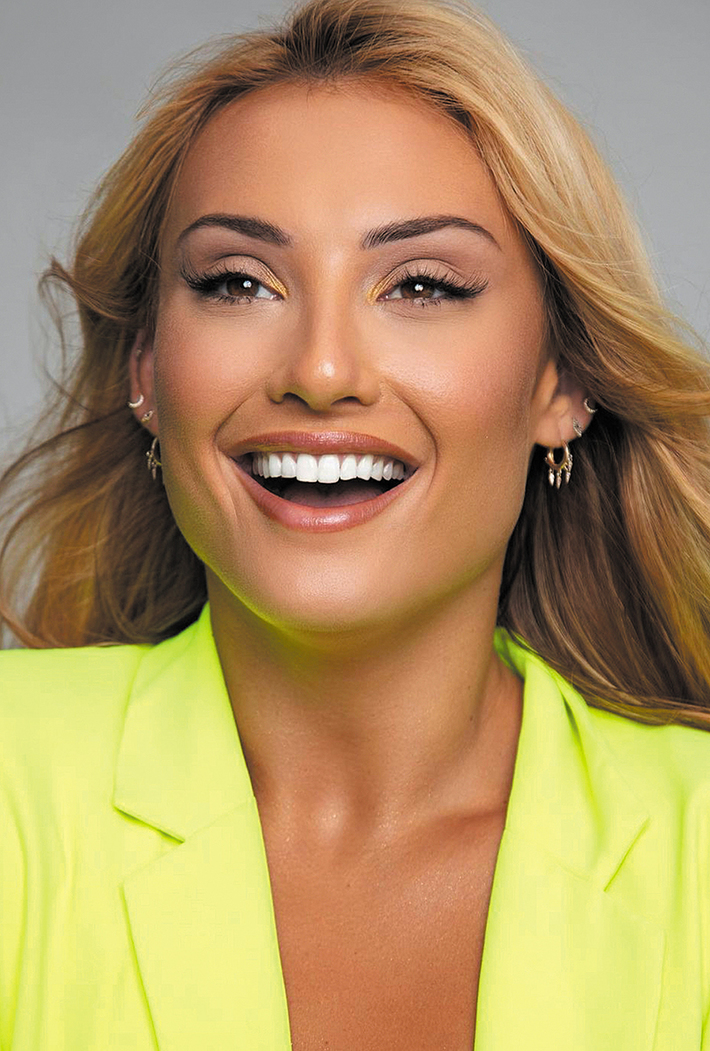 Montana Tucker’s songs and music videos aim to help people recognize the gift of their individuality. ‘Being inclusive is an important part of my platform,’ she says. ‘I’ve always wanted to inspire people to go for their dreams.’ Photo provided

Boca Raton native Montana Tucker knows the best way to beat your bullies is to become what they said you’d never be.
The successful singer, dancer, actor and social media influencer works mostly in Los Angeles these days, but still keeps a house in Boca Raton. On Jan. 15, she’ll work where she usually rests, headlining the Concert 4 Kindness at the Kaye Auditorium on Florida Atlantic University’s Boca Raton campus.
By the time she was 8, Tucker was already doing national modeling and commercial work. Around age 12, her natural dance skill was discovered by choreographer Darrin Henson (JLo, NSYNC and Britney Spears) at a dance workshop in Orlando. He encouraged the family to move Tucker to L.A., but Tucker’s mother, Michelle, opened a dance studio and hired top choreographers to teach there. A few years later, Tucker won the World Hip Hop Championships in Los Angeles.
Tucker’s achievements — from playing Serena the mermaid in Barney: The Land of Make Believe to working with Terry Crews, the likable flute-playing football player-turned-actor and lovable host of America’s Got Talent — have kept the doors opening for her.
Tucker, 28, says she has always used her platforms to promote a kinder, more inclusive world and in her first hometown concert, Tucker says her goal is to amplify kindness in South Florida. “Being inclusive is an important part of my platform,” Tucker said by phone. “I’ve always wanted to inspire people to go for their dreams.”
Especially when someone says they can’t.
She was chasing her dreams when she encountered bullying. Her hectic work schedule sometimes made her miss school, and her classmates noticed. “I was a little bigger than the other girls,” she said, “so they called me MAN-tana because of my size.”
Tucker says she began hiding in the bathroom during lunch to avoid bullies in the lunchroom. Their words could have crippled her — “I was so sensitive!” she says now with a laugh — but instead they became her ammunition. She made having a positive body image, accepting people of all shapes and sizes, and not judging others as the weapons in her anti-bullying arsenal.
Tucker knew how to get her message out. She wrote, recorded and released two songs and music videos with her anti-bullying message. I’m Not Alone, released in 2018, was Tucker’s debut single. The video features dancers with dwarfism, Down syndrome, spina bifida, facial deformities and deafness. The song has become known as “the song that saves lives” because its heartfelt message has reached people who were on the ledge.
The second song, Be Myself, released in 2021, features performer Todrick Hall and a flash mob in Times Square in the video. It was written to inspire self-acceptance and help people recognize the gift of their individuality.
Both songs will be featured at the multi-arts concert Jan. 15, which will include other local talent and video appearances by national artists. Performers, who are all donating their time, include Clarence Brooks, director of dance at FAU, BriGuel, a renowned bilingual duo from Spain and New York, and the Florida Singing Sons with Chorale Soleil.
Students and their mentors from Nat King Cole Generation Hope, a Boca Raton-based nonprofit that provides music education, mentoring and resources for youth, will also play.
The concert was organized by Bonnie and Jon Kaye of Kaye Communications in Boca Raton. Bonnie has been friends with Michelle Tucker since middle school.
“What impressed me about Montana was how she uses her platform for change. Who better to change the next generation than a truly authentic person like Montana?” Bonnie Kaye said. “I’m hoping this concert will start the year off with a message of kindness, diversity and peace.”

Challenge is uphill
The effort to stop bullying is valiant, but in the last 10 years, experts say not much has changed. A 2020 study by the Cyberbullying Research Center on tween cyberbullying is cringe-worthy: 49.8% of tweens 9 to 12 years old said they experienced bullying at school and 14.5% of tweens said they experienced bullying online. Nearly 70% of the tweens who were cyberbullied said it hurt their feelings about themselves and almost one-third said it affected their friendships.
To fight back, Tucker says, “I never respond to negative posts and messages, and I don’t let negativity win. I have thick skin.”
And whenever possible, she tries to educate others. In 2022, Tucker was named one of Maria Shriver’s Sunday Paper Architects of Change for her work educating people about the Holocaust.
“Montana Tucker is on a mission to debunk Holocaust misinformation and denial and put an end to antisemitism, one TikTok viewer at a time,” wrote Meghan Rabbitt, an editor at the paper.
Tucker filmed a series of 10 two-minute videos called How To: Never Forget, a Holocaust education docu-series for the TikTok generation. Tucker took her followers on a journey retracing her maternal grandmother’s steps to the camp at Auschwitz.
Tucker would stop bullying tomorrow if it were that easy. It’s not. She says, “I want kids to know if someone is going out of their way to hurt you, they’re not confident or happy with themselves. It’s about them.
“And one more thing: It’s going to get better.”

If You Go
What: Concert 4 Kindness
When: 4 p.m. Jan. 15
Where: Carole and Barry Kaye Performing Arts Auditorium at FAU, 777 Glades Road, Boca Raton.
Tickets: $10-$20, which will support the Make a Difference Fund for scholarships and programs at the future Kurt and Marilyn Wallach Holocaust and Jewish Studies building on FAU’s Boca Raton campus.
Info: 561-297-6124 or www.fauevents.com.