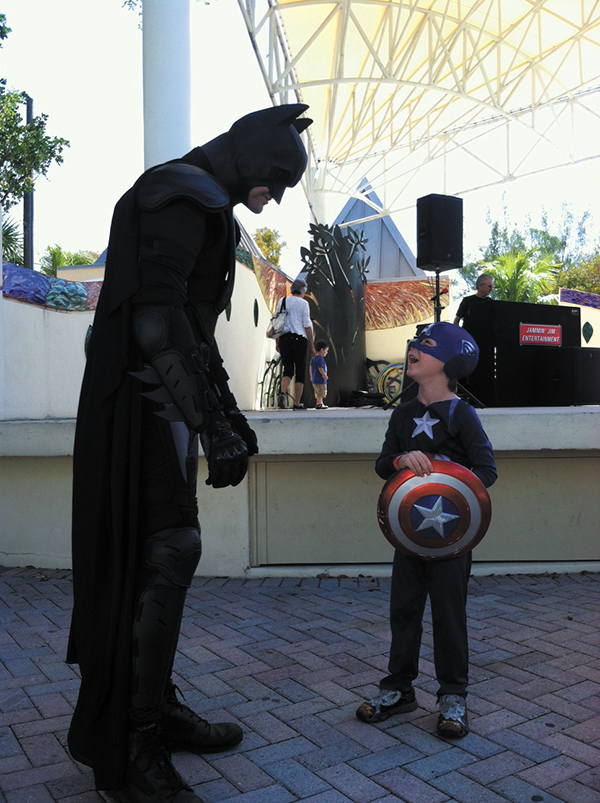 on April 22 at the Schoolhouse Children’s Museum in Boynton Beach. 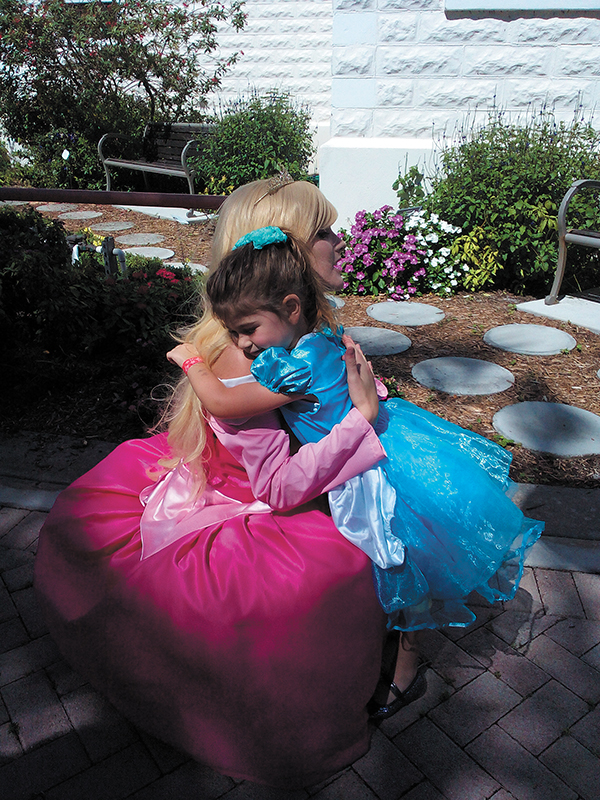 Calling all superheroes! Princesses, too!
Kids who love to dress up can wear their best princess gowns or superhero costumes and join the fun at the Schoolhouse Children’s Museum in Boynton Beach when it celebrates Princesses and Superheroes Day on April 22.
“This is our fourth year doing it,” said executive director Suzanne Ross. “It’s a really family-focused event and it brings new people to the museum, and it raises a little money.”
Ross says the nonprofit museum, which marked its 15th anniversary in November, has been a success because the team of educators and the program manager are always adding new elements, “which brings a freshness to the center and keeps the vision of the founders in focus.”
That vision? “Children will embrace lifelong learning through the joy of discovery.”
Located in the historic Boynton School building, the museum has two floors of exhibits and opportunities for interactive play, exploration, imagination and creation. It offers exposure to art, music and the sciences through free weekly programs, affordable classes and specialty workshops.
Ross has served as executive director of the museum since October 2013 and says the number of visitors has increased from about 28,000 then to more than 36,000 last year. She credits the new art classes and says “it’s so unique and so child-friendly. When the door opens and a child runs in yelling, ‘Yay,’ that makes our day.”
For Princesses and Superheroes Day, the game plan has games and crafts, dancing and face painting and the chance to meet a grown-up princess and, though not the real Batman, a close personal friend of his.
“We’ll definitely have a female superhero, too,” Ross said. “We don’t want the girls to think they can only be princesses.”
Some local heroes — police officers and firefighters — will come by to meet the kids and talk about their jobs of helping people in times of trouble, just like superheroes do. Ross says the plan is to have a police car or fire engine on site — if the vehicle is not too busy working.
“We want the kids to know these are the good guys, the real heroes,” Ross said.
Ross worked for several nonprofits before joining the museum. “I found my home. Happy children,” Ross said, “that’s the reward.
“We’re in it for the giggles.”
Teenagers and retirees interested in volunteering for the event should call the museum at 742-6780.
Princesses and Superheroes Day runs from 10 a.m. to 2 p.m. April 22 at the Schoolhouse Children’s Museum & Learning Center, 129 E. Ocean Ave., Boynton Beach.
Tickets: $10 or $7 for members. Info: 742-6780; www.schoolhousemuseum.org

A most unusual egg hunt
The Easter Egg Hunt at Ann Norton Sculpture Gardens is going to take on a surreal feeling when egg hunters and their parents discover Sophie Ryder’s giant bunny sculptures resting in the garden.
Children will hunt for hidden eggs among the 2 acres of sculptures, ponds, palms and native plants. To make sure everyone has fun, hunters will be separated into three age groups: 3 and younger, 4 to 6 years and 7 to 10 years. In each age group, there is one distinct hidden egg with a special prize inside.
The gardens contain more than 250 rare palm species, as well as cycads and unusual tropical flora, and have one of the largest public plant collections in Florida. Carefully positioned among this wealth of plants are Ann Norton’s sculptures, monolithic stone pieces created by London artist Sophie Ryder.
Ryder, 54, studied painting and combined arts at the Royal Academy of Arts, where she began to create a world full of mystical creatures, animals and hybrid beings. She says she sculpts the world as she would like it to be.
Like Norton, “working big” is part of her craft, and like Norton, she’s a diminutive woman dwarfed by her pieces. Rising is more than 13 feet tall and The Kiss is 19. Six other pieces are positioned in the gardens. Eight smaller works are on display in the studio.
Also on display in tribute to Norton’s dedication to preservation and conservation are Todd McGrain’s sculptures of extinct birds.
Norton planned the garden to serve as a quiet retreat for humans, a respite for migrating birds and a home for native wildlife. McGrain’s exhibition spotlights the loss of bird species due to environmental changes and includes five bronze sculptures of extinct North American birds.
While children seek secreted eggs, adults can enjoy lemonade in the garden. A visit from the Easter bunny is planned.
The Easter Egg Hunt will begin at 10 a.m. April 15 at Ann Norton Sculpture Gardens, 2051 Flagler Drive, West Palm Beach. Tickets: $15 adults, $10 for ages 65 and older, $7 for students, and free for children younger than 5. Tickets must be purchased in advance.
Parking is at Palm Beach Day Academy, 1901 S. Flagler Drive, West Palm Beach.
Info: 832-5328 or www.ansg.org.