ABOVE: Students of The Harid Conservatory perform a scene from the classical ballet, Raymonda, during a dress rehearsal at Countess de Hoernle Theatre at Spanish River High School. BELOW: Alexis Valdés and Lauren Leb practice the grand pas de deux from Don Quixote. 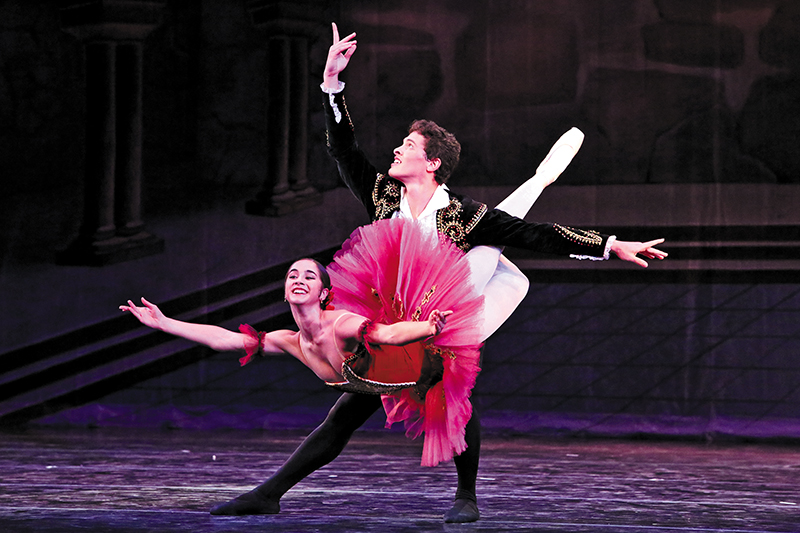 Seniors at The Harid Conservatory have practiced their grand jetés, pirouettes and other ballet steps each day since January.

By Memorial Day weekend, they were ready for the spring performances.

But they still were nervous. The three shows would be their last ones at Countess de Hoernle Theatre on the Spanish River High School campus in Boca Raton.

“Finally, we get to do it,” said Isabelle Morgan, 18, of Georgetown, Kentucky. She’s been dancing since she was 3 years old.

Morgan learned about the Boca Raton boarding school from her Kentucky dance teachers. After graduating from Harid, Morgan will take her next step with Cincinnati Ballet II, the junior company. 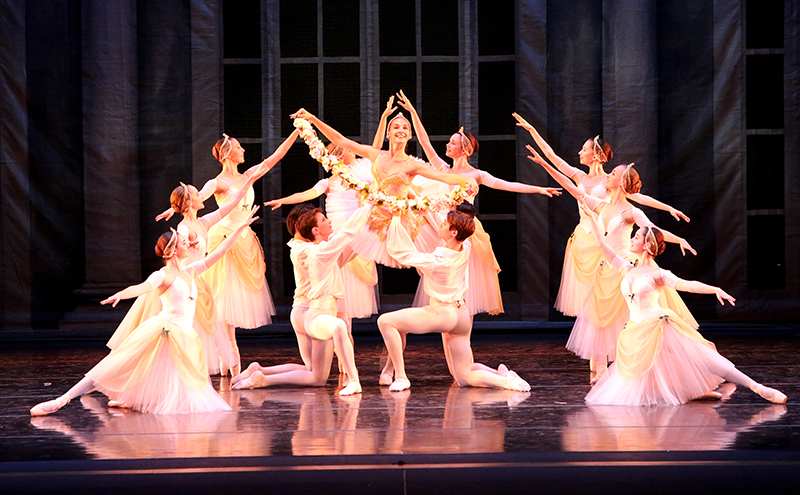 Rosemary Delorio, valedictorian of the Class of 2019, is carried through the air as Harid students perform the classical ballet, Raymonda, during a dress rehearsal at Countess de Hoernle Theatre at Spanish River High School. Photos by Tim Stepien/The Coastal Star

The Harid was founded in 1987 by Fred Lieberman, who made his money in the cable industry.

As a Philadelphia native, he knew about the city’s nearly 100-year-old Curtis Institute of Music. Impressed by that institution’s mission and history, he wanted to create a similar school focused on dance.

Lieberman was known for 20 years simply as “the donor” to Harid students, employees, friends and supporters. He rarely set foot on campus. He named the dance school after his beloved parents, Harry and Ida — combining their names to create Harid. Fred Lieberman died in March 2008.

The students do have to pay for housing and meals, about $13,000 for an academic year. Financial assistance is available for those fees.

The Harid has four dance faculty members and nine adjunct faculty members who teach different types of dance, pilates and nutrition classes. In addition, the conservatory has an academic administrator, a principal pianist, a music instructor, three accompanists and an academic mentor.

“That way, we can see how well the students dance and practice,” he said. Sixty-six students are registered for the summer session. The best ones are invited to return as full-time students.

A British Columbia native, Wright danced with the Royal Winnipeg Ballet Company in Canada. He joined the Harid as dance director in spring 1992.

The Harid also has a resident choreographer, Canadian Mark Godden. He and Wright met at the Royal Winnipeg Ballet where Godden was a soloist.

The contemporary ballet Return, Return Again was choreographed by Godden. The ballet’s performance featured 14 Harid students, with Lauren Leb and Alexis Valdés in lead roles during the spring performances in May.

Morgan prefers dancing classical ballet pieces, the focus of Harid’s dance curriculum. “I feel like I’m living out of a storybook,” she said about the classical pieces, “with the encompassing feeling of elegance and sophistication.”

Even so, she enjoyed working with Godden. “He creates beautiful works,” she said, “unlike anything I have ever seen before.”

After the first run-through with costumes in mid-May, two seniors explained why they study ballet.

“I feel that I can express myself,” Morgan said.

At the Harid, most of the ballet solos go to the students, Wright said. “Other schools bring in professional dancers for the solos,” he said.

The school does bring back its graduates for the spring performances.

This year, Harid alumna Itzel Hernandez (class of 2012) and her partner, Isaac Sharratt, had solo performances. Both dance with the Milwaukee Ballet.

Wright explained that only woman dancers wear pointe shoes (often called toe shoes), which have a shank supporting the arch and padded toes. These special shoes allow ballet dancers to dance on the tips of their toes for extended periods of time.

“It gives them a more ethereal air,” he said.

Leb, 18, a senior, said it took about six months for her to build up the muscles needed for the toe shoes. Originally from Dallas, Leb will be a trainee with Texas Ballet Theater in Fort Worth.

She danced the role of Kitri with Valdés as Basilio in the ballet Don Quixote, the opening number in the spring performance. The grand pas de deux is the final scene of that ballet.

“It looks easy,” Valdés said, “but the training is really hard.”

Growing up in Cuba, Valdés was teased for studying ballet. “It’s such a macho culture. I got a lot of flak,” said Valdés, who will be a trainee with the San Francisco Ballet after graduation. “Then I learned to not let the teasing bother me.”

Jaysan Stinnett, who is from Pembroke Pines, said he was not teased. At age 18, he is business savvy. His contract with the Orlando Ballet has a release clause should the American Ballet Theatre in New York City select him. 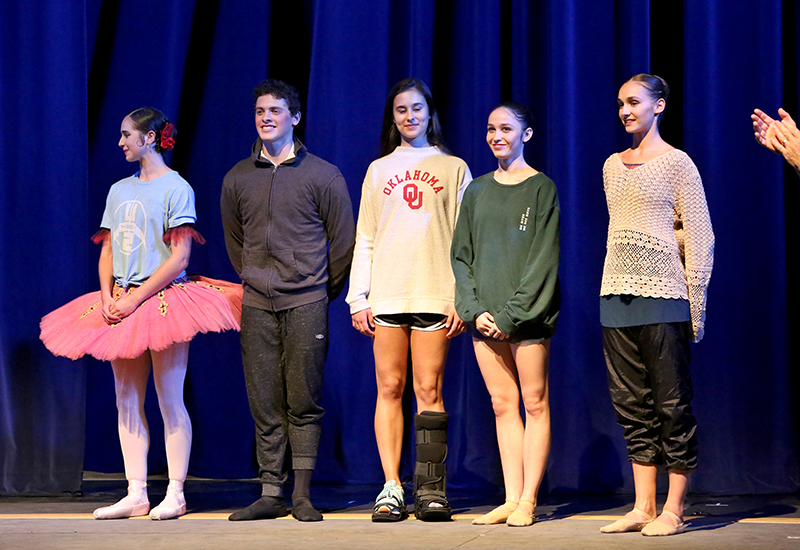 At the start of three Memorial Day weekend performances, the nine graduating seniors, including Morgan, Stinnett, Valdés and Leb, announced their names, where they are from and where they will go in the next phases in their dance careers.

Rosemary Delorio of Florida will join Dance Alive National Ballet in Gainesville and study at the University of Florida; Tyler Diggs of Philadelphia will dance with the Joffrey Ballet in Chicago this summer with the hopes of joining its trainee program next year; Catherine Doherty of Kansas will dance with the Washington (D.C.) Ballet this summer with the hopes of becoming a company trainee; and Anne Medich of Pennsylvania and Ana Vega of Florida are both enrolled in the dance program at the University of Oklahoma.

On May 28, the Harid held its graduation ceremony and gave out awards for attendance, National Honor Society and the Fred Lieberman Award for Excellence.