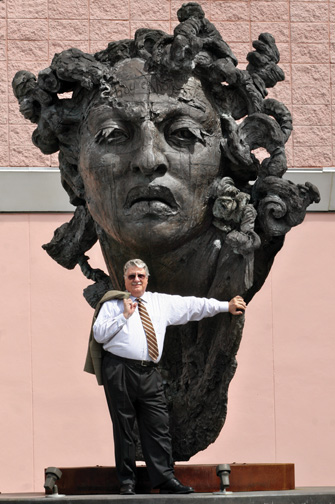 Upbeat, but not without concern.


That is the way professional arts institutions describe their view of the season ahead, which they certainly hope will be the last for a while that is riddled with economic challenges.


“The verbal reports that I’m getting from our arts organizations are very optimistic, both with subscription sales and attendance at our museums,” says Rena Blades, president and chief executive officer of the Palm Beach County Cultural Council, the prime support agency for the area’s arts nonprofits. “It’s optimism with some caution over what the economy has thrown at us, mostly
in terms of private donations.”


“The economy is on everyone’s mind right now,” concedes George Bolge, executive director of the Boca Raton Museum of Art at Mizner Park. The museum is closed for $400,000 in renovations, but is expected to reopen Oct. 12. “I think that the arts really represent the great advancements of mankind. And at a time like this, a certain amount of pride in what you’ve accomplished kind of offsets the
weighted-down feeling you get with the economy.”


Now, says Bolge, “You would think it might be difficult for us in a monetary way, but people are flocking more and more to museums.”


When the museum opens its doors, it will feature a lineup of blockbuster exhibitions ranging from Pablo Picasso to California Impressionism to Costumes from the Cinema. How can it afford such shows in this economy?

“Guys like me, we call in a lot of favors,” Bolge explains. “That way, we can get these spectacular shows, but not at the kind of cost of a retail version.”


“The more carpet I have to replace, the better I feel,” says Bolge. Also being updated is the museum’s security system, which became antiquated over time.


Arts organizations may be watching their pennies, but they are not compromising on the quality of work they are presenting. “I haven’t seen our organizations sort of dumb down at all,” reports Blades. “I’m certainly not seeing it from our theaters.” 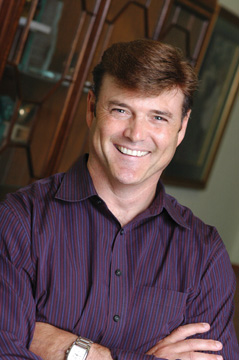 “You can’t, you just can’t” cut corners on quality, insists Clive Cholerton, who has completed his first full year as artistic director of Boca’s Caldwell TheatreCompany. “Every dollar you save doing that results in two dollars less inrevenue. People see it, they smell it. It’s the path to destruction.”

Like most organizations that depends on subscriptions or memberships, the Caldwell has seen a drop in those numbers. “I think that’s the area that gets hit the most, and it is not just the economy,” notes Cholerton. “People are less willing to commit to all four shows. They will still come out, but they’re
going to be more selective.”


Adding to the challenges that arts institutions face today are the difficulties of fundraising, particularly from the public sector. “The grants, of course, are disastrous,” says Bolge candidly. “The state and the county constantly cut the granting monies back.”


He mentions that seven years ago, Florida awarded $30 million to its resident arts organizations. This year, that figure will be $7,000, putting the state 49th in support of the arts.


No wonder the performing arts groups and museums are looking elsewhere for so-called “unearned income.”


The Caldwell has had some breakthroughs in that regard through the bolstering of its board of trustees. “Now people from the business world are approaching me, because they’re looking for opportunities to meet other people and develop business for themselves,” says Cholerton. “So now we have the ability to go to their businesses and say, ‘Hey, can you do a sponsorship of a production?’ ”


The already busy arts program at the Highland Beach Library had received a major boost, thanks to a windfall bequest from patron Sanford H. Goldstein, who left the facility $100,000 upon his death in July 2009. Library director Mari Suarez put the money into renovations of its multiuse community room, now renamed for Goldstein.


“We put in a new wooden floor, a new state-of-the-art sound and light system,” says Suarez with pride. “It is now a first-class state-of-the-art facility. I don’t think any library has this.” Harder is figuring out is a way to increase the number of concerts and art exhibits in the room. “My goodness, that room is occupied almost every single day of the week, but you can always increase by juggling the times,” she adds.


Ask Joe Gillie, longtime executive director of Delray Beach’s Crest Theatre, about his outlook for the season and he responds quickly with one word, “Excellent.”
He adds, “We are just trying to hang on and provide the services that we’re known for,” plus an increase in the arts complex’s educational component, like its new expanded photography classes. “People in this community are being more cautious with their dollars, but the arts are important to them.”


Even the Caldwell Theatre Company, which struggled this summer with two new plays that were sparsely attended, is increasing its programming and reaching out to new audiences. “We created Club Caldwell, a cabaret in our beautiful lobby, and starting it off with (local songstress) Avery Sommers for a night,” says Cholerton. “The hope is to attract the people who are not necessarily
traditional theatergoers that we can convert into that. If you are more creative with the way you do things, you can get by in times like these.”


Perhaps Cholerton sums the situation up best. “When you get into tough times, if you look at it from a different way, you can see a way around it. Sometimes it doesn’t feel like it when you’re in the middle of it, but there is light at the end of the tunnel.”