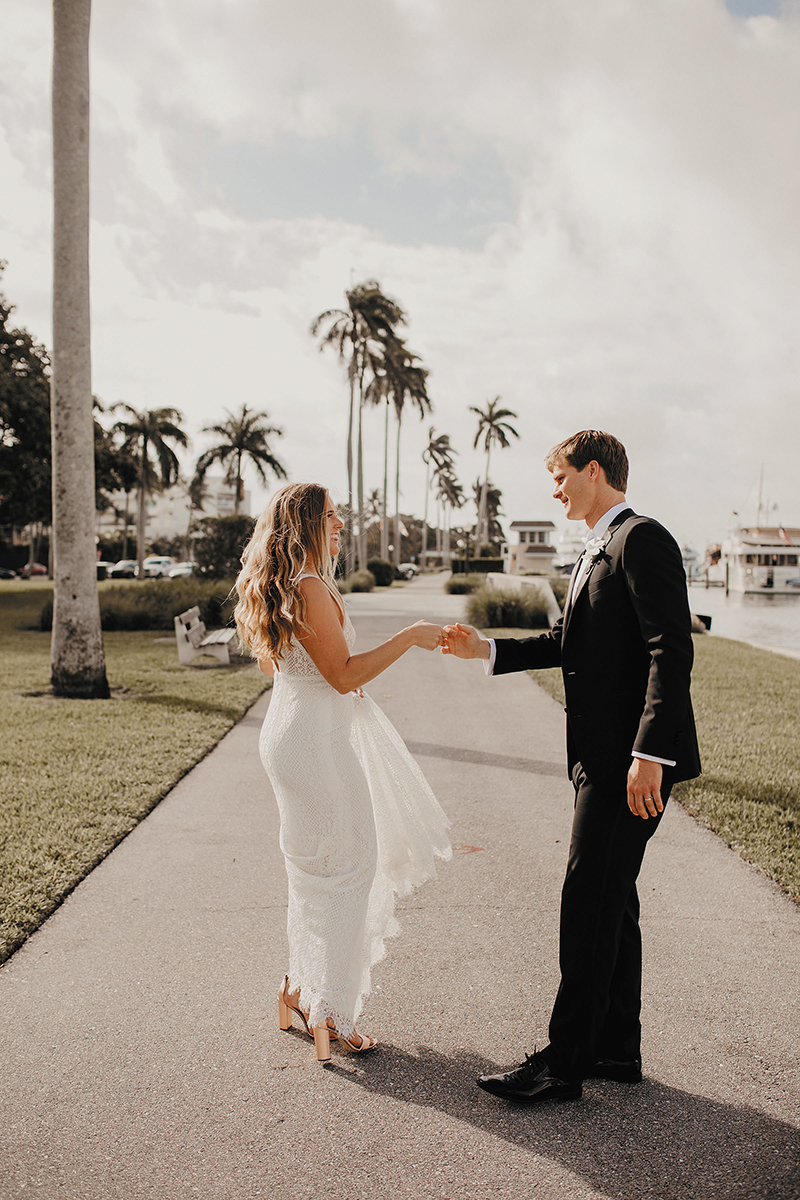 Rock and Lyn Tate of Hypoluxo Island and Gordon and Melanie Andrews of West Palm Beach announce the marriage of their children, Linda Elizabeth Tate and Brendon Richard Andrews.

Linda and Brendon were married before family and friends with Pastor Jordan Smith officiating. Hayley Carmo Sheldon was the matron of honor and Richard Andrews was the best man.  The brother of the bride, Rock Tate Jr., and the sister of the groom, Sarah Andrews, did the readings. The groom’s brother, Tyler Andrews, was an usher.  The reception was at E.R. Bradley’s Saloon in West Palm Beach.

The couple’s honeymoon was at The Breakers in Palm Beach.

Linda was born and raised in Lantana. She graduated from Rutgers University, earning degrees in journalism and psychology.

Brendon was born and raised in West Palm Beach. He graduated from John I. Leonard High School and from the University of Louisville, earning a degree in human health performance with a concentration in physical education and a minor in health education.

Linda and Brendon were both competitive swimmers and met through the Lake Lytal swim team. Linda captained the team at Rutgers and was a Big East Academic All-Star.  Brendon was a Big East champion and an NCAA Scholastic All-American at Louisville.

They live and work in West Palm Beach.