The 45th Annual St. Patrick’s Day Parade in Delray Beach held on March 16 hosted firefighters from across the state, country and the world. Organizers estimated a crowd of over 100,000 watched from the sides of the 14-block parade route on Atlantic Avenue. 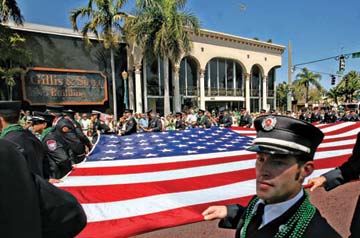