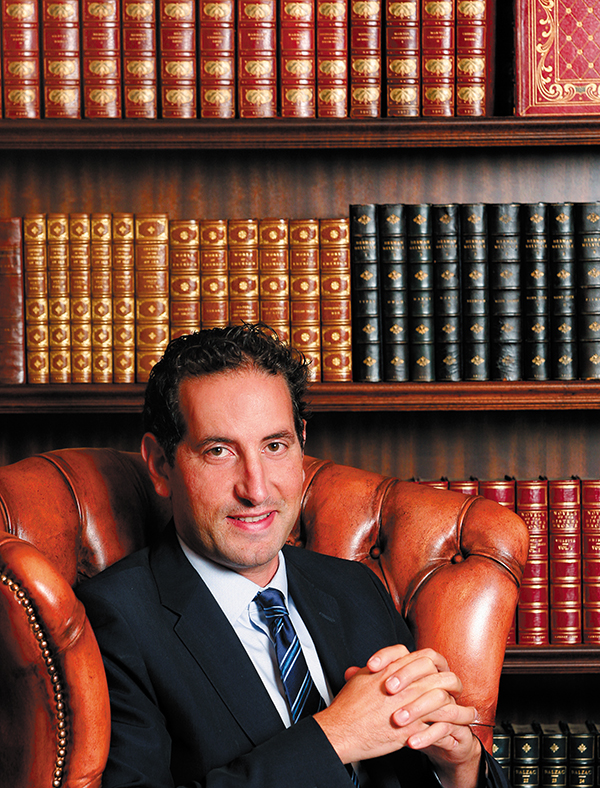 “I was a unique child,” Matthew Raptis remembers. “My parents did not allow me to have video games, so I read books and played outside.”
Reading gave Raptis a love of books. Books gave him a love of history. History gave him a passion for the Civil War. And together they gave him a career.
“In 1989, when I was about 10, I bought a first edition of Ulysses S. Grant’s memoirs,” he explains. “They’re not that rare. You could get a copy for about $50.”
Now that first barely rare book has grown into a catalog of about 10,000 titles, and in November 2016, Palm Beach’s Worth Avenue became home to Raptis Rare Books, an antiquarian bookstore where George Washington, Thomas Jefferson and Abraham Lincoln share the shelves with James Bond, Tom Sawyer and the Beatles.
“This is the first venture I’ve not run out of my house,” says Raptis, who grew up near Saratoga, N.Y., and came to Palm Beach from Brattleboro, Vt. A rare book dealer for 16 years, he’d sold his wares through online and printed catalogs until now. “I had a couple of clients who live here and I wanted more direct contact with clients,” he says.
Now he’s the archivist to an enterprise that seems more museum than retail business. Browse the shelves, ponder the framed photographs on the walls, and prepare to be humbled.
Here’s the first English edition of Michel de Montaigne’s essays, printed in 1603.
There’s Profiles in Courage, signed by John F. Kennedy.
Here’s an edition of Alcoholics Anonymous signed by Bill Wilson, the organization’s founder.
There’s John Lennon’s In His Own Write, signed by both Lennon and Paul McCartney.
On the wall, a very rare Charlotte Bronte autograph hangs not far from a Thomas Jefferson letter and an autographed photo of Jacqueline Kennedy.
And here’s a 1974 first edition of Jaws, signed by the author and a catch at $1,000.
But isn’t Jaws far better known as a movie by Steven Spielberg than a pop bestseller by Peter Benchley? What, after all, makes a rare book rare?
“With a book like that, it’s all about the condition of the dust jacket,” Raptis says. “A rare book is something of limited quality. It can be rare if the condition is still very nice, or if it’s something that’s still in demand.”
So what’s the rarest of the rare, the Holy Grail for rare book collectors? Raptis considers.
“It would probably be a first edition of Don Quixote,” he decides. “One went on sale in 1989 for $1.1 million.”
Nonfiction is more sought after than fiction. “In Palm Beach, we sell a lot of Winston Churchill and Ayn Rand,” he says. And here’s a 1943 first edition of Rand’s The Fountainhead in the original dust jacket, priced at $70,000.
You might assume collectors are looking for items in perfect or near-perfect condition, but sometimes it’s the flaw that adds value.
On one wall, Raptis displays a note card from the Ronald Reagan Presidential Library, dated June 3, 1990.
“Dear Mikhail & Raisa, Welcome to California,” the former U.S. president wrote to the former Russian president and his wife. But he’d misspelled and crossed out the incorrect “Mihkail.” The corrected version is in the presidential library. The discarded copy, signed “Ron,” is available here for $8,200.
First editions of Donald Trump’s The Art of the Deal sell for about $1,000, Raptis said.
A thousand dollars for a book is not cheap, even a book co-written by the president of the United States. At the high end of Raptis’ inventory is Adam Smith’s The Wealth of Nations. Of 1,000 copies printed in 1776, only about 200 survive, which explains the $160,000 asking price.
So who buys rare books?
“My customers share a mystique about rare books,” Raptis says, “or they want a book they fell in love with as a child. Yes, prestige may be a factor, a little bit, but for the people I see, there really is an element of passion. I’ve built collections for hedge fund guys who want to own these great books they read at Harvard. I’ve sold The Wealth of Nations a few times.”
In the course of an hour, three potential buyers come through the door, even on this overcast Monday morning in the off-season. One is in search of medical textbooks and books about public health. Another asks for Edith Wharton’s The Age of Innocence. And a young couple seeking a Father’s Day gift want to know if Raptis has the Personal Memoirs of Ulysses S. Grant.
He does, the two-volume, 1884 first edition, published by Charles L. Webster & Co., founded by Mark Twain and named after Twain’s niece’s husband, who ran it.
In a lifetime of failed business ventures, publishing Grant’s memoirs was the only one that made Twain any money. The book was a huge bestseller, and Twain was able to give the late president’s widow a royalty check for $200,000.
The copy Raptis shows his young customers (and recently sold for $750) is not the same one he bought all those years ago, as a boy of 10. He won’t part with that, or his copies of One Hundred Years of Solitude or To Kill a Mockingbird, personally autographed to him by Gabriel García Márquez and Harper Lee.
And speaking of Mark Twain, here’s an 1876 first edition of The Adventures of Tom Sawyer, and a letter from Twain to Bram Stoker, author of Dracula.
How must it feel to get a new rare book or letter for his catalog? Does Raptis hold it lovingly, turn each page, ponder the binding, contemplate the genius that wrote it, the hands that have held it?
“No,” he says. “I smell it. I love the smell of rare books. That old paper. It fills me with emotion and sentiment.” 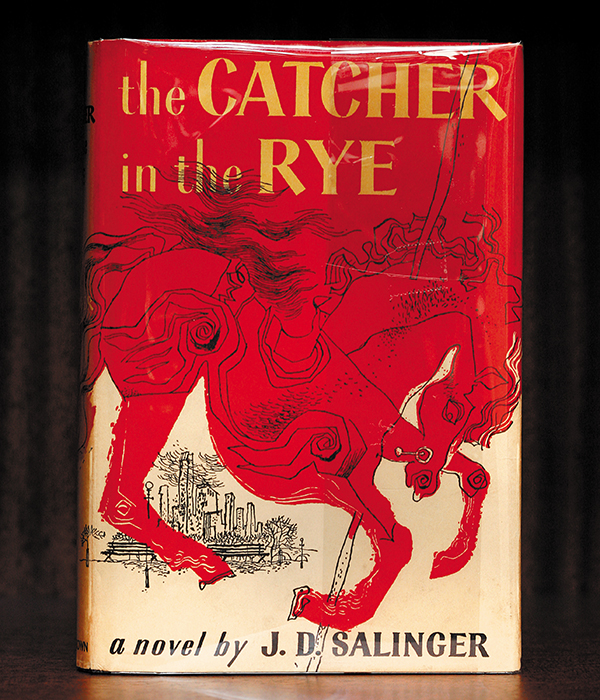 A first edition of The Catcher in the Rye, inscribed by author J.D. Salinger, is priced at $125,000. 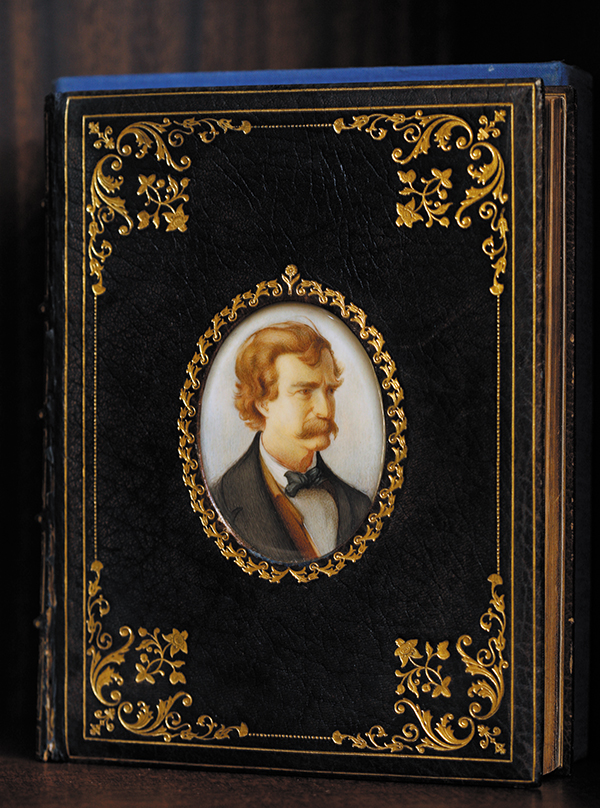 A first edition of Adventures of Huckleberry Finn is priced at $10,000. Photos by Tim Stepien/The Coastal Star