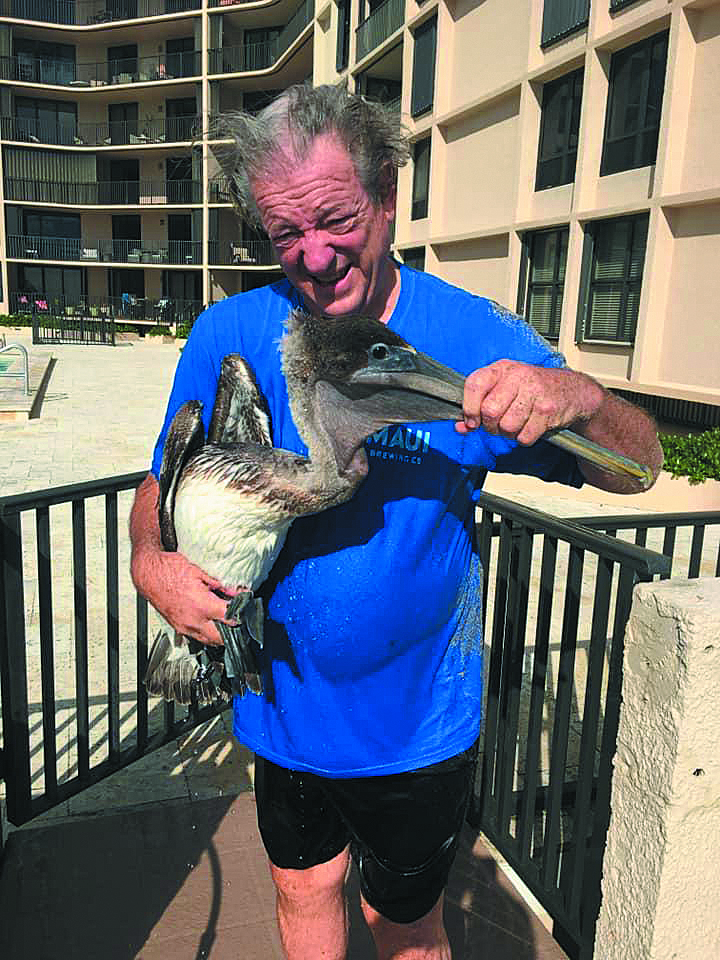 Retired avian veterinarian Greg Harrison holds a pelican found March 2 in front of the Dune Deck Condominium. A South Palm Beach resident, Harrison observed the bird for some time and intervened when it became obvious the bird was ill. After he called several rescue organizations, which were unable to provide pickup service, a driver for the Busch Wildlife Sanctuary happened to be nearby and transported the pelican to Jupiter for care. Harrison believes the bird, which is now doing well, was disoriented because of hunger, after the sanctuary representative suggested the quantity of fish for food is decreasing in this area. The Busch Wildlife Sanctuary is a donation-based organization and is open to the public: 575-3399; buschwildlife.org. Photo provided