Funeral services for former Palm Beach County Sheriff Charles A. McCutcheon have been scheduled for 11 a.m. on Saturday, June 23, with a Mass at St. Joan of Arc Catholic Church in Boca Raton. On Friday, from 5 p.m. to 8 p.m., there will be visiting hours at Glick Funeral Home in Boca Raton. A burial service, with military and police honors will take place at Boca Raton Cemetery.

McCutcheon, 83, died at home on Tuesday morning, June 19.   He had a long and distinguished career in law enforcement beginning in 1954 as a patrol officer in Delray Beach.  He joined the Boca Raton police department in 1956 and was promoted to Chief of Police in 1970.  In 1995, he was appointed the 13th Sheriff of Palm Beach County.

He was born  in Washington, PA on Sept. 4, 1928.  After serving in the U.S. Army, he received his Bachelor of Arts degree from Florida Atlantic University and his Master’s degree from John Jay College in New York City.  He was a graduate of the FBI National Academy and the U.S. Secret Service School.

He was preceded in death by Joan, his wife and life partner. He is survived by his sons Michael (Page) McCutcheon and Patrick (Clara) McCutcheon; grandchildren: Katie, Sean, Barre (Jonis), Chris, Karlie, and Michael; and great-grandchildren: Skyler and Bo Michael.

The family has suggested in lieu of flowers, donations may be made to the Boca Raton Police Athletic League (PAL) in memory of Charles A. McCutcheon. 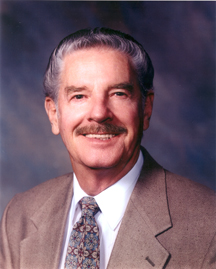