Everyone knows Ruth Jones for the cottage that bears her name.
But Mrs. Jones, a Boynton Beach pioneer, was a living, breathing landmark in her own right.
She died Aug. 27 at age 91.
“She was just so sweet to everyone — not necessarily her kids. She was tough on us. She was one tough, German cookie. She instilled strong values,” said her youngest daughter, Michele Jones, who lives in Lake Worth. 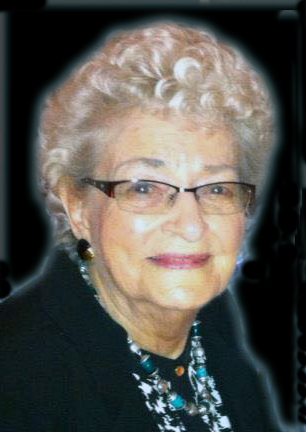 Mrs. Jones was known for her good cheer, though life was not easy.
She was born Sept. 19, 1923, in Michigan to Joseph and Marie Jetzne.
“When she was 11, she and her parents were in a car on their way to see her mother’s side of the family, and they were hit by a train. She was the only survivor,” Michele Jones said.
Tragedy didn’t end there.
“When she was 16, she was on her way to Detroit, taking the bus like they always did. The seat that Mom always sat in was taken by a black woman,” Michele Jones said.
These were the days of segregation, even up North.
Not wanting to cause trouble, Mrs. Jones moved to the back of the packed bus.
“It was hit by a train and she was the sole survivor,” Michele Jones said.
Mrs. Jones moved with other relatives to Boynton Beach in 1942, and in 1946 married Thomas Mason Jones, whose family owned the Jones Hotel.
They had five children, and tragedy struck once more as Thomas Jones was killed in an automobile crash.
“When my father died, I was 2,” Michele Jones said. “There were five of us at home. Mom was all about just doing, providing, working. ... She was all about putting food on the table and doing the right thing.”
Always impeccably dressed — she never went anywhere without her lipstick and earrings on — she worked at Bud’s Chicken & Seafood, and as an Avon lady.
She made sure her children had beauty in their lives.
“There was culture. I remember us doing the Flagler Museum and going to the ballet,” Michele Jones said. “You still had nice dinners, and you never knew she had to have worked her butt off.”
During the Boynton Beach Historical Society’s meeting in May, Mrs. Jones vividly recalled cooking at Bud’s.
“She will be sorely missed. How she raised her family, how she worked selling Avon, how she worked at Bud’s and started making their famous potato salads and coleslaw from scratch,” said Janet DeVries, the society’s former president.
A few years ago, Mrs. Jones sold her home of 62 years, and moved to Leisureville. Now known as The Ruth Jones Cottage, the house was moved just east of the FEC Railway tracks on East Ocean Avenue, where it was used as a restaurant called The Little House. Mrs. Jones loved to visit. Plans are underway for a new restaurant to take the space.
Mrs. Jones is survived by her son, Thomas Mason Jones; daughters, Janice Heine (Joe), Emilie Little and Michele Jones; daughter-in-law, Susan Jones; grandchildren Michael Jones, Krista Tower (Joel), Cassidy Jones, Rachel Mohlman Shidaker, Keith Jones Jr. and Laura Jones; and two great-grandchildren, Riley Shidaker and Emma Tower. She was preceded in death by her son Keith Jones and two grandchildren, Colby Jones and Carly Jones.
Visitation will be 5-8 p.m. Monday, Aug. 31 at Scobee-Combs-Bowden Funeral Home, at Federal Highway and Northeast 15th Avenue, Boynton Beach. Funeral Services will be held at 11 a.m. Sept. 1 at Holy Trinity Episcopal Church, 211 Trinity Place, West Palm Beach. Reception will follow.

“She’s one person who would give her undivided attention and could be an avid listener, something that can be said for very few people today. I met her through the historical society and loved to hear her stories,” DeVries said.