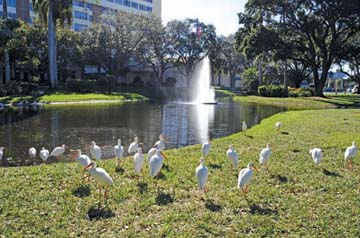 while a flock of ibis looks for food on the grounds. 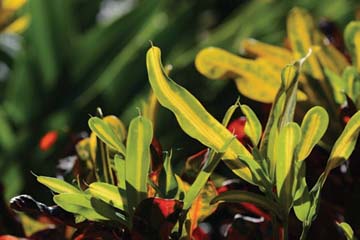 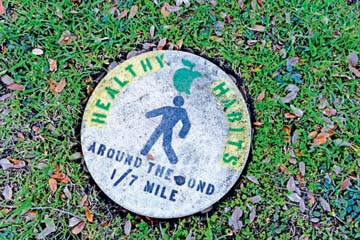 Hospitals usually aren’t particularly pleasant places to visit. “Anyone who comes here is, for the most part, in a very stressful situation,” said Thomas Chakurda, referring to the Boca Raton Regional Hospital, where he is vice president of marketing.

Whirring machines, hurrying doctors and nurses as well as the inevitable buzzers and alarms on monitors are anything but relaxing. But at BRRH, they are trying to counter the high-tech atmosphere indoors with a natural space or park-like area outside. 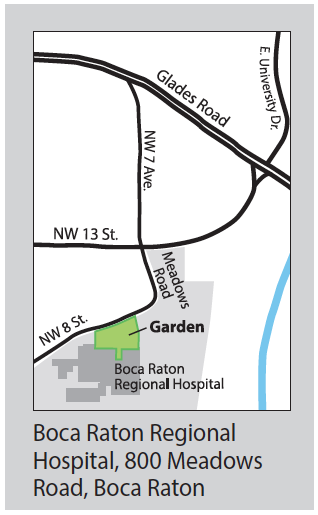 emergency room entrance. If you look at early photos, the land is almost empty except for what looks like a drainage pond.

But over time, landscape shrubs have been added, trees planted and concrete paths laid. “It’s been cultivated so it looks more appealing and offers a tranquil setting for visitors,” Chakurda said.

Although the garden isn’t the result of philanthropy, some things in it have been dedicated. For example, Jaycox Lake is an S-shaped water feature with four shooting jets of water to keep it aerated. It’s named for the director of engineering at the hospital from 1965 to 1983.

The grassy area that measures about 150 by 250 feet, is nicely shaded by more than a dozen oaks and a variety of palms, including robellinis, royals and thatch palms. Touches of red come from the flowers of the firecracker plant and splashes of orange are contributed by the flowers on the ixora.

The feathery foliage on the aptly named bottle brush tree will soon be showing red. In the meantime, plenty of yellow, red, purple and green crotons add their own bright displays.

Variegated ginger tosses in its yellow and green striped leaves. And when it’s ready, the wild coffee drips with red berries.

You can sit on one of the wooden benches and enjoy the oversized crinum lilies brushed by a light breeze. You’ll be entertained by a flock of Muscovy ducks that swim in the pond and sun themselves on the grass. Their red masks make them look almost comical. You also can watch white ibis strut their stuff.

Or you can just sit.

“Many find this a healing environment in almost a spiritual sense,” said Chakurda.

Staff members come here for a break or lunch at one of the picnic tables. Ambulatory patients have been known to escape their hospital floors. And visitors use it as a place to take a break, catch up on email or read a book.

“You sure wouldn’t find a spot like this at a hospital where I’m from in New York,” said Tamara Stein of Roslyn Heights, Long Island. She was visiting her mother, Frances Felbert from Delray Beach. “It’s much nicer waiting out here by the lake than inside with other patients.”

“I have a fond memory of this place,” she said of a visit 10 years ago when her father was here for surgery. She remembered a terrapin turtle surfacing from the depths of the lake.

“At the time it was kind of frightening because they are such strange creatures,” she said. But on this visit, she’s keeping her eyes open. “I kind of hope to see him again,” she said.