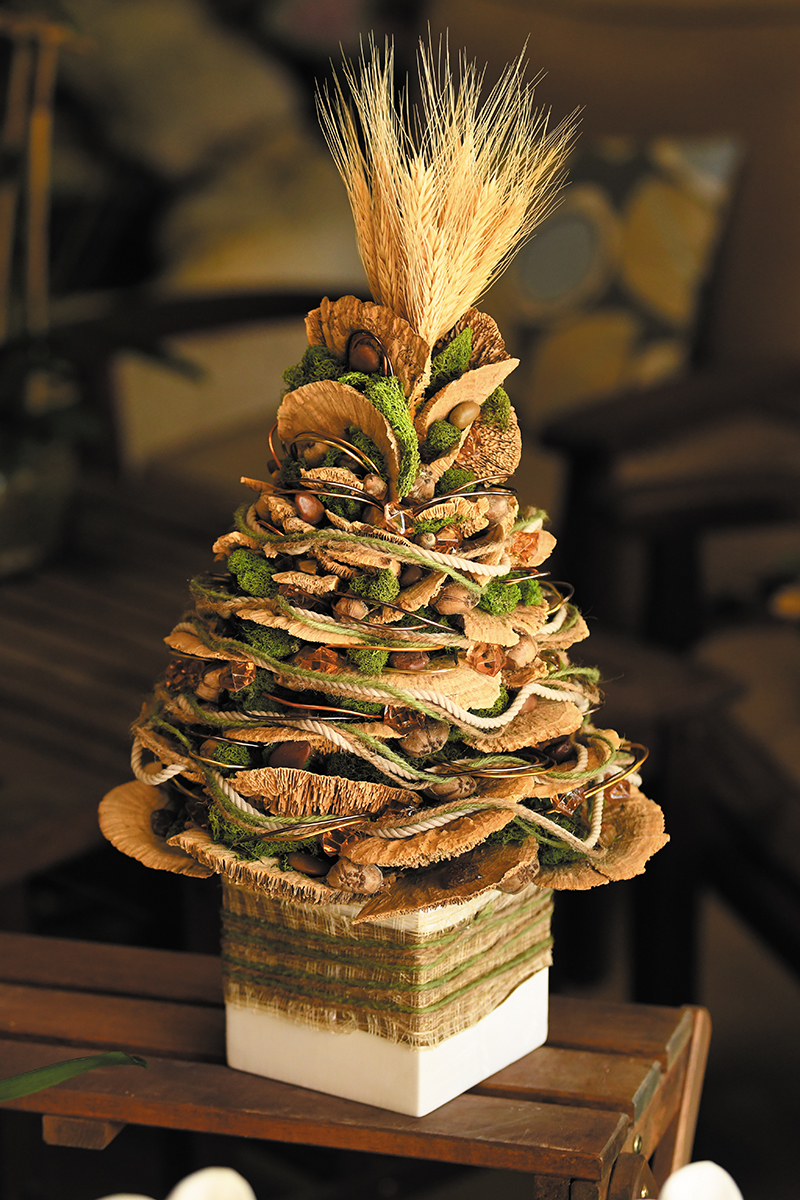 With the holidays fast approaching, the race to find perfect gifts has started. And for many, the winning selections will be floral arrangements and potted plants.

As a result, 70 million to 80 million poinsettias will be sold in the U.S. during this Christmas holiday season, according to Sundale Research’s “State of the Industry: Florists in the U.S.”

But you don’t have to limit yourself to those seasonal stalwarts including the traditional red, white and green floral arrangements you so often see, says Michael Mayer, owner of Tamara’s Flower Garden in Delray Beach for 15 years.

His boutique shop specializes in individually created floral designs that are predominantly made with high-end or “Dutch” flowers, including peonies, roses and tulips.

“These are things you can get from Holland that are better than what’s grown in other places,” he explains, adding that he works with many suppliers offering an international assortment of blooms.

Having grown up as a self-described jock living in New Jersey, he discovered his artistic side when he took an art class in college.
“When I started, my work looked like what my son hangs on the refrigerator from first grade,” he says. But it wasn’t long before Mayer’s work was shown in a campus gallery.

During his time enrolled at the New York School of Interior Design, he learned he wasn’t interested in the history and provenance of furniture, so he left. And that’s when he considered flower design to sate his artistic appetite.

After applying in person to over 65 flower shops on the upper East Side of New York, he heard from one. That was the well-respected Anthony Garden Boutique, and it taught Mayer the Victorian and French floral design in which the store specialized.
“This is where I got intrigued with the artistry of flowers,” he says.

From there he moved to shops that helped him discover other styles, including dish gardens, classical, tropical, Old World, whimsical garden and, his favorite, the clean lines of modern floral design.

On a recent visit to his shop, we were welcomed into his studio to watch as he worked his magic with blue and white peonies, bells of Ireland and even kale and thistle to create a floral piece for a client.

As he selected flowers and greenery out of the cooler and arranged them, he explained why he finds his work fulfilling: “I believe that flowers bring an energy with them and, if designed correctly, that energy becomes stronger and brings smiles to people’s faces.”

To help you design floral arrangements that create smiles this season, try these tips for purchasing an arrangement or creating your own:

Money matters: Mayer believes that if you are on a budget, it’s often better to create a smaller arrangement made with artistry and craftsmanship from higher-end flowers than to pack a large vase with the commonplace such as daisies, baby’s breath and carnations.

Creating a three-sided grouping can fill your gift-giving needs while helping to save money on flowers. But don’t forget about the appearance of the back of the arrangement, says Mayer, who is a stickler for detail. Hide the exposed stems by tucking leaves into the top of the vase to provide a more finished look.

Find the flow: When artistically placing the flowers, consider harmony of color, shape, including how each flower looks or “flows,” and texture. One way to gain texture is to use a flower with velvety petals alongside blooms with smoother ones.

Don’t waste space: Use the “real estate” inside the vase to add to the presentation. This is particularly true when using the glass vases that Mayer prefers for his modern designs. Try adding colored acrylic “gems,” shells, pebbles and/or loops of colored aluminum wire or curly willow to the empty vase before filling it with water and starting to create your arrangement. You’ll find some of these and other options at craft stores.

Men allowed: Mayer sees that more and more men are being sent potted plants and flower arrangements. For the man in your life, you might choose a darker container or a glass one, which Mayer often wraps with a bit of twine for a masculine accent. Then he suggests using darker, richer colored flowers such as those in shades of red and orange.

A final flourish: Clean the vase, especially if it is glass. You don’t want to leave a thumbprint or smudge that makes a bad first impression.

“It’s all these little extras that make a difference,” Mayer says, knowing that his — and your — attention to detail this holiday season will be appreciated.

Tips for longevity
“Before putting flowers into an arrangement, make a long diagonal cut at the bottom of each stem. The longer the cut the better, because it provides more drinking area for the flowers.

“Another way to increase the life of your arrangement is to change the water in the vase after arranging the flowers and before presenting them. This clear water not only looks better but helps keep the flowers fresh.

“And, if you receive a gift of flowers, be sure to keep the vase filled with water and change the water when it becomes murky. Use cool water to refill the vase, as warm water can accelerate the maturation of the flowers.”