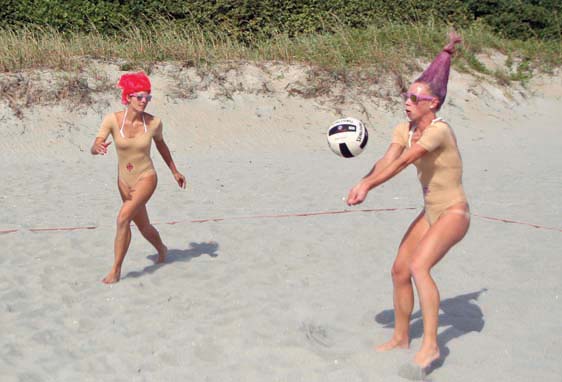 on the beach Oct. 26 at Anchor Park in Delray Beach. 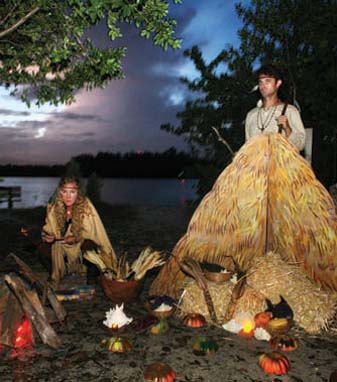 Participants portray Native Americans Oct. 19 during ‘Halloween In The Hammock’ Patches takes a dive in her tank. Boys and ghouls of all ages march in a parade Oct. 26 along Atlantic Avenue 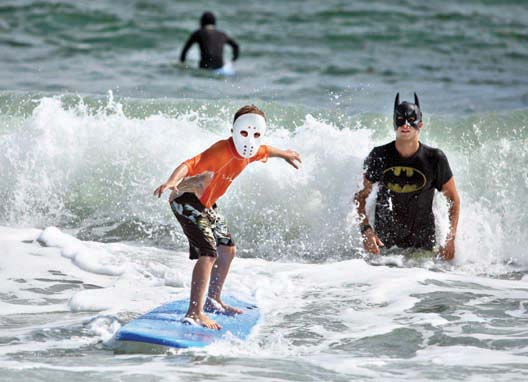 Ryan Lutwin, 9, catches a wave with the help of Batman, aka Eric Dernick, who runs Waves Surf Academy.

Ryan, who lives in Davie, was visiting his grandmother Audrey Dunn of Boynton Beach

on Oct. 26, when kids were treated to a free surf lesson in the ocean at Delray Beach.

The only catch: They had to wear a costume to participate in the ‘Monster Thrash Surf-Off.’