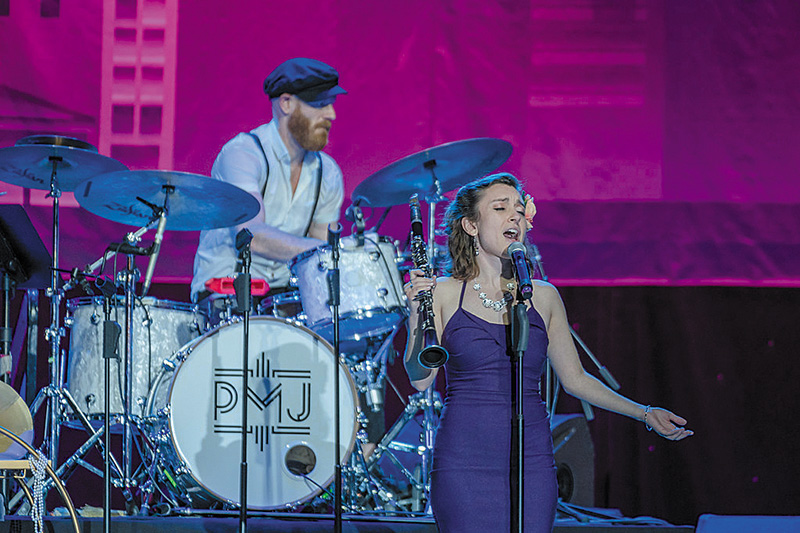 Here are edited reviews of performances that occurred in early March. For complete reviews, see palmbeachartspaper.com

This production of A Chorus Line is arguably the best work in the Boca Raton troupe’s seven seasons of operation.

Of course, it had a head start with the nine-time Tony Award- and Pulitzer Prize-winning show that strips the musical of its usual colorful sets and costumes for a look backstage at chorus dancer auditions led by Zach, a somewhat sadistic director-choreographer who uses his power to pry into the lives of his cast hopefuls.

Still, it is a difficult show to pull off well, but you would never know it from the pitch-perfect Wick production, staged by Mitzi Hamilton, a veteran of the show’s original London company and later of the Broadway cast, as well as the inspiration for the character Val of “Dance: 10, Looks: 3” renown. Hamilton is a keeper of the flame of the late Michael Bennett’s iconic direction, keeping it alive in subsequent productions like this one.

From the opening cattle call, which winnows the wannabes down to 17, to their apprehensive poses in a line waiting for their interviews, to the ethereal “At the Ballet,” to the raucous “Hello 12, Hello 13, Hello Love,” to the finale “One,” in which they become the autonomous unit Zach has been rehearsing them to be, Hamilton crafts her cast into an ensemble on a par with any tour of A Chorus Line that has ever danced its way to the area.

There is not a weak link in the Wick cast, but certain roles are natural standouts. As Cassie, the director’s former girlfriend who failed to catch on in Hollywood, Jessica Lee Goldyn is stunning in the narcissistic solo of anguish, “The Music and the Mirror,” as graceful and powerful as any performer I’ve ever seen in the role. And Jonathan Fleites is heart-breaking with Paul’s monologue of his days as a female impersonator, based on the life on the show’s co-writer, Nicholas Dante.

Emily Tarallo is probably too young for the role of chorus veteran Sheila, but she conveys all of the character’s hard-bitten attitude. And Jawan Hayes is always worth watching as Richie, the former kindergarten teacher.

The trick now will be keeping this cast together until the production can return in late April. Those theatergoers intrepid enough to attend in mid-March were treated to a remarkable show that more deserve to experience.

The final evening of this year’s festival at the Mizner Park Amphitheater in Boca Raton was damn cold, with a biting wind.
Still, the not-too-comfortable folding chairs on the amphitheater lawn were nearly filled, thanks, in large part, to the appearance of Postmodern Jukebox, an ensemble of genre-bending singers and musicians known for taking songs originally done in one style and presenting them in a totally different way.

A reworked “Thriller (Michael Jackson) was among the offerings. Michael Cunio (who introduced himself as “Coolio”) did the vocal honors and immediately notched the audience’s attention.

Known widely as PMJ, the jazz and soul-fueled troupe is a rotating musical collective founded by arranger and pianist Scott Bradlee in 2011, when he began shooting videos with friends from college in his basement apartment in Astoria, Queens.

In less than a decade, PMJ has amassed more than 1.2 billion YouTube views and 4 million subscribers. When Cunio asked the audience how many had seen the group before or were fans, at least half applauded.

Since debuting, Postmodern Jukebox has featured 70 performers and has toured six continents.

PMJ brought some fine lady vocalists, including Tia Simone, a soulful dynamo who hit some high notes that shook the stage lighting. She, Hannah Gill and Brielle Von Hugel all walked to their assigned spots in a variety of different, elegant costumes.

The audience largely chilled through the early songs, including Taylor Swift’s “I Knew You Were Trouble,” given a bouncy beat by Cunio, Simone and Gill.

In the more-intense second half, PMJ twisted a couple of tunes with remarkable agility and ability. Meghan Trainor’s “All About That Bass” was an up-tempo success.

Postmodern Jukebox closed out with an encore tracing the evolution of the Friends TV theme, “I’ll Be There for You.”

It’s about time somebody made a movie about pica, the psychological condition, first described by Hippocrates, of habitually consuming non-nutritive objects: soil, paint, glass, needles. Because of pica’s generic intersection between psychodrama and body horror, one might have thought that somebody would have been David Cronenberg.

But Swallow is the work of a new voice — Carlo Mirabella-Davis, in his debut as writer-director — whose approach is no less fastidious, and no less squirm-inducing. While his ear for dialogue could use some occasional polish, his freshman effort is auspicious and intuitive, seeing past the surface of his protagonist’s destructive condition into the cluttered belly of the matter: a controlling patriarchy whose micro-oppressions drives the behavior in the first place.

Haley Bennett, in a performance of career-catapulting depth, bravery and ambiguity, plays Hunter, a housewife who appears to be enjoying a charmed life of privilege. Her husband Richie (Austin Sowell) is an upwardly mobile businessman with wealthy parents, whose generosity paid for their comfortable New York manse.

When she learns that she’s pregnant, it is cause for much celebration from Richie and her in-laws, if not Hunter herself.

There are reasons for her reticence. Richie is an inattentive, emotionally absent Type A male. Hunter’s in-laws (Elizabeth Marvel and David Rasche) are callous and passive-aggressive to a point of unnecessary extremity.

Hunter is a textbook case for pica, which occurs most frequently in pregnant or postpartum women, or in those with physical or mental impairments. Hunter checks off both boxes.

But Swallow endeavors for a deeper, more psychologically astute depiction — one that, for Hunter, becomes synonymous with a drug addiction.

Swallow missteps in its need to date Hunter’s disease to a psychological trauma from her childhood and then resolve it a bit too tidily.