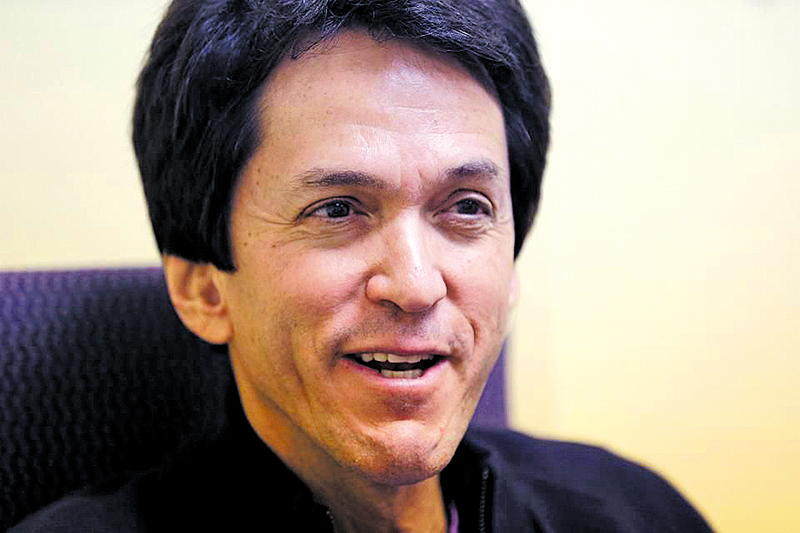 Acclaimed author and speaker Mitch Albom will be featured in Boca Raton on Nov. 14. Photo provided

Congregation B’nai Israel will host a special literary event, “An Evening With Mitch Albom,” from 7 to 9 p.m. Nov. 14 at the synagogue, 2200 Yamato Road, Boca Raton.

Well-known since he released the best-seller Tuesdays With Morrie in 1997, Albom is a popular and positive speaker. Morrie topped the New York Times nonfiction best-sellers list of 2000. Albom followed with more heartfelt books: The Five People You Meet in Heaven, For One More Day, The First Phone Call From Heaven, and his latest work, Finding Chika. It’s about a little girl and an earthquake, but it’s really a story about family.

The 2020 fundraising campaign for the Jewish Federation of South Palm Beach County kicks off Nov. 6 with a reception and a talk by one of the world’s most successful entrepreneurs, one who personifies the campaign’s theme: “Live Your Passion.”
You may not know Jesse Itzler’s name, but he’s the brains behind many successful projects. He founded Marquis Jet, one of the world’s largest prepaid private jet companies (like a boat club, it grants you access to a plane depending on a price package). He sold Marquis to Berkshire Hathaway/NetJets. 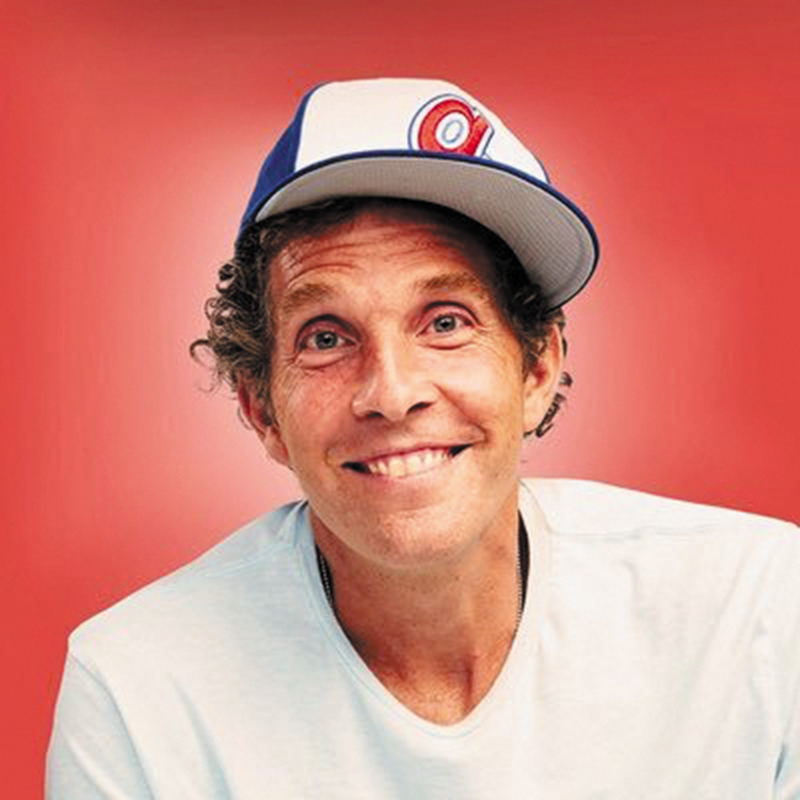 Itzler, 51, is a rarity — a Jewish rapper who appeared on MTV (he had a Billboard hit in 1991 with Shake It Like a White Girl). Later he co-founded Alphabet City Sports Records and became the producer and singer behind the NBA’s “I Love This Game” music campaign and the New York Knicks anthem Go NY Go.

His record company found its niche mixing classic arena songs with game highlights for NBA teams including the Wizards, Mavericks and Lakers. He and his wife, Spanx founder Sara Blakely, own a portion of the Atlanta Hawks.

Itzler and his partner started Zico coconut water and sold it to the Coca-Cola Co. in 2013. Then Itzler turned to writing. In November 2015, he released the book Living With a SEAL: 31 Days Training With the Toughest Man on the Planet to wide acclaim. It was a

New York Times best-seller and topped the LA Times book list. In 2018, he released the introspective Living With the Monks: What Turning Off My Phone Taught Me About Happiness, Gratitude, and Focus.

In 2008, Itzler married Blakely, whose net worth rivaled his own. Blakely (a convert to Judaism) and Itzler are raising their four kids near Atlanta.

The Nov. 6 reception begins at 6 p.m. with cocktails, heavy hors d’oeuvres and an opportunity for connection with friends and colleagues. Itzler will speak at 7 p.m. More than 600 are expected to attend the event at B’nai Torah Congregation in Boca Raton, 6261 SW 18th St.

A cover of $95 plus a minimum household contribution of $500 to the 2020 campaign is required to attend. Register at https://jewishboca.org/theopeningevent.

What do you think you would find at the intersection of capitalism and spiritualism?

Each month, Pastor Bill Mitchell of Boca Raton Community Church tries to shed light on that crossroads with BocaLead, a business lunch (and sometimes dinner) that explores how biblical principles can apply in the workplace.

The next luncheon takes place at noon Nov. 7 at the church. A dinner meeting at 6:30 p.m. is also planned.

Mitchell, with a 25-year business career to draw from, started BocaLead about five years ago. He says the goal is “to raise the bar of ethics and character” in business. Topics of discussion include leadership, team development, inspiring your co-workers and improving communication.

The lunch meets from noon to 1 p.m. the first Thursday of every month from September to June at the church, 470 NW Fourth Ave., Boca Raton. Registration is $12 in advance, $15 at the door. Get a table and bring the whole office. For more info, visit www.bocalead.com.

A new exhibition, “Rescuers: Portraits of Moral Courage in the Holocaust,” opens Nov. 3 at the Levis JCC Sandler Center, 21050 95th Ave. S., Boca Raton, with a reception and presentation from 2-4 p.m.

The exhibition is on display through Dec. 22. A series of lectures, films and programs is planned to illuminate the exhibition, including a talk by Rabbi Leon Weissberg called “Profiles in Moral Courage” at 7:30 p.m. Nov. 14. For more information, visit https://levisjcc.org/events/ or call 852-3200.

The conversation at the Nov. 21 Interfaith Café will focus on the justice system. The presenter is Dr. Martha A. Brown, an advocate of the system known as “Restorative Justice.” Its goal is to hold the offender accountable for repairing the harm to make the victim whole again as much as possible. Does it work? Is it effective?

The Interfaith Café meets the third Thursday of the month.

The meeting is free, but donations are appreciated. Volunteers are needed to assist with a variety of duties to keep this program going. For more information or to volunteer, email jane@aurorasvoice.org.